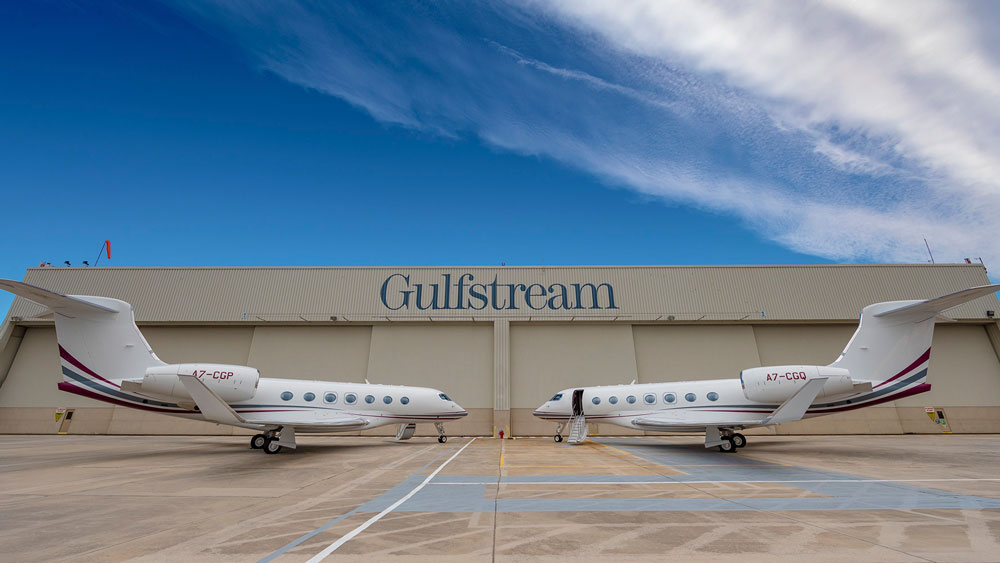 After receiving FAA certification for the G500 business jet in July and delivering the very first example to its North American owner at its Savannah, Ga., plant in September, U.S. air manufacturer Gulfstream has now made the first international deliveries of its new large-cabin model. The lucky customer at the front of the line is Qatar Executive. It’s a subsidiary of Qatar Airways that was formed a decade ago to offer private aircraft charter and management; it can even arrange charter of one of its parent company’s airliners for particularly large groups.

Still fresh with that new jet smell, the pair join a stable of Bombardier Challenger 605s, Global 5000s, and a Global XRS, as well as the lightning-fast Gulfstream G650ER. The latest additions are part of a purchase Qatar Airways made in 2014 for up to 30 Gulfstream jets, including orders for additional G650ERs and the G500’s sister ship, the larger G600, which recently had its maximum high-speed range officially increased by 460 miles.

That’s not to say the G500 is a slouch; the jet has a transatlantic range of 5,984 miles and can seat (and sleep) up to 8 passengers. And those passengers will wake feeling fresh and rejuvenated instead of foggy and jet-lagged as they get ready to land thanks to a cabin pressure that is capped at 4,850 feet and an air-circulation system that replenishes the cabin with fresh air every two minutes.

The interior systems such as audio, lighting, and video can be controlled via discreetly hidden touchpads or with your own smart device. That said, getting a new perspective while staring out the cabin’s gigantic, 28-inch-wide oval windows may prove to be more entertaining than your favorite electronic device.

While the jets have been delivered, don’t expect to hop on one this week. They will not enter service until later this year, and you cannot yet book one through the website.