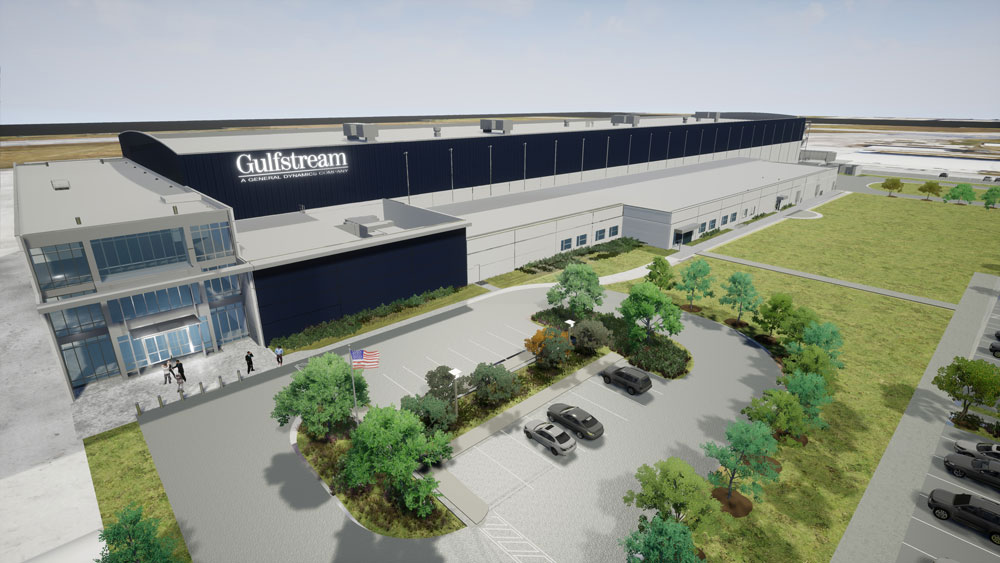 After hitting a delivery low in 2016, Gulfstream is on a comeback, having increased its business jet sales each of the past two years. Hoping to maintain this momentum and accommodate growing customer demand, the aircraft manufacturer has just announced its plans to build a brand new service center in Savannah, Ga.

The facility, named Savannah Service Center East, will be located on, naturally, the east side of the Savannah/Hilton Head International Airport. Costing around $55 million to build, it will complement Gulfstream’s main Savannah complex, which is already the largest purpose-built business jet maintenance facility in the world. Once completed, the new 202,000-square-foot center will have space for offices and back shops, as well as plenty of hangar space for the aircraft being serviced. Airframe inspections, avionics installations, interior refurbishments, and aircraft-on-ground repairs (for problems serious enough to keep the plane from taking off), will be among the services offered at the new location. In total, the two Savannah service centers will occupy a combined area of more than 1 million square feet.

Drawing attention to the opportunities that such projects bring to a community, the announcement was held at Savannah Technical College’s Aviation Training Center, which has already turned out more than 500 graduates that have ultimately been employed by Gulfstream. In fact, once the complex is completed in the second quarter of next year, it will create around 200 new jobs.

The Savannah Service Center East is not the only recent expansion for Gulfstream; It has also expanded its facilities in Appleton, Wis., and at Van Nuys Airport—the busiest airport for business jets in Southern California—within the last year. Not surprisingly, the timing of these expansions coincides with the approaching launch (likely around mid-year) of Gulfstream’s new G500 and G600 business jets, which the company is obviously hoping will greatly increase the size of their in-service fleet.