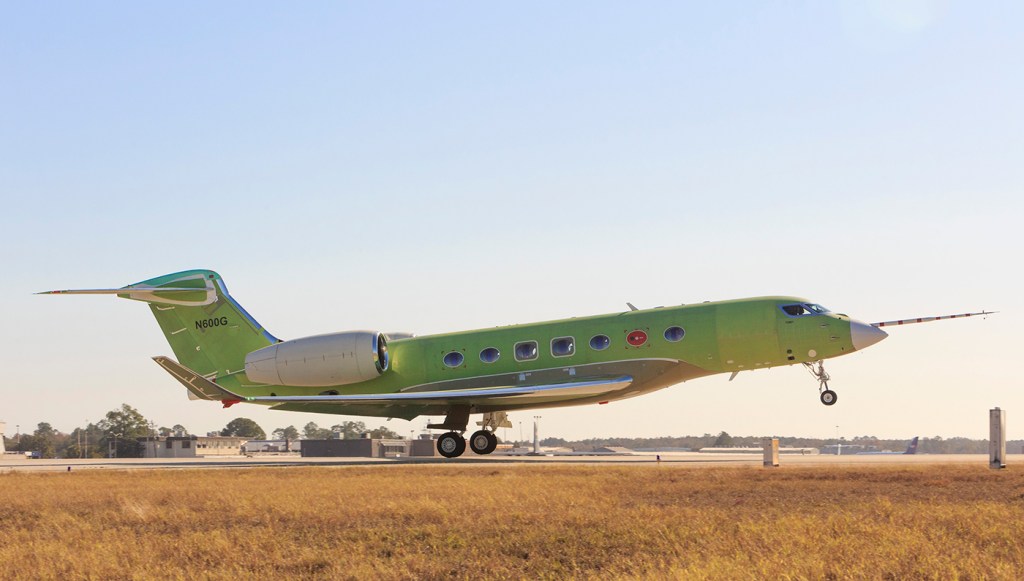 After flying through the air with the greatest of ease, the Gulfstream G600 completed its very first test flight, having successfully taken off and touched down at Savannah-Hilton Head International Airport in Savannah, Ga., on December 17. One of Gulfstream Aerospace Corporation’s latest jets, first announced in 2014, the long-range aircraft can cover up to 7,135 miles at a cruising speed of Mach .85 and features a wing design and engine configuration that is up to 23-percent more efficient than its competitors.

The cabin, measuring almost 6.5 feet in height and close to 8 feet in width, is also touted as the longest in its class and accommodates up to 19 passengers in seats that are more than 2 feet wide. And the interior, accented by 14 panoramic windows, can be customized to include four separate living spaces with 10 layout selections available.

The travelling environment is further enhanced with 100-percent fresh air introduced every two minutes and a cabin altitude set at 4,850 feet, even while at a maximum height of 51,000 feet. And pilots are also pampered, as the cockpit features Gulfstream’s Symmetry Flight Deck with active control sidesticks, 10 touchscreen interfaces, and a heads-up display.

The roundtrip trial run lasted 2 hours and 53 minutes and was conducted by the company’s test pilots Scott Martin and Todd Abler along with engineer Nathaniel Rutland. Deliveries of the G600 will commence in 2018. (gulfstream.com)