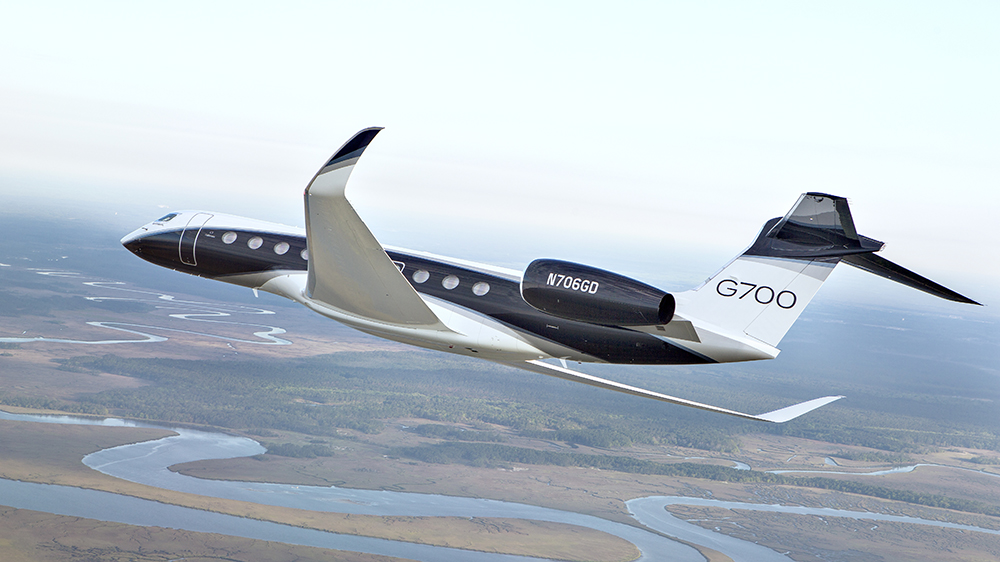 In late August, the Gulfstream G700 took the equivalent of a royal tour when it flew from its Savannah, Georgia, headquarters straight to the Doha hangar of its launch customer, Qatar Executive. The flagship plane then traveled to Paris to give European clients a preview of the finished product. The G700 set speed records on all three legs, carrying a full payload and with 10 people on board, clocking in at Mach .90 (just over 690 mph) on the return to Savannah.

“These were our longest flights to date and the first outside the US,” says Scott Evans, Gulfstream’s director of demonstration and corporate flight operations, who piloted the G700. “Operationally, it was flawless, and the 27.5 hours of flight time gave us the opportunity to maximize our test capabilities.”

Evans has seen the ultra-long-range jet evolve across five previous test aircraft, with this sixth boasting a finished interior. “We’re not required to build interiors for certification, but it lets us show customers we can provide a mature airplane from serial number one,” Evans says.

The interior of the G700 aircraft.  Matthew Stephan

Certainly, the delegation in Doha—including Qatar Airways Group executives, media and top clients—were excited to see the gleaming G700 up close. “It will be used as a charter aircraft in our fleet of long-range and ultra-long-range aircraft,” says captain Husam Khalil, vice president of operations for Qatar Executive, adding that its order of 10 G700s will supplement an earlier contract for 14 G650s.

When the G700, with an estimated price of $75 million, enters into service next year, it will mean an air war with Bombardier’s Global 7500, the plane currently sitting at the pinnacle of business aviation. (Dassault has also announced its Falcon 10X, but that ultra-long-range jet won’t enter service until 2025.) “It’s suddenly very competitive at the top,” says aviation-industry analyst Rollie Vincent. “Gulfstream has made smart choices in the next-gen development of its 650 platform,” he adds, noting the G700’s use of the new Rolls-Royce Pearl engines, larger cabin and Symmetry Flight Deck. He calls the plane “a significant advance.”

Gulfstream’s Evans highlighted the flight deck’s performance, courtesy of its 10 touchscreen monitors, advanced heads-up displays (like those found on fighter jets) and sidestick controls. “It’s a holistic design that drives simplicity, ease of operation and situational awareness,” he says. “That interplay of features is the biggest thing we accomplished in the cockpit.”

With the largest-in-class interior and features such as circadian lighting, 20 large windows and a rear bedroom suite, it’s safe to say the c—until 2025, at least.