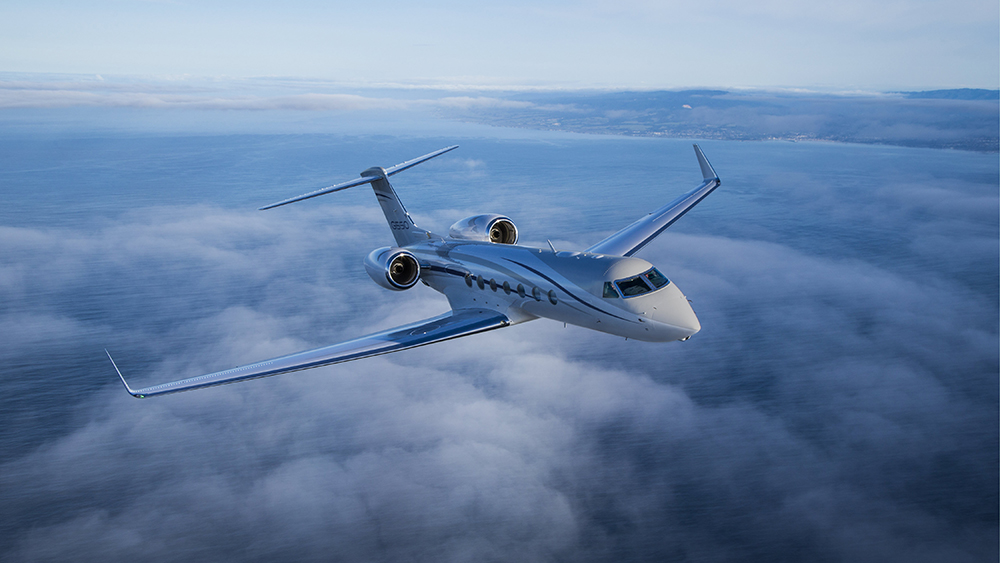 Each year, the business aviation community—manufacturers, avionics companies, fractional providers, charter firms, business leaders, government officials, flight personnel and anyone else involved in the industry—gathers in Geneva for the European Business Aviation Convention & Exhibition (EBACE), and this year is no different. Except that Gulfstream flew its fleet—the Gulfstream G650ER, G600, G550 and G280—to Geneva using sustainable alternative jet fuel (SAJF).

“We made SAJF available to our customers earlier this year and are taking as many opportunities as we can to raise the profile of this sustainable resource,” said Mark Burns, president, Gulfstream. “Gulfstream led the industry four years ago when we committed to our own supply of SAJF, and we have been strong supporters of our industry’s efforts to enhance awareness of the fuel and decrease emissions.”

The Gulfstream G280 set a new city-pair record from Farmingdale, New York, to Geneva while fueled by SAJF. The aircraft made the 3,425-nautical-mile flight in seven hours and six minutes at an average speed of Mach 0.81.

The manufacturer committed a similar feat in January, when business-aviation and civic leaders met up in Los Angeles at the Van Nuys Airport for an event called Business Jets Fuel Green: A Step Toward Sustainability. The day-long event included demonstration flights by business aircraft, established Van Nuys Airport as the first general aviation airport in the United States to offer SAJF on a trial basis and served as a model for offering alternative fuels at other airports.

Gulfstream, which has been using SAJF since 2016 at its Savannah headquarters, proved how well SAJF performs by flying its G280 aircraft into Van Nuys on renewable fuel and breaking a city-pair record on the way. (We see a trend.) The Savannah-to-Van Nuys, Calif., flight covered 2,243 nautical miles in four hours and 49 minutes at an average speed of Mach 0.85. Gulfstream has used SAJF in daily operations for corporate, demonstration, customer support and flight-test fleets and has flown nearly 800,000 nm on SAJF, saving more than 870 metric tons of carbon dioxide.

The company made its first sale of SAJF to a Gulfstream operator earlier this year and keeps a supply of the fuel for its customers at its Long Beach, Calif., facility. Gulfstream’s supply of SAJF is produced by California-based World Energy and distributed by World Fuel Services.