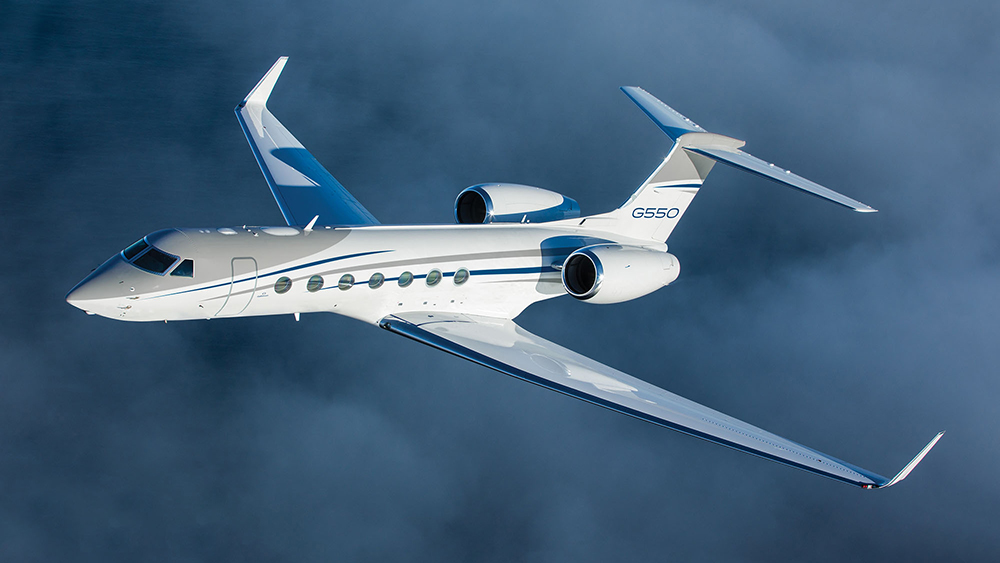 Yesterday, Savannah, Georgia–based Gulfstream Aerospace announced that its G550 business jet broke another city-pair speed record. This time, the aircraft flew from Shanghai to Seattle in 10 hours and 29 minutes, elevating the jet’s total records to 55. Other city-pair speed records include London to Tokyo in just over 11 hours and Beijing to New York in just under 14.

In April, the G550 aircraft took off from Shanghai Hongqiao International Airport at 2:09 p.m. local time and landed at Seattle’s King County International Airport-Boeing Field at 9:38 a.m. local time. The jet made the 5,123 nm flight at an average speed of Mach 0.85. The Shanghai-to-Seattle city-pair time will be sent to the Fédération Aéronautique Internationale in Switzerland for recognition as a world record once it has been approved by the US National Aeronautic Association.

“The G550 never fails to impress as it continues to break records and uphold its lasting reputation,” says Mark Burns, president of Gulfstream.

Gulfstream’s G550 is considered one of the top longest-range business jets available, and it has been in service since 2004. Powered by two Rolls-Royce engines, the G550 has a maximum range of 6,750 nm at its long-range cruise speed of Mach 0.80 carrying eight passengers and four crew on board. With a cabin length of 43 feet, 11 inches, the aircraft seats up to 19 passengers and sleeps up to eight in its four cabin zones.

The G550 can sleep eight.  Photo: Courtesy of Gulfstream

The four areas could include a private stateroom, a conference room, entertainment space and a dedicated crew rest area. For those who count on working in the air, a wireless network, satellite communication, Iridium phone and a fax/printer are standard on all G550 jets.

The cabin.  Photo: Courtesy of Gulsfstream

More than 450 Gulfstream G550 business jets are in service and together have flown more than 1 million hours. The National Business Aviation Association (NBAA) has given the aircraft a reliability rating of 99.9 percent based on those numbers.