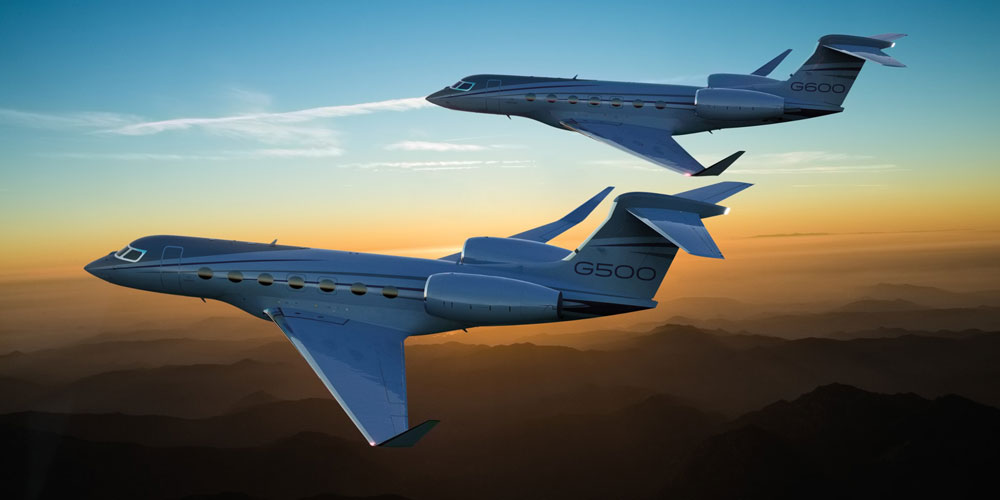 To the uninitiated, flight time may not seem like a serious concern when you’re luxuriating aboard one of Gulfstream’s business jets. But serious business travelers know that even a few minutes can make the difference between arriving to a meeting with time to spare and scrambling to reach your intended destination while running on pure adrenaline and cortisol. (Oh, and let’s face it: There’s also the bragging rights that come with having a faster plane.)

That’s why Gulfstream’s announcement earlier this week that its upcoming G500 and G600 business jets (two of the fastest business jets in the world) have both set two new city-pair records between Asia and North America is worth taking notice. The two aircraft traveled together as they left Shanghai, bound for Honolulu, Hawaii. The G500 reached its destination first—by one minute—completing the journey in 8 hours and 35 minutes and averaging a speed of Mach .9 (about 690 mph).

The following day, the aircraft once again departed together, this time flying from Honolulu to Savannah, Ga. The G500 increased its lead this time around, managing to complete the trip in 7 hours and 44 minutes—a whole 5 minutes earlier than its stablemate. The record-setting runs will have to be confirmed by the National Aeronautic Association to be official, but it already speaks volumes about the capabilities of the upcoming jets, which are both on track for certification by the end of the year. (The G500 may even be certified as early as this summer.)

Both models are equipped to carry up to 19 passengers, who will arrive at their destinations refreshed thanks to a low interior altitude (4,850 feet) and fresh air that is completely replaced every two minutes. And though you may reach your destination more quickly, with large windows, an extensive array of customization options, and multiple areas to work and relax, you may find yourself wishing the trip lasted a little longer.