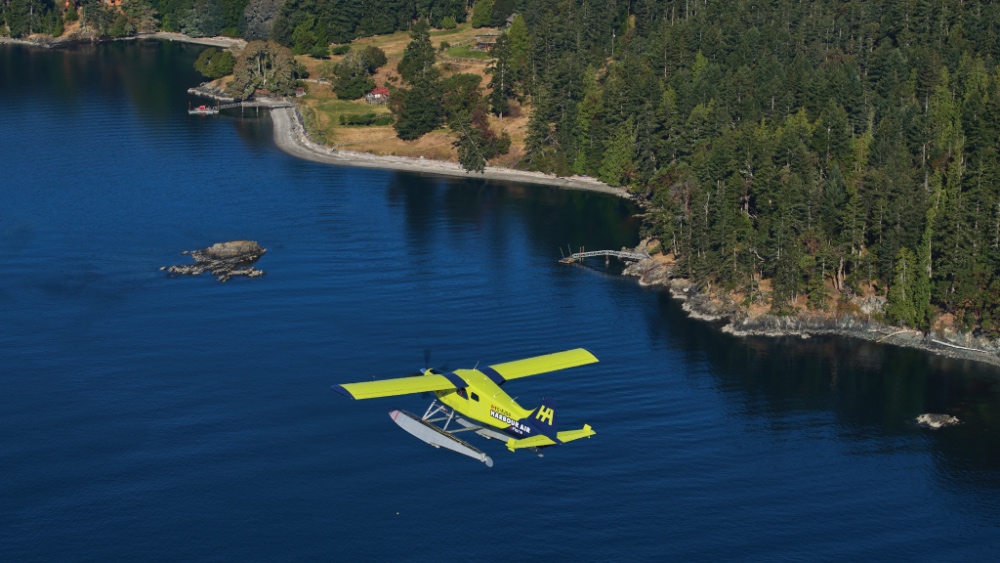 Harbour Air has been busy beavering away on the world’s first commercial electric seaplane.

The Canadian outfit announced this week that the retrofitted DHC-2 de Havilland Beaver completed its first point-to-point flight using magniX’s 750 hp electric motor. The roughly two-mile test flight from the company’s terminal next to Vancouver International Airport to Pat Bay proved that the emissions-free Beaver can carry out cleaner, more efficient short-haul flights. In fact, the electric plane even had battery power left after the trip.

“I am excited to report that this historic flight on the ePlane went exactly as planned,” Kory Paul, Harbour Air’s vice president of flight operations, said in a press statement. “Our team as well as the team at magniX and Transport Canada, are always closely monitoring the aircraft’s performance, and today’s flight further proved the safety and reliability of what we have built.”

For the unversed, Harbour Air is the largest seaplane airline in North America and transports around 500,000 passengers across 30,000 commercial flights each year. Back in 2019, it announced an ambitious plan to become the world’s first all-electric airline by equipping its existing fleet with electric propulsion systems.

That same year, the airline completed the first successful flight of an all-electric commercial aircraft. The eBeaver briefly circled the Fraser River at Harbour Air’s terminal in Richmond, British Columbia. The company has continued this testing program with the goal of certifying the aircraft with the US Federal Aviation Administration (FAA) and Transport Canada as early as next year.

This particular eBeaver will remain in Victoria to support the airline’s partnership with the BC Aviation Museum before returning to Harbour Air’s Vancouver facility for more testing. The company is expected to ground test another plane at the end of 2022, with its first flight scheduled for the second quarter of 2023.

Although there’s still plenty of red tape (and test flights) in the pipeline, this marks a major milestone on Harbour Air’s path to an all-electric flying future.