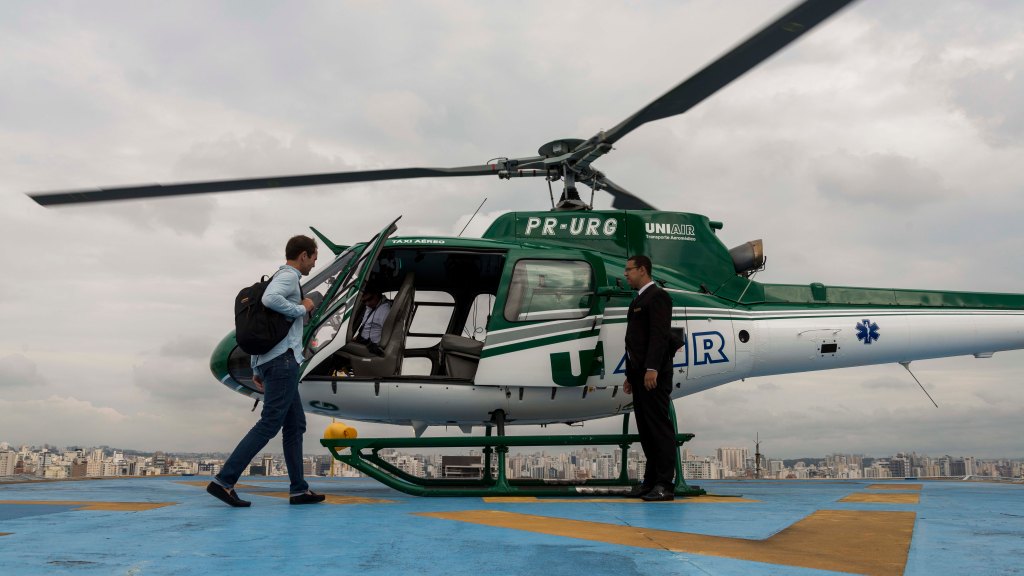 Until we have flying cars, or flying taxis, we’re stuck with urban traffic jams—or maybe not. Airbus is experimenting now with an on-demand helicopter service in São Paulo, Brazil, that can whisk travelers from the city to the outskirts, well above the congestion. The new project, called Voom, is being managed by A3, the Silicon Valley outpost of Airbus, where the staff’s job is to imagine amazing new ideas and figure out how to make them work. Its aim in São Paulo is to transform the urban commute by making air travel the affordable and accessible alternative.

Using Voom’s app, travelers easily can book a flight as early as seven days or as late as 60 minutes before departure, and it costs up to 80 percent less than traditional helicopter services—or about the same as a private car service—according to Voom. And A3 keeps in mind its parent company’s needs, too—if it succeeds, it will also expand the demand for helicopters, which are built by Airbus.

In São Paulo, Voom says, the service can take travelers from downtown to the airport in 15 minutes or less, beating a trip that takes up to three hours in traffic on the ground. The cost is as little as $77.

São Paulo’s extreme traffic congestion made it a logical first market for the Voom service, says A3. There are already more than 400 helipads available in the metro area, and 700 helicopters, making it one of the world’s busiest cities for helicopter traffic.

Voom expects to expand into more cities around the world, this year and beyond, the company says. The likely next launch will be Mexico City, sometime in the next few months.