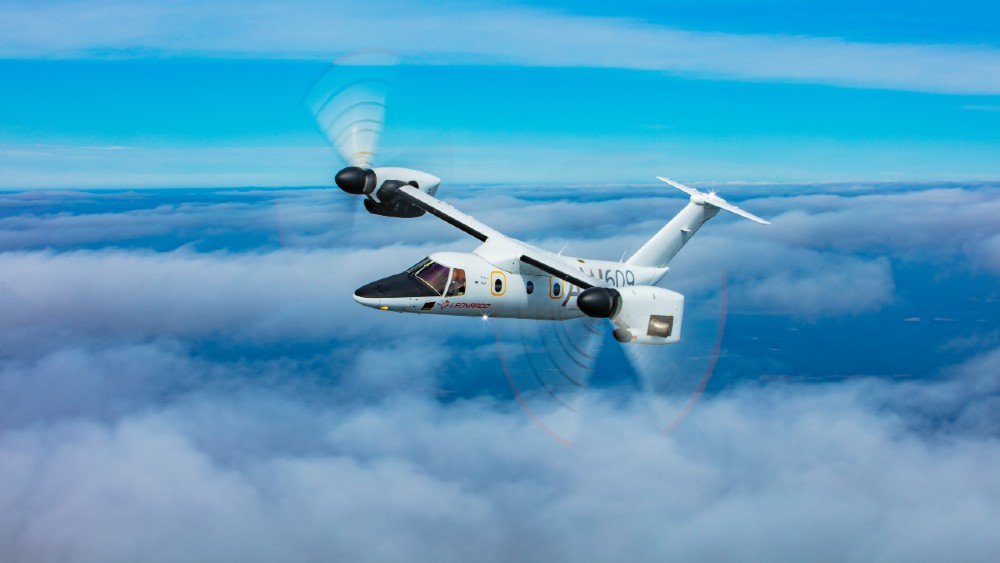 The Dubai Airshow has generated some notable helicopter news this week, including the next step in Leonardo’s long-gestating tilt-rotor aircraft, the AW609, and a new interior approach from Airbus Corporate Helicopters that cows will love. The show also marked the return of a storied luxury helicopter brand.

The interior of the ACH145 has a vegan interior, meaning none of the materials used are derived from animals. In place of leather, ACH used Ultraleather, a synthetic that aims to mimic the feel and durability of the original. Besides the seats, the design team used the synthetic on storage areas, partitions and control cuffs.

Airbus built the ACH145 for Dr. Urs and Ms. Daniela Brunner, whose Giulia & Romeo fashion line uses no animal products and donates profits to animal welfare. From the outset, the deal was contingent on creating a vegan interior but the executive helicopter maker had to find a solution that met both its quality-control and luxury standards. The result was a material that proves to be a satisfactory faux leather that feels like the genuine material. “We both greatly appreciate the skill and imagination that went into devising and installing this interior,” Dr. Brunner said in a statement.

Leonardo’s tilt-rotor AW609, which first flew in 2003, will finally compete on the commercial helicopter market, with certification forecast for next year.  Courtesy Leonardo

Also in Dubai, the fourth and final prototype of Leonardo’s AW609 entertained the crowds with speed and maneuverability displays, showing off its versatility. Its tilting rotors can fully shift from helicopter mode to forward propulsion in under 60 seconds; once it gets going it has a top speed of more than 300 mph. At cruise, it has an 870-mile range, although that increases to almost 1,250 miles with optional auxiliary tanks.

Leonardo calls the AW609 “the only tilt-rotor on the market set to receive civil certification.” That’s likely because in mid-September the fifth model—the first production model—rolled off the assembly line in Philadelphia, where it has since been in the certification process with ground testing.

The company expects to have it flying early in 2022 with certification coming shortly after that. The sixth model, already sold, is in production.

The Italian firm also used the Dubai Airshow to reintroduce its previously shuttered Agusta brand, which will now be charged with designing and manufacturing the company’s high-end luxury helicopters.