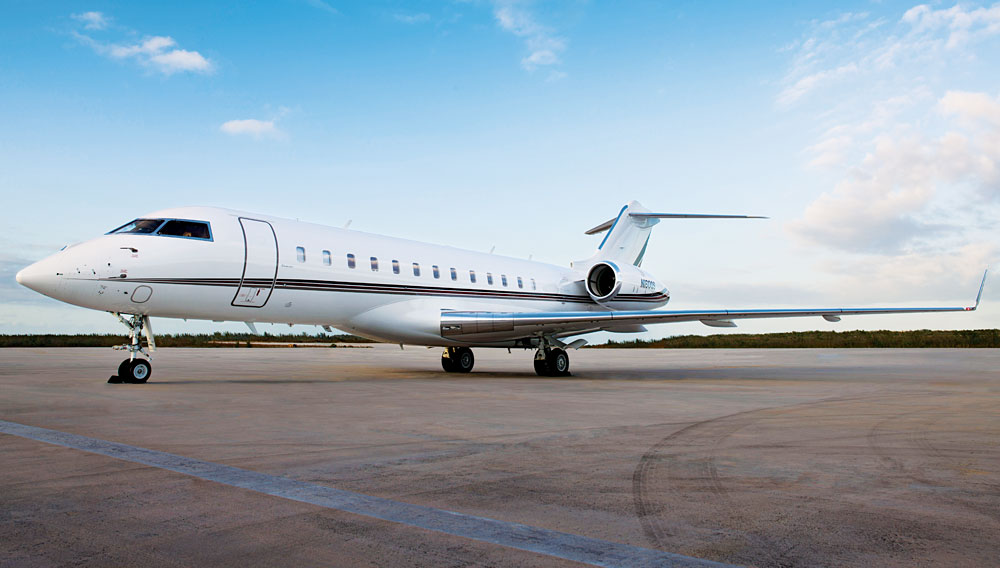 When Tony Hsieh, the CEO of online retailer Zappos.com, joined the board of directors for JetSuite in 2011, he wondered aloud why the Irvine, Calif.–based private-aviation company’s fleet of Phenom 100 entry-level jets had no Wi-Fi service. He urged JetSuite CEO Alex Wilcox to spend the money to upgrade the aircraft. Netjets had added Wi-Fi to its fleet, and some airlines were adding it to theirs. Hsieh argued that customers would love the service, and that it would make JetSuite more competitive.

Wilcox was skeptical, and not just because the upgrade would cost about $100,000 per airplane, not including the monthly service charges. He was looking at a $2 million capital investment. And for what? Wilcox affectionately refers to Hsieh as “an Internet maniac who processes a thousand emails a day.” At the time, JetSuite specialized in discount-priced

short-haul flights for people who, Wilcox believed, probably could go an hour or two without tweeting or checking their emails.

Finally, last fall Wilcox decided to upgrade JetSuite’s Phenom 100s. The company expects that, by September, all of the aircraft will have Wi-Fi. Wilcox made the decision at about the same time JetSuite took delivery of its first new Citation CJ3, a jet that is larger and has a longer range than the Phenom 100. The custom-ordered Citation had Wi-Fi installed. Then a strange thing happened. The JetSuite clients who flew on the Citation raved about the plane, but they raved more about the speed of its Internet service. Some requested the Citation over the Phenom, even if they did not need its additional seats or extended distance. A few customers paid extra to have the Citation flown to them in the Midwest because they wanted the Wi-Fi.

Wilcox feels confident that having a fleet of Phenom 100s wired for Internet service will change the company’s position in the market. “It sets us apart from other providers in this category of aircraft. Very few of them have it now,” he says.

Wilcox’s deliberation about whether and when to upgrade cabin technologies is playing out across the private-jet industry, particularly in the charter and secondary-sales markets. The growing demand for in-flight connectivity is being driven by the technology on the jets that have rolled off the assembly line in the past two years. Many of those aircraft have top-of-the-line wireless capabilities, enabling passengers to link seamlessly to broadband networks, and in some cases, to synch smartphones and computer tablets for entertainment and cabin-management purposes. (See “Above and Beyond,” page 25.) Jets older than two years were not produced with these capabilities, so their owners have to decide which upgrades are prudent, given that any are likely to be expensive.

For owners who rely on charter revenues to offset some ownership costs, experts advise that Internet connectivity is no longer an option—it is a necessity. This is particularly true for larger jets that would be chartered by corporate clients. Lee Rohde, president of the Portsmouth, N.H.–based private-aviation consulting firm Aviation Management Systems and a member of the Robb Report Private Aviation Advisory Board, tells of a client who owns a Gulfstream GIV-SP. During a recent conference call the client’s charter-management company said that not having Wi-Fi is a deal-breaker, that corporations will not lease a jet if it means having their executives off-line for hours at a time. Rohde’s client relented and paid close to $200,000 to install a system on his jet. “I wouldn’t say that you are increasing the value of the jet by doing that. It’s more that you are bringing it up to the standard of other jets that are available,” says Rohde.

He says that for jet owners seeking to sell their aircraft on the secondary market, the need to install Internet service is not yet so urgent. “It’s a positive for the airplane, but it doesn’t make or break the airplane,” says Rohde.

Over time, however, Internet service will become nearly as common on secondary-market jets as it is on new ones, and it will be increasingly difficult to sell a plane that is not equipped with such capabilities.

ViaSat, a satellite and wireless-communication company based in Carlsbad, Calif., provides Internet service for JetBlue and other airlines through its own network, and it has equipped more than 200 large-cabin business jets, including Gulfstreams and Bombardiers, with voice and data connectivity. “We also get requests from private owners of Boeing 747s and the Airbus 320,” says Steven Sivitz, who heads business development for the company’s business-aviation branch.

Sivitz notes that the cabin of a jet is becoming as complex as an office in terms of IT requirements, because more and more passengers want to be able to conduct video conferences and use Skype and other technologies that they use at work. “In these larger-cabin aircraft with transoceanic capabilities, you might be in the air for six or eight hours,” he says. “People have anxiety attacks if they are out of touch for that long.” He notes that even on shorter flights, the data usage is constant. “With our service, you get on, and you turn on. We have global coverage, with a couple of exceptions, including China and Russia, but we’re working on those areas.”

With ViaSat’s network service for business aviation, called Yonder, passengers can browse, call, and conference, usually without worrying about losing connectivity as they fly from one country to another.

But installing this type of system involves visiting a completion center for a retrofit that will have the jet out of service for days or weeks, and the cost can be nearly $1 million. Often, owners will wait and try to piggyback such an upgrade onto regular maintenance service or other cabin upgrades.

Owners of smaller jets and owners of larger jets who do not need a global service can turn to Aircell’s Gogo Biz, a domestic Internet service for business jets. The company also provides Internet service for several airlines, including American Airlines, and it is the choice for Cessna, Dassault, and other business-jet manufacturers. Aircell owns a network of wireless ground stations that provide coverage for the continental United States, and it plans to expand into Canada next year. Aircell general manager and executive vice president John Wade notes that the most common installation for Gogo Biz is the company’s ATG 5000 system, which usually costs from $110,000 to $150,000. “In general, there is some interior work [required for the installation], but it tends to be minimal—a few days only—and it can easily be done alongside other maintenance,” says Wade. Monthly charges to connect to the network range from a few hundred dollars to about $2,000.

While no in-flight Internet service is likely to be as fast as the service available in an office or home, and while none of Aircell’s systems yet support streaming video or movies, the data transfer speeds are fast enough for business needs and browsing, says Wade. “The service has been described as completely addictive,” says Wade.

JetSuite installed the Aircell system to upgrade its fleet of Phenom 100s. (It also uses the system for its Citation CJ3s.) Wilcox says his company scheduled the upgrades alongside other work that included deep-cleaning the headliner, re-dying the seats, retouching some paint, and installing new carpeting. “They’re going to have that new-plane smell,” says Wilcox. The jets may indeed look, feel, and even smell new, but the question is whether any passengers—addicted to the Wi-Fi service—will look up from their smartphones, tablets, or laptops long enough to notice.