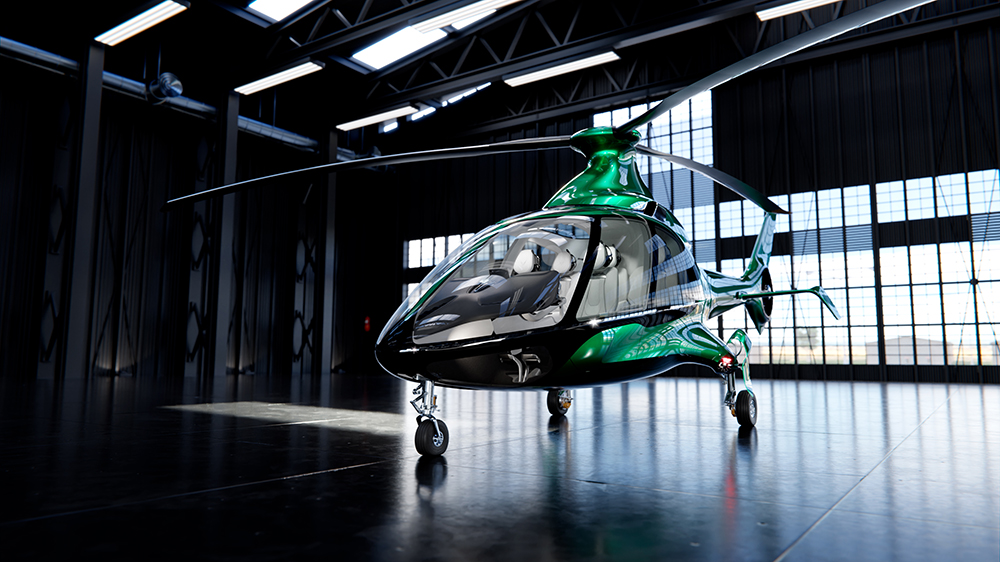 Pilots may soon be able to say farewell to charter firms and fleets—that is, if Hill Helicopters has anything to say about it.

The British aviation outfit has unveiled what it claims is the “world’s first fully private helicopter.” The brainchild of chief engineer Jason Hill, the new Hill HX50 is designed specifically for private owners, rather than fleet operators.

In fact, each new owner is invited to Hill’s factory in the UK to work side by side with a team of engineers and production technicians to create a custom dream machine. Think of it as the ultimate DIY project. Each client can build up to 51 percent of the personal rotorcraft under the close supervision of professionals.

Customization aside, the HX50 is one hell of a helicopter. It’s equipped with a three-blade rotor system and an in-house GT50 turboshaft engine good for 400 hp. This gives the chopper a cruise speed of 161 mph and a range of up to 806 miles. The retractable landing gear also reduces drag for a faster, smoother flight.

What’s more, the chopper looks like something out of a James Bond flick. It features a sleek, futuristic fuselage that can be finished in a variety of attention-grabbing hues, including green, red, orange, white and black.

Inside, the five-person cabin is finished in plush leather and sports large, panoramic windows. To top it off, the simple digital cockpit, which comprises two 15-inch glass instrument panels and an iPad, is ideal for recreational pilots.

As for price, the HX50 starts at roughly $648,000 (£495,000), though that figure increases as extras are added. Hill told Robb Report that production is due to start in 2023. Delivery of each helicopter will depend on the date the order is placed.

Interested? You can use the configurator tool to design your very own HX50 and get a ballpark price.  A deposit will be needed to cement the order, but that’s the price you pay for your very own chopper.