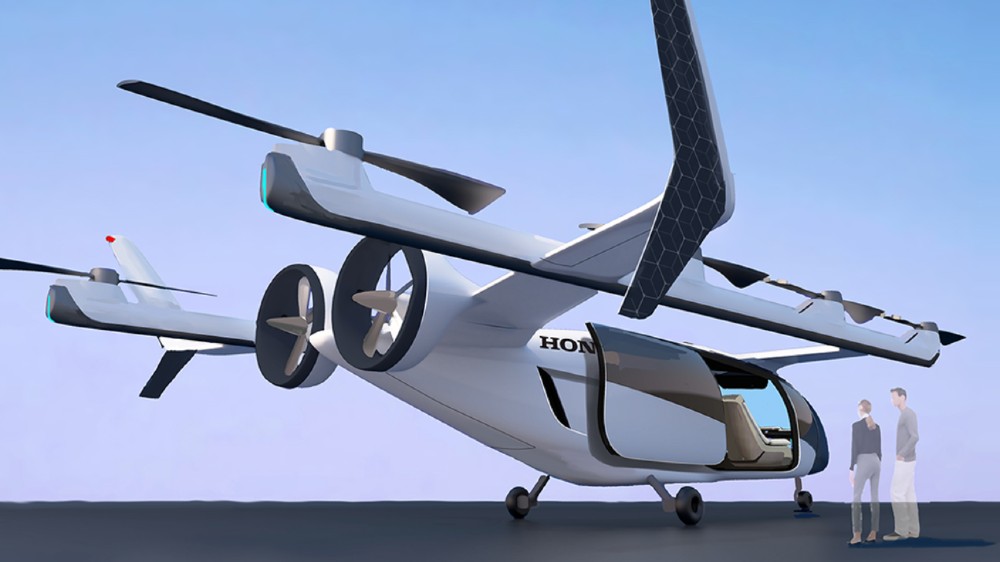 Honda has officially jumped into the eVTOL race by blending its existing products with new technologies. The Japanese firm initially revealed that it was developing an electric vertical takeoff and landing vehicle in April 2021, as part of its “vision for the future,” which, among other things, promised only electric vehicles by 2050.

But actual details of the new aircraft have emerged in recent days and, surprisingly, it won’t be fully electric. The company’s internal research suggests that the strongest market for eVTOLs will be regional travel, which will require a range of roughly 250 miles.

“All-electric eVTOL aircraft face a range issue due to limited battery capacity, therefore the realistic use area is limited to intra-city transportation,” the company said in a statement. To address that issue, Honda will develop a hybrid system that combines electric with a gas turbine.

A prototype will be operational by 2023, but Honda doesn’t expect to certify the VTOL until 2030.  Courtesy Honda

A rendering shows a short-bodied craft with eight medium-sized rotors that will provide lift; they’re mounted on booms that run from front to back, attaching to forward struts forward and a small aft wing. At the back, rearward-facing ducted fans generate thrust. The cabin looks like it could hold up to six passengers.

The company released a video showing plans to develop an entire “mobile ecosystem” with transportation hubs built around the eVTOL.

The Japanese firm says the yet unnamed vehicle will tap into crossover knowledge and tech it has already amassed, including certification experience and turbine development from its aircraft division, high-speed generators from F1, battery and motor technology from its hybrid and electric cars, and sensors and controllers from its autonomous vehicles.

The company will combine existing technologies developed from its jet, electric car and autonomous vehicles divisions with new designs to create the hybrid aircraft.  Courtesy Honda

Honda seems like it’s late to the game, but a company of its size and experience adapting proven technologies should be able to make up ground quickly. It expects to have working prototypes by 2023. However, the projected date for a fully certified version of the VTOL isn’t until 2030.