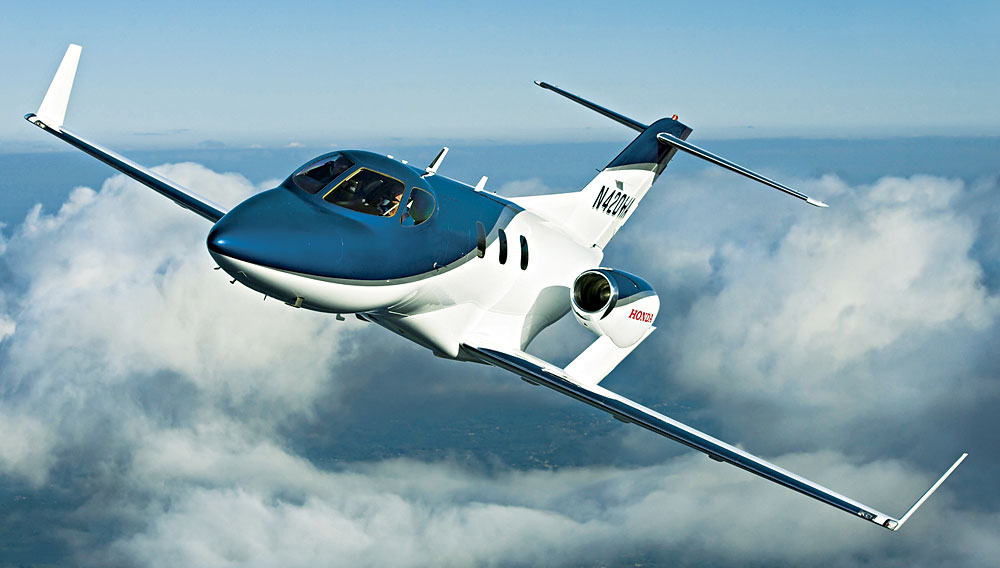 The HondaJet has been in the works since 1997, when designer Michimasa Fujino, now the CEO of the Honda Aircraft Company, first sketched out the idea. By 2003 the jet was flying in Greensboro, North Carolina, where a factory to build 80 to 100 of the jets per year is under construction. The innovative jet features unusual pylon-mounted engines above the wings, which Fujino says boost aerodynamic performance, and an all-composite fuselage. Honda developed a fuel-efficient powerplant for the production version of the jet. First deliveries, originally slated for 2010, have recently been updated to late in 2012.