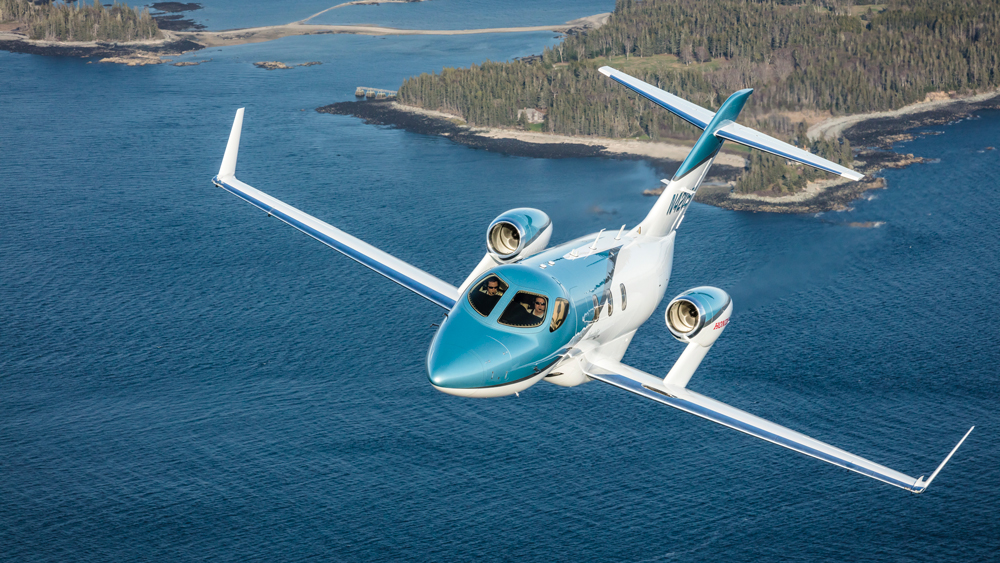 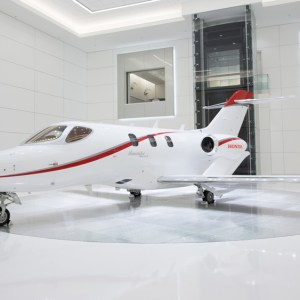 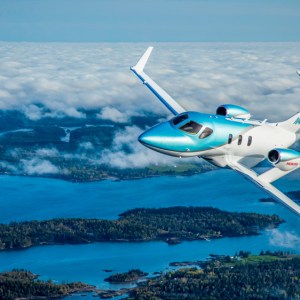 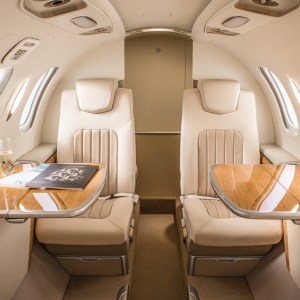 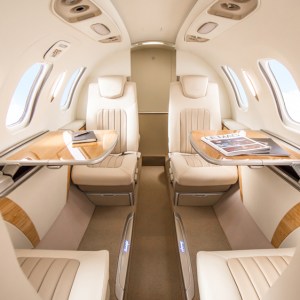 A relative newcomer in the industry, HondaJet was founded in 2006 and delivered its first aircraft just about two and a half years ago. And while the Japanese Honda conglomerate wholly owns the subsidiary company, it is headquartered in Greensboro, N.C., where its first—and until now, only—jet was developed and is assembled. Although it suffered a number of delays before being delivered, the HondaJet has quickly proven itself, becoming the best-selling aircraft in its class in 2017.

Not ready to rest on its laurels, HondaJet held a press conference in a darkened hangar just ahead of the European Business Aviation Convention and Exhibition (EBACE) to unveil its sophomore effort—a newly upgraded version of its original jet dubbed the HondaJet Elite. The most significant change to the new aircraft is its increased range. While the original HondaJet could fly about 1,407 miles without stopping, the Elite adds another 246 miles to its total range—an increase of about 17 percent.

Given that the new jet will be spending more time in the air, it makes sense that the company also improved upon the cabin comfort of the original design. A new inlet structure lining each engine helps reduce high-frequency noise—the type that even active noise-cancelling headphones struggle with—to keep the cabin nice and quiet. Other enhancements include options like a belted lavatory (which accommodates one additional passenger), a small galley with a coffee machine, and a speaker-less Bongiovi audio system that uses transducers to produce sound by vibrating the aircraft’s interior panels (somewhat like Sony’s Bravia A8F).

Though transparent to passengers, pilots will appreciate the updated avionics suite and owners will be grateful for its best-in-class fuel efficiency. The jet is also available with three new signature color schemes: Ice Blue, Ruby Red, and Monarch Orange. Even with the new makeup, the HondaJet Elite still looks essentially the same as the original from the outside, but it should prove an elevate experience within when it launches.

The HondaJet Elite will launch with a base price of $5.25 million.