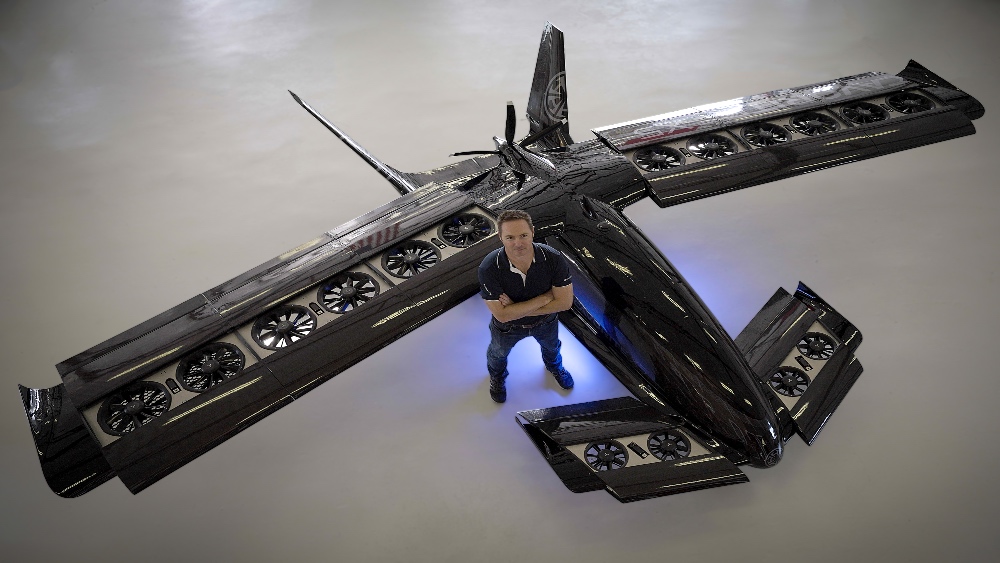 Woah, we’re halfway there. The company behind the hotly anticipated eVTOL Cavorite X5 announced it has completed construction of a 50-percent-scale prototype of its stylish flying vehicle concept.

Horizon Aircraft impressed us last year when it unveiled the Cavorite X5, with the Toronto-based company showing that the usually utilitarian world of eVTOLs could afford a little more attractive form with its function. The sleek, canard-style plane can takeoff, soar and land like a conventional aircraft, but the wings can open to reveal 16 ducted fans that provide the aircraft’s vertical lift. Once at altitude, the wing closes as it transitions to cruising. This technology would allow the aircraft to fly 98 percent of its voyage in a low-drag configuration, much like a traditional aircraft. When Horizon builds its full-scale version of the eVTOL, it will be powered by a hybrid electric system that can recharge a battery in-flight.

The company built the scale model—which is 15 feet long, has a 22-foot wingspan and weighs roughly 500 pounds—to test the plane’s hovering and eventually work on transitioning from hovering to cruising.

“It will yield valuable information that will help to reduce technical risk as we move forward with detailed design of our full-scale aircraft,” Horizon’s CEO Brandon Robinson said in a statement.

A full-scale version of the model is already in development. However, according to New Atlas, the company stated that it would need to raise some Series A funding before the construction can begin, in addition to the extensive FAA certification process. Despite this, Horizon aims to achieve certification by 2025.

Horizon isn’t the only developer moving along in their testing for the innovative aircraft. Another fully electric eVTOL model is currently under development by Germany-based company Lilium, which also includes a similar structure with ducted fans embedded across its wings. Its prototype is currently being flight tested in Spain. The company hopes to have its aircraft certified by 2024 and has already signed a deal with NetJets for 150 of the Lilium eVTOLs.