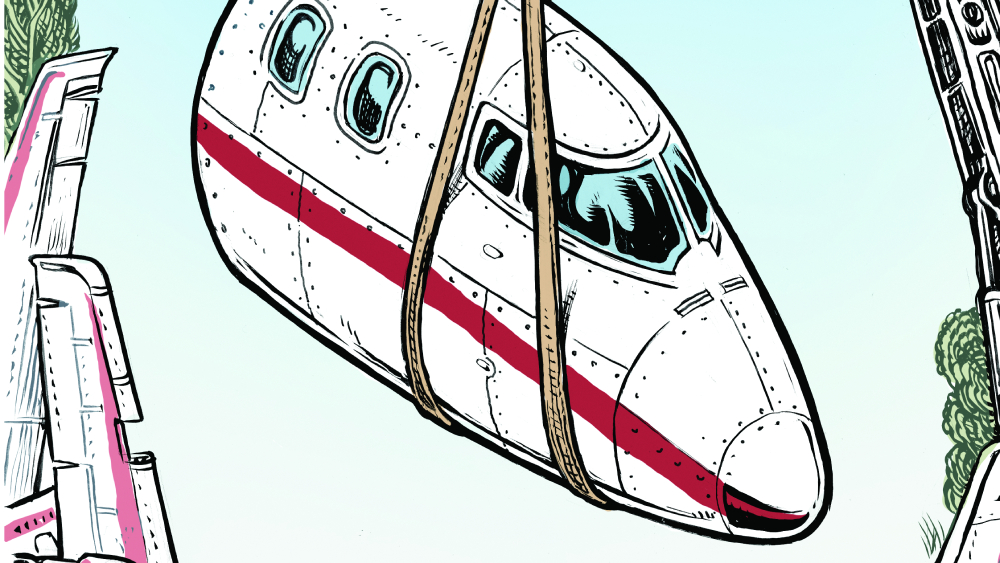 A growing number of corporate aircraft are reaching the end of their useful lives, priced out of the sky by costly maintenance or renovations—and tighter regulation. For some owners, the upgrades just aren’t worth the required expense.

A Learjet 60, for example, may need a $4 million overhaul of its engines, but after that, its market value may be only $1.5 million. It can’t fly until the work is done, but who wants to toss such a big chunk of cash into a slipping investment?

Enter the recycler. There’s a steep rise in the number of business jets being sidelined, according to Mark Gregory, managing director of UK-based specialist Air Salvage International. “A lot are being pulled from service because of the cost of overhauling equipment,” he says. The good news? There is money to be made from parked planes. “It’s not just scrap metal,” says Gregory. “Its value as spare parts could equal or exceed its value as a flying machine.” 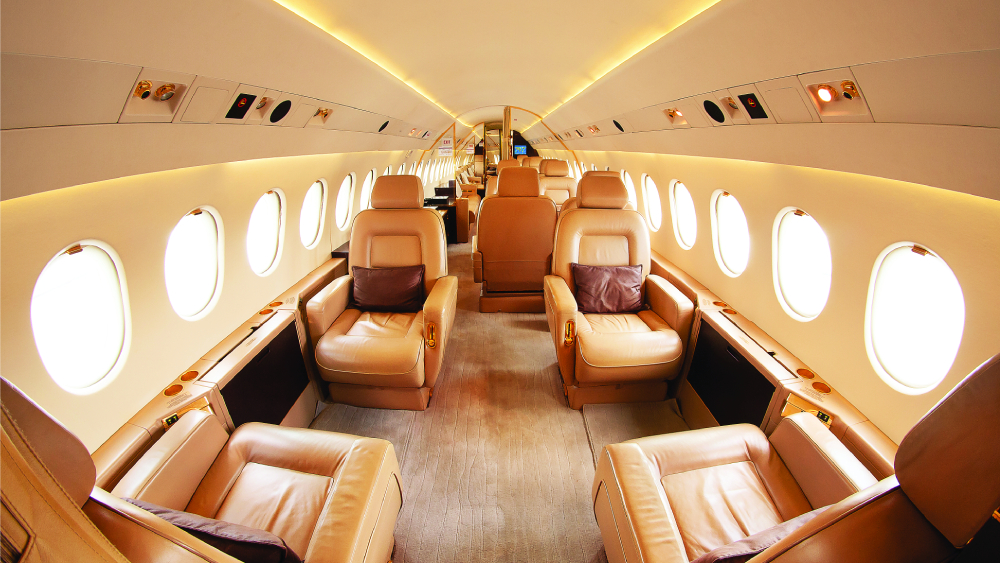 The interior of a Learjet.  Courtesy of Shutterstock

Organizations that specialize in business-jet parts, like Allaero in the UK or Dodson International in Kansas, may take the aircraft off the owner’s hands for a little less than the total value of its components. And those individual items may have a lot of life left. Paul Greasley, a director at Allaero, says business jets may fly only 5,000 to 10,000 hours in their lifetimes—nothing compared with the 50,000 hours achieved by airliners.

Of the many parts that may be recycled, the engines are usually worth the most. That’s if they’re in good condition, with plenty of time before their next big rebuild. If not, says Greasley, “they’re just boat anchors.” Landing gear, cockpit systems and avionics are also valuable. Even the airframe of a metal craft can be melted to recover the aluminum alloy—or cut up and sold to airplane-simulator companies or used to create distinctive bars.

Taking older, less fuel-efficient planes out of service may also help business aviation meet carbon-neutrality goals—depending on the aircraft and other costs—as well as feed energy-intensive materials back into the system and give new juice to other jets. 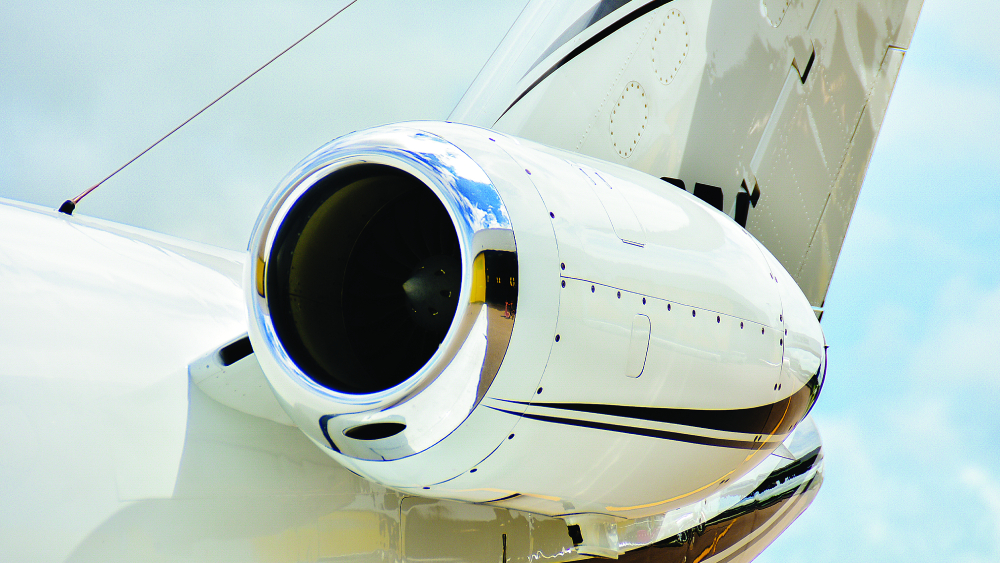 Jet engines are often removed and sold off.  Courtesy of Shutterstock

—Engines are the first items to be removed and sold, if they have enough hours left before a scheduled overhaul and complete records.

—A plane’s complete cockpit displays and avionics will probably be removed intact, but tech progresses so fast that even recent flight systems may not be worth very much if too many changes are needed.

—The auxiliary power unit, a small jet engine that runs a generator and is usually fitted in the tail of big private jets, is another high- value item.

—The interiors of many recent aircraft can be reused. But those of older planes, especially those that have not been flying for a while, are generally fit only for scrap or training purposes.

—A plane’s landing gear may well be the second-most-valuable individual set of components but is the last big item to be removed— the airframe is more difficult to move around without its wheels.

—All parts intended for sale have to be removed by a specialist who can sign off on the paperwork.

The Sum of Its Parts

20,000: Possible salvage value, in dollars, of the aluminum alloy of a super-midsize jet, if separated from scrapped parts.

90: Percentage of a scrapped jet’s worth made up by the engines.

98: Percentage of a newer plane that can be reused.

30: Minimum days it takes to dismantle a jet. 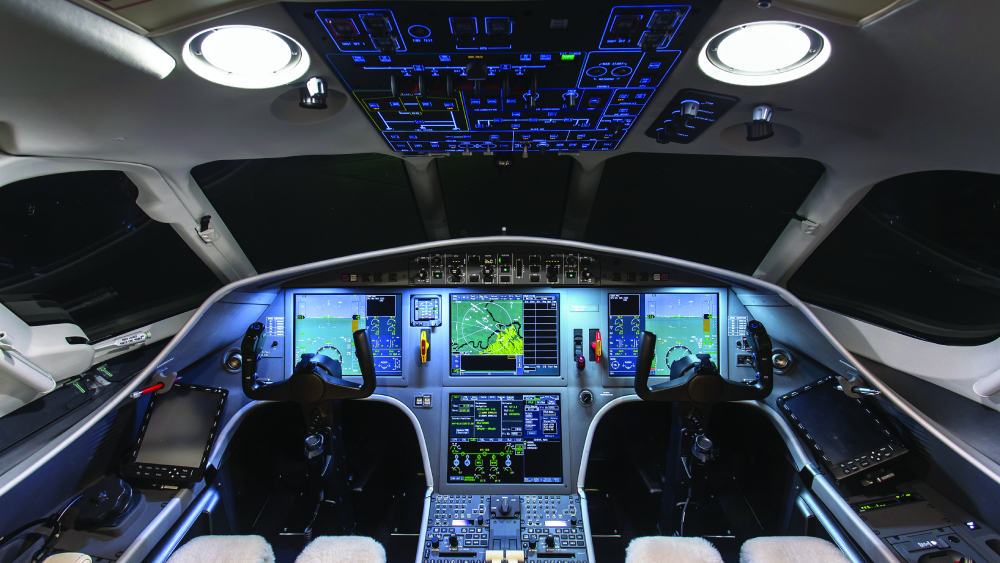 Cockpit technology can change quickly so it may or may not be reused.  Courtesy of Shutterstock

How to Break Up

When it’s time to end the relationship with your grounded aircraft, the following contacts can help pick up the pieces.

These brokers also purchase for salvage: