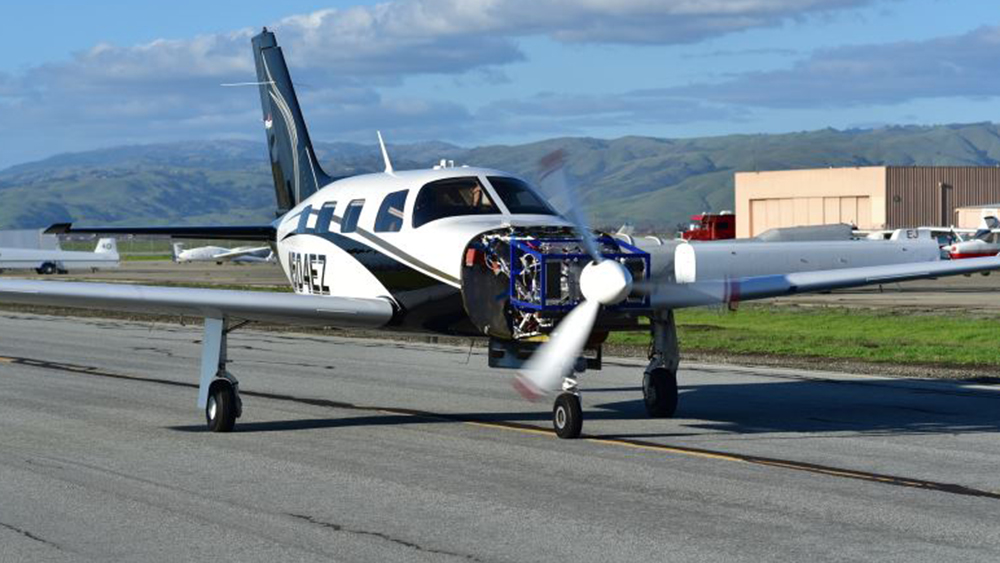 One California company is betting on it. Entrepreneur Val Miftakhov founded ZeroAvia in 2017 to develop a workable hydrogen-fuel-cell powertrain for aircraft. According to Miftakhov, the ZeroAvia system, currently going through flight testing, not only eliminates emissions but will offer much lower operating costs compared to traditional piston and turbine engines.

While battery-powered electric propulsion offers the promise of cleaner and quieter skies, that solution is still largely impractical because of the current limitations of battery technologies. Hydrogen fuel cells deliver better durability and range than aircraft powered by electric systems.

The hydrogen fuel cell on the left wing feeds the zero-emissions electric engine. The only byproduct is water vapor.  ZeroAvia

“With compressed hydrogen gas storage, you immediately have four to five times the advantage in terms of energy density if you compare a 1,000-lb. fuel cell system to a 1,000-lb. battery,” he told Robb Report. “When you get into liquid hydrogen storage, you’re talking a factor of 12 to 15.”

As the most abundant element on earth, hydrogen has an allure to the aviation sector because of its need to reduce carbon emissions. Fuel cells store compressed hydrogen, which provides fuel to the zero-emissions electric engine. The only byproduct is water vapor.

Miftakhov says that hydrogen fuel-cell technology can be used in the near term, rather than 10 or 20  years down the road. ZeroAvia has installed a prototype 260-kilowatt powertrain on two, single-engine Piper PA46 aircraft. Test flights began last year in California. On one of the planes, the hydrogen will be stored in above-wing, pylon-mounted tanks.

Hydrogen is produced by an electrolyzer and then transferred to the fuel cells on the airplane. ZeroAvia says that hydrogen storage will be more practical for airplanes than cars because of fewer number of airports.  ZeroAvia

The real promise of hydrogen fuel cell propulsion lies in its relative scalability to larger aircraft, says Miftakhov, from existing regional aircraft up through narrow-body airliners. “You’re going to have a real problem in 2050 if you don’t do something right now,” he says. “The useful life of a commercial aircraft is 30 years, so any purchase locks the industry into an emissions trajectory for 30 years. If your target is 2050, you want some semblance of sustainability today.”

Aviation accounts for 12 percent of annual emissions in the transportation sector and that number is on its way to doubling by 2050. ZeroAvia’s goal is to see its hydrogen fuel-cell powertrain installed over the next two or three years on regional aircraft that fly routes of about 500 miles.