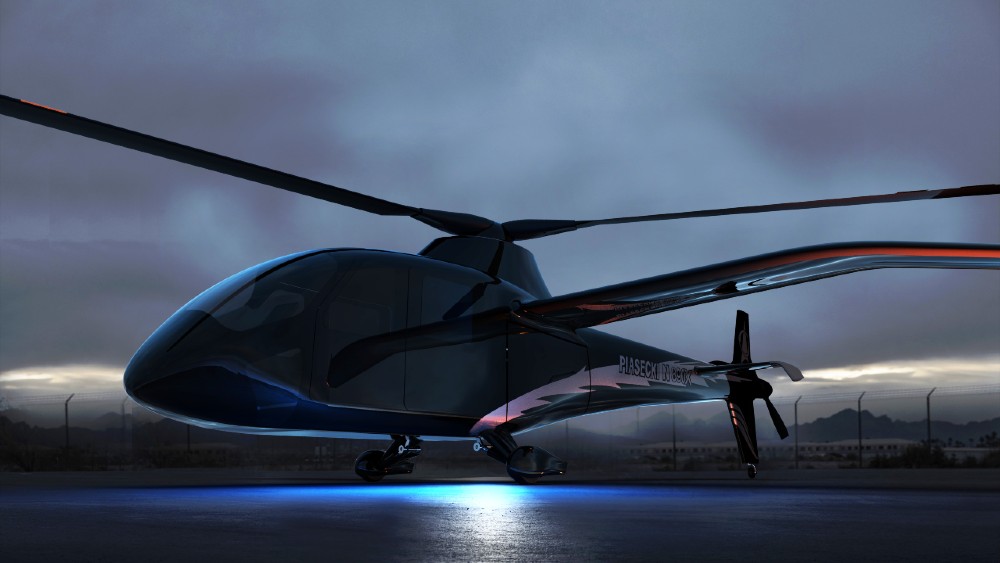 Hydrogen is being proposed as an emissions-free fuel that could help clean up aviation’s reputation as a major carbon emitter. But many aviation pundits see hydrogen as a pipe dream that is at least 15 or 20 years from reality.

“Initial lab testing funded by Piasecki last winter demonstrated the technical viability of HyPoint’s hydrogen fuel-cell system,” said CEO John Piasecki, noting it would be the first manned hydrogen-powered helicopter. “Success will pave the way for collaboration with other eVTOL OEMs with different platform sizes to ensure broad applications of this technology.”

Hydrogen-powered aircraft have been limited to a few experimental designs, including ZeroAvia, which became the first company to successfully complete a hydrogen-electric passenger flight on a modified Piper M-Class aircraft. A number of aircraft designers, including Alaka’i Technologies, Bartini, Gigajoule Jug Consulting, Urban Aeronautics and Happy Takeoff, also see hydrogen power as being critical for the eVTOL segment.

California-based HyPoint, which also signed a development agreement with ZeroAvia, says its fuel-cell system is better than existing lithium-battery and other hydrogen fuel cell systems on the market. The system, according to HyPoint, has four times the energy density of existing lithium-ion batteries and twice the specific power of existing hydrogen fuel-cell systems. It also claims that operating costs on turbine-powered rotorcraft—i.e., conventional helicopters—will be up to 50 percent lower.

“The much-anticipated arrival of eVTOLs, and similar aircraft, has been severely hindered by the technical limitations of existing power systems,” said Dr. Alex Ivanenko, founder and CEO of HyPoint. “This new strategic partnership will dramatically accelerate delivery timelines by equipping eVTOL manufacturers with next-generation hydrogen fuel cell systems that meet their unique needs.”

This aircraft could soon be flying on air-cooled hydrogen fuel cells that power the electric motors.  Courtesy Piasecki Aircraft Corp.

HyPoint uses compressed air for cooling and oxygen supply for its fuel-cell system. Ivanenko said it can achieve up to 2,000 watts per kilogram of specific power, which is three times the power-to-weight ratio of traditional, liquid-cooled hydrogen fuel-cell systems. It also has up to 1,500 watt-hours per kilogram of energy density for long ranges.

The $6.5 million agreement will include the development of five 650kW hydrogen fuel-cell systems for the PA-890 Compound Helicopter.

Piasecki is currently working with the FAA to outline certification criteria, and also with the US Air Force, which is co-investing in the development of advanced hydrogen-powered aeronautical technology. The company expects to begin fulfilling orders for hydrogen-powered helicopters by 2025.