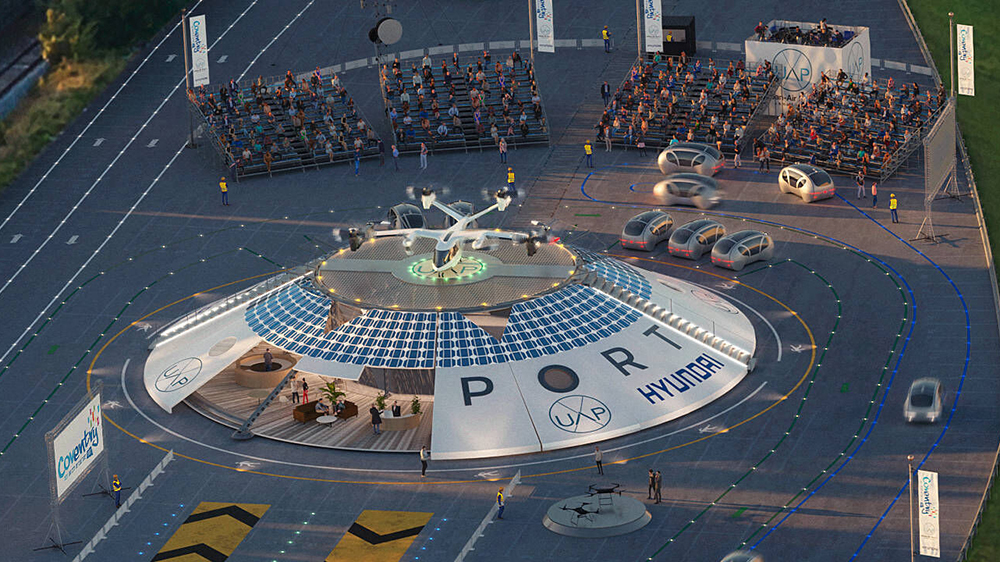 The UK is doing its part to make sure air taxis are no longer just the stuff of dreams.

Earlier this week, the British government granted Hyundai and Urban Air Port approval to build the world’s first eVTOL hub. Set to launch later this year, the facility won’t just act as a port for eVTOL crafts and autonomous delivery drones, but also demonstrate the full potential of sustainable urban air mobility in the UK and beyond.

While eVTOL development has come a long way over the last decade, there is still no real infrastructure in place for the aircrafts. But thanks to a £1.2 million (about $1.65 million) grant from UK Research and Innovation’s Future Flight Challenge, Hyundai and Urban Air Port will now move forward with plans to build a temporary airport in the Coventry city center, in central England. According to Reuters, starting in November of this year, the Air-One hub will host live demonstrations meant to showcase how eVTOLs can be used for passenger transportation, autonomous logistics and disaster emergency management.

The facility will also take up less space and use fewer resources than a traditional helipad or airport, according to a press release. Because there is no runway, Hyundai says its physical footprint will be 60 percent smaller. It will also emit zero carbon emission and can also be operated completely off-grid, should the need arise.

Urban Air Port views the Coventry hub as just a start of a much larger and more ambitious project. The company says it hopes to develop 200 more eVTOL port sites over the next five years, both in the UK and abroad. The era of the air taxi is about to begin.