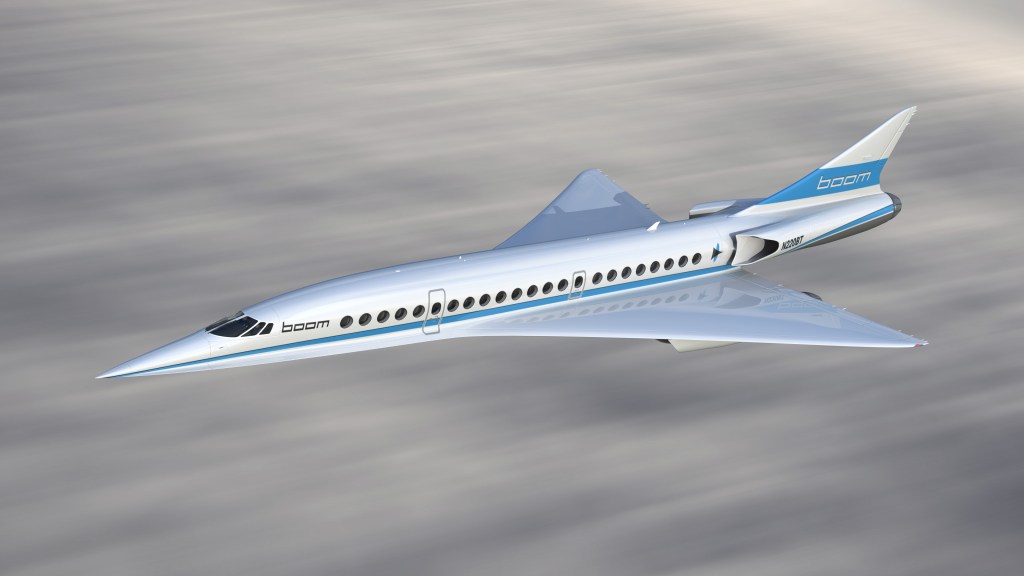 Denver-based Boom Technology is working on a supersonic airliner that will carry 45 passengers, but you could have it configured as a business jet or a VIP personal jet. The Boom aircraft will be more spacious, considerably faster, and much more expensive than the AS2, the supersonic business jet that the Aerion Corporation is developing with Airbus. Plans call for the Boom to make its first flight in 2020. It will reportedly be able to reach a speed of Mach 2.2, or 1,451 mph. Supersonic aircraft are prohibited from flying over the United States, so if you’re not planning to use the jet for transoceanic flights, it might not be worth the base price of $200 million. (boom​super​sonic.com)

For four decades, Van Dam Custom Boats has been designing and building some of the world’s finest wooden boats—classic-style runabouts, cruisers, racers, and sailboats. The company, which is family owned and located in Boyne City, Mich., completes two or three custom builds a year, depending on the size of the boats. It uses computer-aided design programs throughout the design and build processes, and it fabricates its own metal components and mechanical systems on-site. The May launch of Van Dam’s latest creation, Catnip, coincides with the company’s 40th anniversary. The 30-foot runabout displays art deco–style design elements and can achieve speeds greater than 50 knots. (vandamboats.com)

Since showcasing its two-seat demonstrator model at the 2014 EAA Airventure Oshkosh in Wisconsin, Elytron Aircraft has been flying under the radar. But the California-based company has continued to develop a five-seat aircraft that uses tilt-wing and box-wing configurations to take off and land like a helicopter and fly at the speed of a fixed-wing plane. Elytron has been working with NASA to test a prototype, and a company spokesman said it will have some big news in the coming months. The 5S model, which is designed to hold a pilot and four passengers, could serve as an air taxi. Traveling at more than 300 mph, it could theoretically transport you from a heliport in Boston to one in Manhattan in as little as 38 minutes. The aircraft’s projected maximum cruising speed is 391 mph. (elytron.aero)

“As popular as Croatia has become, you can still find a number of coves to sneak away from yacht traffic. Just outside the bay of Stari Grad, off the island of Hvar, there is a very small cove with only enough room for a single yacht. It is so quiet there. You will not hear any noise from other yachts, cars, or people. You can enjoy a moonlit dinner on deck while watching the sea life pass by the underwater lights. Sit back, relax, and take it all in,” Suzette McLaughlin, Charter broker, Camper & Nicholsons International.  (camperandnicholsons.com)