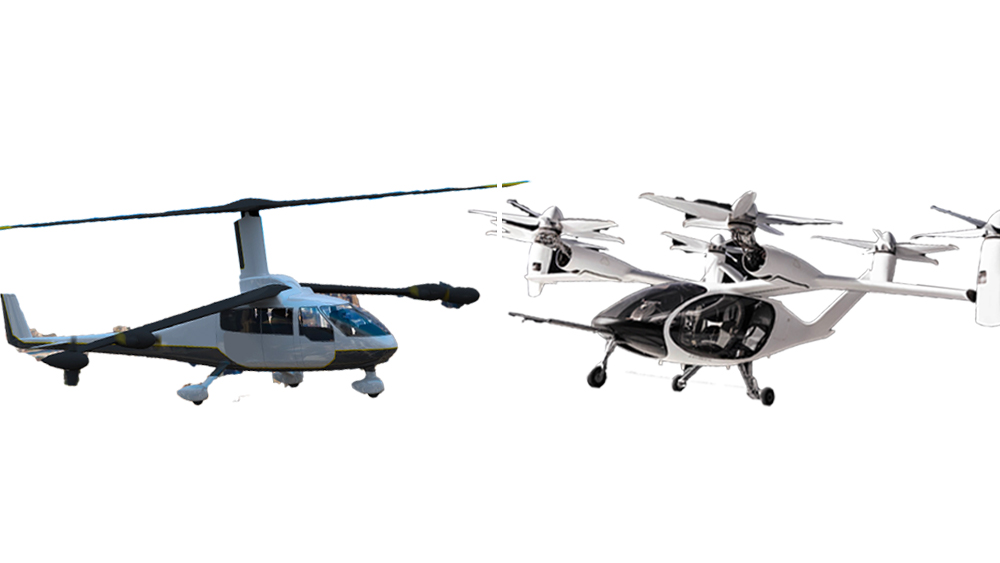 Electric vertical takeoff and landing (eVTOL) vehicles—a.k.a. flying taxis—may finally be gaining wind under their wings. Though not one has won regulatory approval, more than 100 manufacturers have started up in the past 10 years, and the sector could be worth an estimated $17 billion by 2040. If scaled properly, these aircraft could revolutionize public transportation; they would rise above ground traffic less noisily—and more sustainably—than helicopters do and finally realize the future Doc Brown’s DeLorean promised. While many are still just pie-in-the-sky ideas, Jaunt Air Mobility’s and Joby Aviation’s models stand out as two that aren’t so half-baked. Here’s how their plans for the future compare. Where they’re going we won’t need roads. But we sure could use a better name than eVTOL.