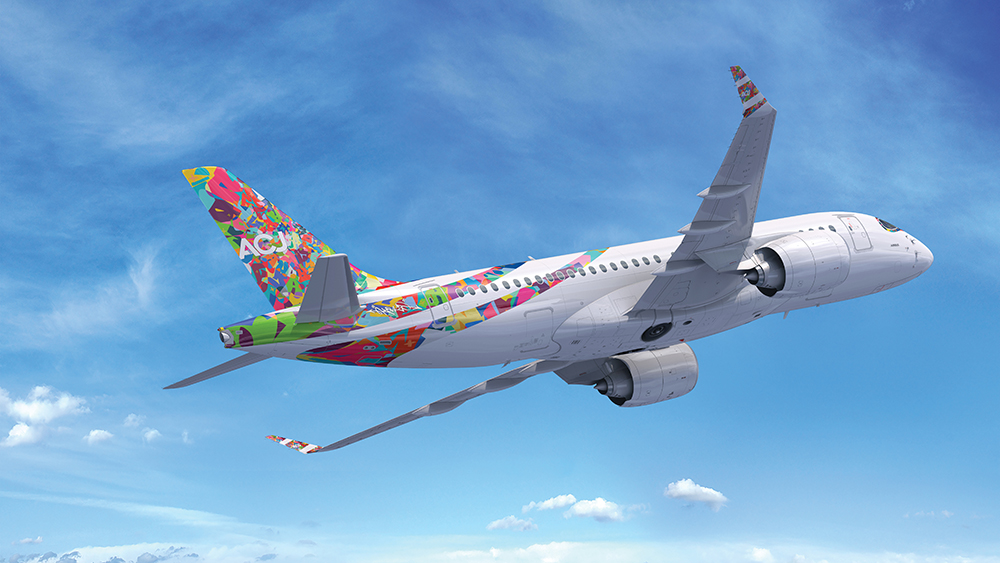 Graffiti artist Cyril Phan, known by the nom de plume Cyril Kongo, or just his street name, Kongo, has become an international star, famed for combining vivid colors, lettering and subjects ranging from fireworks to flowers in exuberant paintings and murals. The Toulouse, France, native started by tagging walls in Paris and made his mark on New York in the late ’80s, when he painted monumental murals, some measuring 50 feet by 150 feet, in the Bronx. In the past decade, he has been a frequent collaborator of luxury brands, creating a series of silk scarves for Hermès, a brightly hued tourbillon watch for Richard Mille and prints that the late Karl Lagerfeld turned into dresses for Chanel’s 2018 Metiers d’Art show at New York’s Metropolitan Museum of Art.

Now, one Robb Report reader has the opportunity to commission one of Kongo’s works as a livery for their private plane. The artist will work with you to create a scaled design, which you can take to an aircraft completions center afterward to have it realized. (It’s a familiar milieu for Kongo: In 2021, he designed the interior and exterior of the new Airbus ACJ TwoTwenty business jet.) What better way to appreciate contemporary art at 45,000 feet—and display it to the rest of the world on landing? From $82,000