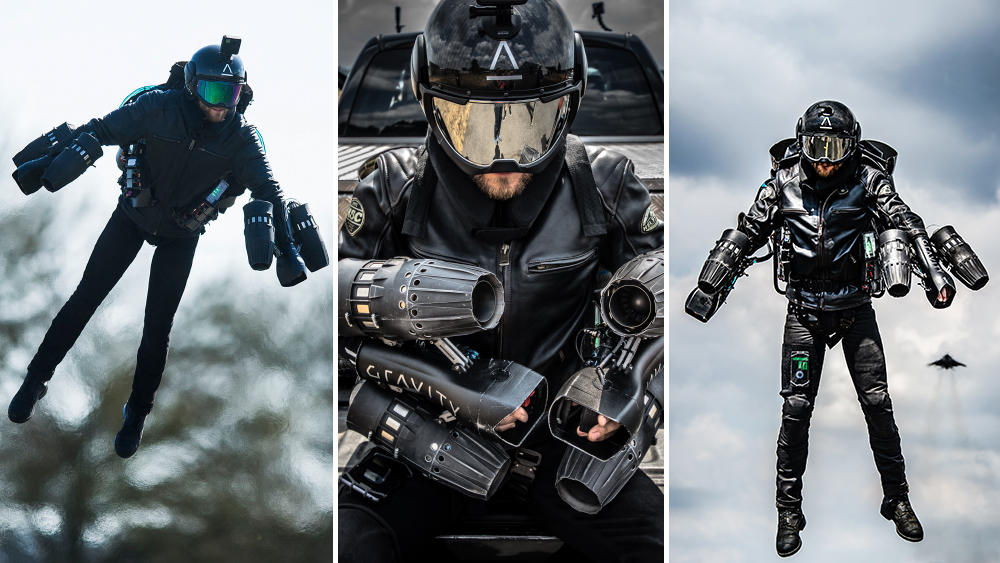 I’m kitted out in aluminum trousers, fireproof layers and heavy boots. No, I’m not about to fight a fire in Southern California’s hills. Rather, I’m about to fly a jet pack, and its owner is keen I don’t fry myself with the 1,000-degree engine blast. Earplugs in, helmet on, jets alight—I’m ready for liftoff. Rising on columns of thrust is literally the stuff of dreams, except this can hurt badly if it all goes wrong. Teaching me how to control the machine supplying all this heat, noise and potential disaster is David Mayman, one of its inventors. His JetPack Aviation’s latest design ($340,000) uses six small jet engines (the version I tried had two larger ones) in a backpack weighing around 90 pounds.

Handgrips control height, speed and yaw, and the engines are gimbal-mounted so the jet pack can go forward, backward or sideways. Tiny, delicate movements of the controls lift the weight off my legs—and suddenly I’m flying, keeping my body as still as possible to avoid the jets shooting me off in a direction I don’t want to go. I rise only 20 or 30 feet in the air under a safety-rope system, but people on the ground are already starting to look small. For the trained jet-pack pilot, any altitude up to 10,000 feet, at which you would need oxygen, is theoretically attainable. Aviation regulators, however, are still working out how to deal with jet packs; in the U.S., they’re being treated as small aircraft that can fly low, away from urban areas. Mayman will teach someone to fly in seven to 10 days for about $50,000. He also offers a day-long taster for $4,950. 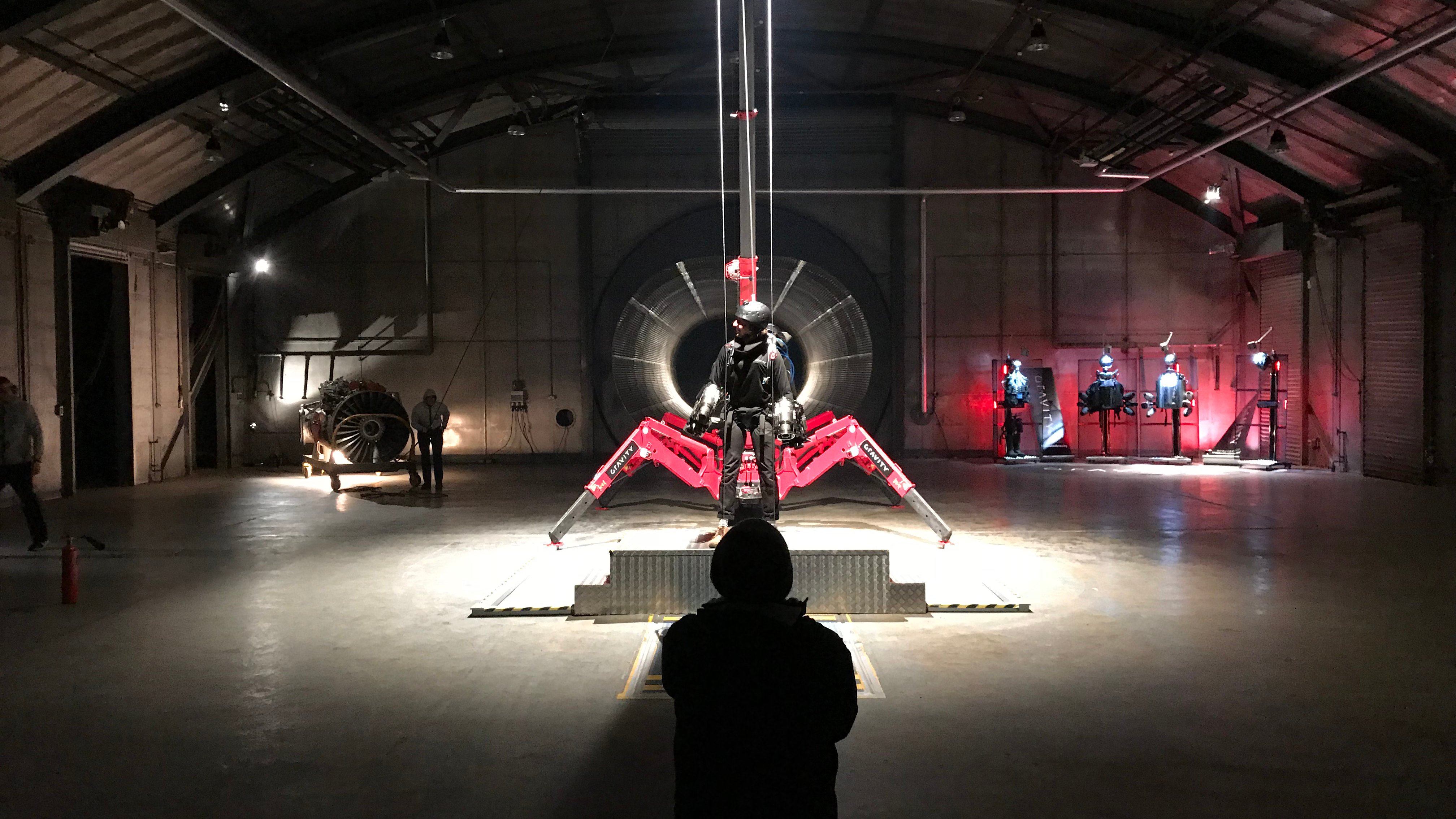 Unlikely as it seems, rival individual jet propulsion is also just out. In less than two years Britain-based Richard Browning’s Gravity Industries has produced a real-life Iron Man suit. Browning’s Jet Suit is harder to master than Mayman’s pack, but he has already sold a couple for £340,000 (about $446,000), training included. He will teach nonowners to fly for £15,000 (about $20,000) per day.

Zipped in to the suit, I have one jet engine strapped to my back (along with a fuel tank) and two jet engines in a sort of sheath that goes over each forearm, with a throttle trigger in the right one. And that, apart from some electronics to stop everything blowing up, is it. Where thrust is directed and what I can do with it is down to where I point my arms. Balancing the 380 pounds of total thrust from the five engines is not easy. But once I learn the angles at which I need to hold my back and arms to ride those hot waves of kerosene-fueled force, I lift gently—but loudly—off the ground. 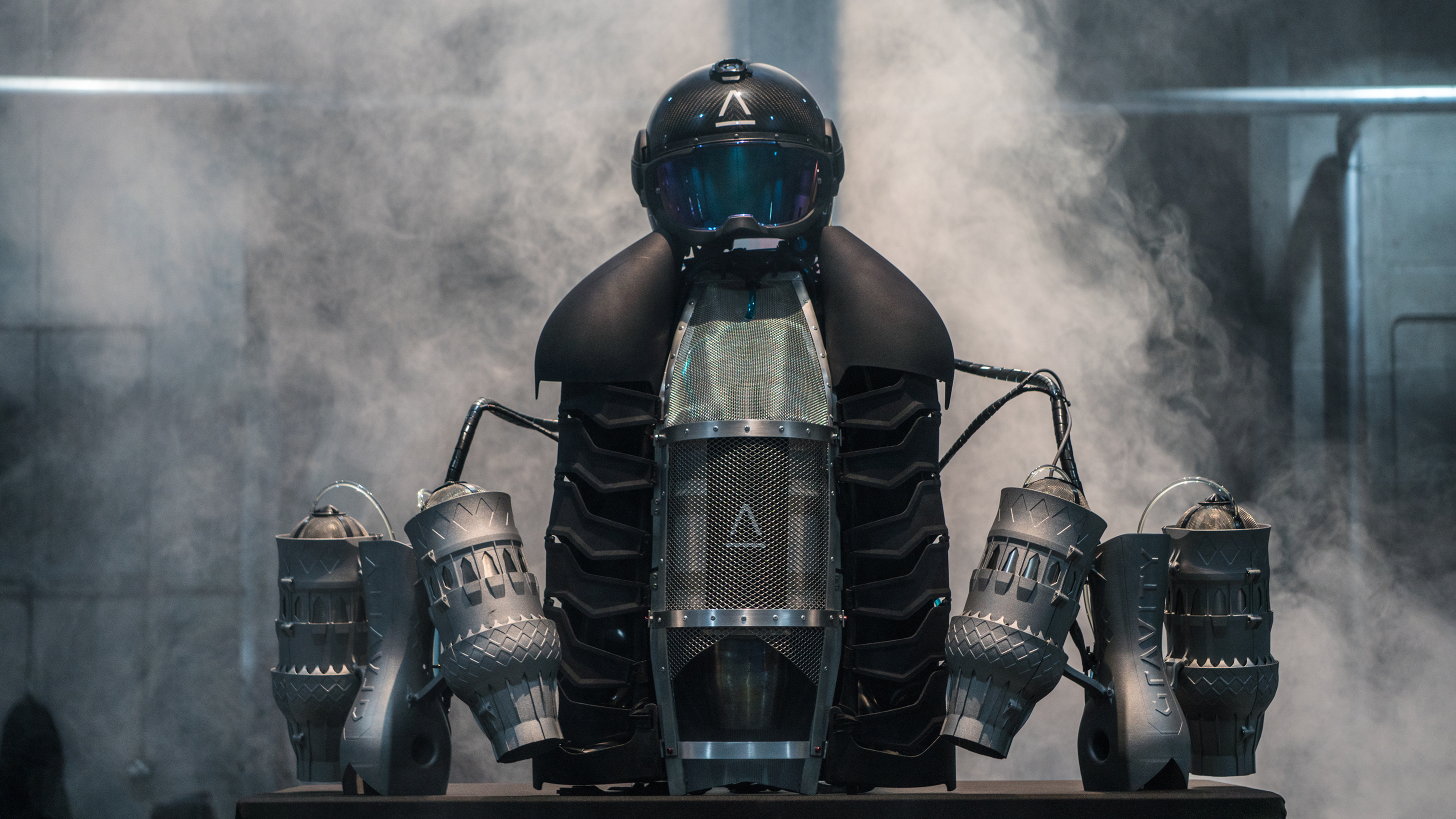 For both systems, flight time is about 10 minutes (depending on a person’s weight). Mayman claims more than 200 mph is possible with his system, but speeds seen so far are closer to 30 mph. Once regulation issues are resolved, the sky really is the limit.

Watch: The 380-Ton ‘Caspian Sea Monster’ Plane Emerges From the Water for the First Time in 30 Years

For New Jet Buyers, Air Quality and Connectivity Are the Highest Priorities