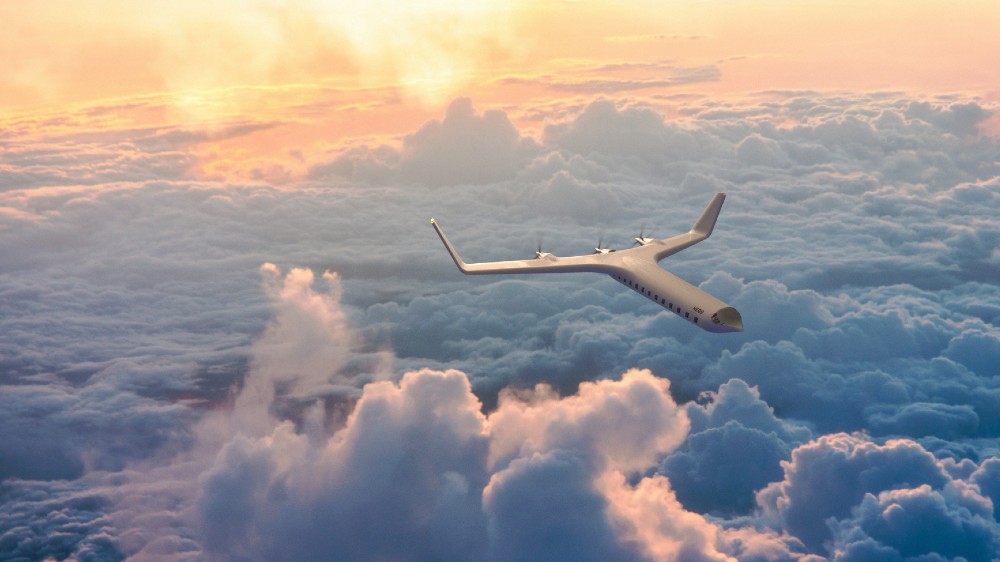 It has become impossible to ignore the toll that air travel is taking on the planet. Even some airline CEOs have encouraged passengers to consider alternate ways of getting to their destination in an attempt to cut down on carbon emissions. But a new airplane concept aims to give travelers an opportunity to fly without the guilt.

Dreamed up by New York-based designer Joe Doucet, the ZER0 is a zero-emission plane concept that is focused on efficiency rather than speed, according to Fast Company. Trading jet engines for propellers and traditional fuel for electric power, the plane is seen as a possible sustainable solution for short-haul flying.

Doucet pushes airplane design towards a more eco-friendly future by looking backwards. Instead of the futuristic, fuel-cell-powered engine set-ups we’ve seen from other electric plane concepts, the ZER0 would be primarily powered by three large propellers. But rather than pulling the plane forward like the planes of yore, Doucet’s design sees them pushing the craft. Each propeller would get its juice from either an electric motor fueled by either a battery pack or electric generator that would be charged by solar panels or wind turbines. The wings are also larger and positioned higher and further back than those on a traditional plane to maximize lift.

Of course, Doucet’s propeller-powered design would be 20 percent slower than a traditional, jet engine-powered airplane. Still, the concept is specifically designed for short-haul flying, which, studies have found, are responsible for the majority of carbon emissions produced by the airline industry. While the time added to your flight would build up over the course of a cross-country flight, it would only add 24 minutes to a two-hour flight. Considering the trade-off, that seems more than worth it.

“We’re not breaking the sound barrier, but efficiency is key,” the designer told the magazine. “It seems to me there’s both achievable technology, and a desire on the part of travelers to travel better, even if travel takes a bit longer.”

Doucet, who isn’t an aeronautical engineer, doesn’t expect to see the ZER0 brought to life, but he does hope that his concept will inspire designers going forward. Like other outside-the-box concepts we’ve seen over the last year, including one that mimicked the flying motion of birds, original thinking will be needed to make zero-emission flight a reality.