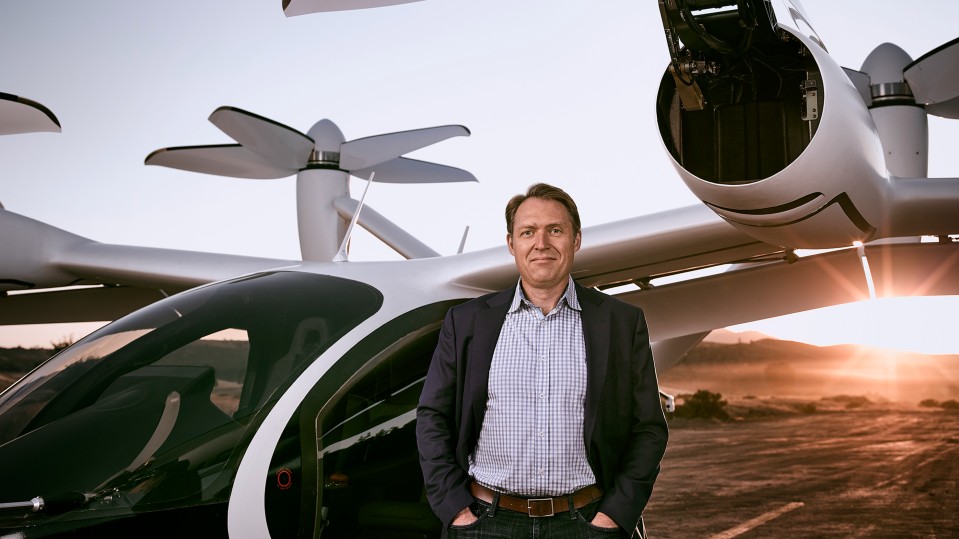 The most recognizable name in the emerging electrical vertical takeoff and landing (eVTOL) segment, JoeBen Bevirt, broke years-long silence yesterday during a webcast with the Washington Post.  It turns out he didn’t reveal any new details about his four-passenger electric aircraft or specifically where his company, Joby Aviation, is heading. He did, however, provide a general roadmap of how he thinks electric aviation will cause a transportation revolution.

Bevirt received Robb Report’s 2021 Best of the Best “One to Watch” award for his leadership and vision for the fast-growing eVTOL segment, but he has been notoriously media shy about discussing Joby’s future. Bevirt has an interesting history. As a child growing up on the California coast, he dreamed about flying. He built small vertical takeoff and landing (VTOL) aircraft powered by tiny gas engines for model cars, and later, studied robotics at UC Davis. Working with VTOL pioneer Paul Moller at Stanford in the late 1990s, Bevirt helped fabricate the first electric quadcopter.

Bevirt went on to launch and sell tech businesses (including one with DNA-sequencing robots and another using giant kites to harness electricity from the upper atmosphere) before launching Joby in 2009. Having coined the term eVTOL, Bevirt has said that if society could “move to electric, we could make a really, really big difference” in emissions and, ultimately, climate change.

The four-passenger air vehicle is aiming for certification in 2024, with air-taxi networks expected soon after.  Courtesy Joby

Reid Hoffman, co-founder of LinkedIn, became Joby’s lead investor in February, when his firm, Reinvention Technology Partners, announced it was merging with Bevirt’s company, giving it a $6.6 billion valuation. Joby had earlier acquired Uber Elevate, a longtime partner, providing access to some urban infrastructure and also allowing it to connect with Uber’s on-the-ground networks.

Both the inventor and investor appeared on the WaPo webcast, talking about how the electric aircraft market will transform the urban landscape. “We see a future where we can turn our streets into parks and cafes, making our living environment a much friendlier place to be,” Bevirt said during the webcast, referring to an air-taxi network that would replace automobile traffic on the ground.

The “acoustics” of the new electric aircraft are part of what makes it so attractive, said Bevirt. “The acoustics enables us to take off and land closer to where people want to go.” Having measured his electric aircraft’s noise against helicopters and other aircraft, Bevirt said the differences were “dramatic, both in the absolute noise level and the quality of the noise. Our noise profile sounds more like waves and the ocean.”

The “acoustics” of the air taxi are reportedly much lower and more pleasant to the ear than conventional airplanes and helicopters.  Joby Aviation

Some reports suggest Joby’s electric aircraft, designed to fly 200 mph with a range of 150 miles, is 100 times quieter than conventional aircraft. Bevirt was able to talk out loud without shouting, in a recent presentation of the aircraft, as the electric air taxi took off behind him. The company announced on July 28 that the aircraft accomplished a 150-mile flight on a single battery charge.

Joby’s initial goal is to have an air-taxi ride cost about the same as a taxi or Uber on the street. “But we want to move that down to what it costs to drive your own car—less than $1 per mile,” Bevirt said.

Beyond sustainability, lowering transportation costs and freeing up gridlock, Jobe’s long-term goal for society is even grander: “Our mission is to save a billion people an hour a day,” said Bevirt, during a previous conference.

The electrification of aircraft is just starting, according to Bevirt, who plans to use electric engines across different aircraft types.  Courtesy Joby

Hoffman calls the air-taxi market “huge.” Joby’s acquisition of Uber Elevate, partnership with Toyota to assist in manufacturing the air vehicles in a new California facility, and working with cities and partners like Reef to build urban landing infrastructure were some of the reasons Reinvent invested in Joby. “They locked into key partnerships that will help redefine transportation,” says Hoffman.

Bevirt declined to say where the company would establish its first urban air-taxi network, but confirmed an earlier announcement that its air taxi would be certified by 2024. Eventually, Bevirt sees electrification of aircraft as a panacea for driving down CO2 and other emissions across aviation.  “We want electric, with its zero emissions, to be a game-changer,” he says.  “Our goal is to apply our technology to a range of aircraft missions over time.”