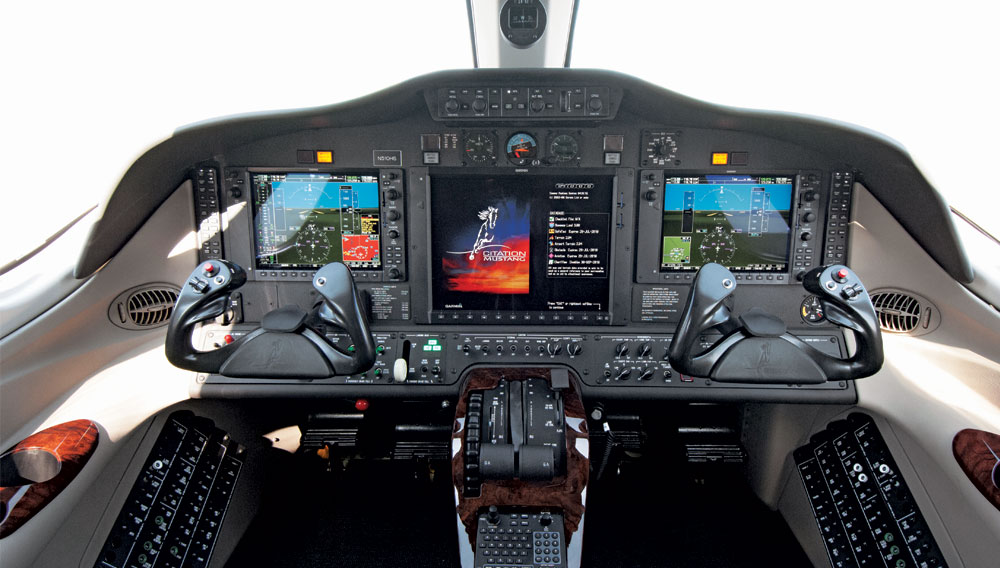 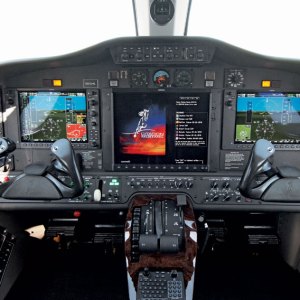 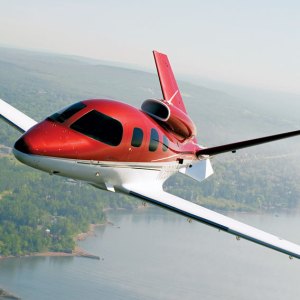 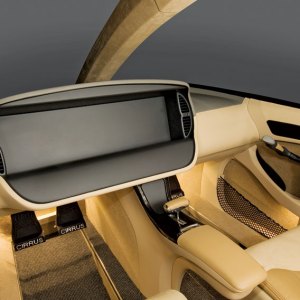 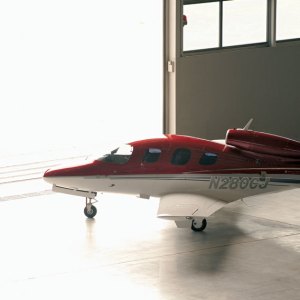 The marketing material for Cessna’s new Citation M2 tells prospective owners that this plane is “the upgrade every jet-aspiring aviator has been dreaming of.” This message is directed perhaps to the weekend pilots of Cessna 172s or Cessna 206s, for whom the dream of jet ownership includes more than just visions of reclining in the luxurious cabin of a Gulfstream 650.

Some of these aviation hobbyists upgrade from a visual-flight-rules (VFR), single-engine license and earn an instrument rating so that they can buy a larger, faster, more complicated piston-powered prop plane, such as the Beechcraft Bonanza, and fly themselves to business meetings in distant cities. If you love piloting a plane, this is a great way to combine business with pleasure and to take control over your travel schedule. Eventually, after earning a multi-engine certificate, some pilots trade up again to an aircraft such as the King Air 250, a twin-engine turboprop that can carry seven passengers across several state lines at a speed of about 350 mph.

Very few pilots go on to earn a jet rating, largely because jets are so much more difficult to fly. They move a lot faster than a prop plane and are designed to travel at much higher altitudes, and their automated systems are so complicated and can require so many rapid-fire decisions that even smaller jets have traditionally required two pilots in the cockpit.

However, now, after recession-related delays in some cases, aircraft makers are delivering or preparing to deliver entry-level jets that were designed with the owner-pilot in mind. In addition to the Cessna Citation M2 and the smaller and slower Citation Mustang—which Cessna began delivering prior to the recession, in 2007—these aircraft include the Embraer Phenom 100, the Eclipse 550, the Cirrus Vision SF50, and the HondaJet. All of these jets have received single-pilot certification from the FAA, meaning they can be flown without a co-pilot, and some of the manufacturers have created training programs that take low-hours pilots (those with fewer than 500 hours of total flight time) through the type rating and check ride necessary to become certified to fly these jets.

“The Mustang is a very good airplane for transitioning into a jet from a piston or turbo jet,” says John Azma, an FAA pilot examiner and flight instructor who specializes in training prop pilots to become jet pilots. “This jet is extremely pilot friendly and well made.” He notes that the Mustang is a largely automated aircraft, with an easy-to-operate autopilot and flight-management system. “After you get airborne,” he says, “you can engage autopilot and fly the whole way with autopilot, and then disconnect before you land.”

The Citation M2 is also designed for pilots who are transitioning from a prop plane to a jet. JD Terry, the business leader for Citation light jets at Cessna, says that the company developed the jet in response to customer demand for an aircraft that would offer the speed of a jet but could be flown alone by an owner-pilot. He says that pilots feel instantly comfortable in the M2 cockpit. “A lot of people have learned to fly in Cessna aircraft. So somebody that’s coming in from a 172 or a 208 or an older twin and gets into this jet, they’re going to know that they are in a Cessna right away.”

Yet the Mustang, the M2, and the other entry-level jets are still jets. They fly at 30,000 feet at speeds much faster than those of any piston-powered plane, and they have flight-management systems that require lots of thinking and reacting by the pilot. Longtime pilots and flight instructors urge owners not to take the step up from a prop plane to a jet lightly.

“For a single pilot, the cockpit resource-management system (CRM) requires that you do all the communication with air traffic. You have to read all the checklists by yourself. It’s a lot. It’s a handful,” says Phil Nardecchia, the training manager at Embraer CAE Training Services, a joint venture between the jet manufacturer and CAE, a company that builds flight simulators and provides pilot-training services. The business prepares pilots to fly the Phenom 100 and the larger and more powerful Phenom 300. “We’ve had professional Part 135 guys [commercial pilots] come here to learn to fly the Phenoms, and they’ve had to work hard.” Embraer has delivered more than 300 Phenom 100s, many to owners who pilot or intend to pilot their jets.

According to Embraer, the Phenom 100 is an ideal transitional jet because it was designed to fly at lower cruising speeds. While the King Air 250 turboprop will cruise at 350 mph, and the Phenom 300 flies at 520 mph, the Phenom 100 has a cruising speed of 448 mph—a comfortable intermediate step between the two aircraft. The jet, which flies slower in part because it has straight wings instead of swept wings, also has slower approach speeds, making it easier to land than larger jets. Also, the avionics are configured around the left seat, so that a single pilot can read and access all of the screens.

In these entry-level jets, the avionics themselves have been designed to help the single pilot more easily manage all of the information involved with jet flight, including maintenance checks, filing high-altitude flight plans, and communications. The Citation M2 is equipped with a Garmin G3000 avionics suite, which features oversized screens that present information about weather conditions, topography, aircraft attitude, and engine operations on three flat-panel screens. The Mustang has a Garmin G1000 suite. All new Cessna piston and turboprop models are equipped with Garmin G2000 or G1000 avionics, so a pilot transitioning to an M2 or Mustang from a new Caravan single-engine turboprop, for example, will be flying with familiar avionics. Pilots transitioning from older-model Cessnas have to learn about the Garmin flight deck from scratch.

The Garmin G1000 avionics in Embraer’s Phenom 100 are more pilot-friendly than the standard G1000 model. Dubbed Prodigy Flight Deck 100, they include all the maintenance- and engine-alert systems, which perform some of the preflight engine checks and maintenance checks, reducing the number of tasks the pilot has to do before takeoff.

The Embraer CAE Training Services program for Phenom pilots is an intense 14-day session on-site at one of its facilities in Dallas, London, or Sao Paolo. “It’s a fire hose,” says Nardecchia. “We have some very low-time people who take the training. Sometimes that’s a problem and sometimes not.” The training, which can be especially challenging for pilots who have never used automated instruments, includes classroom sessions and individual tutorials on how to use the cockpit instruments and how to file a flight plan and perform other required tasks. The students, who can train and test to fly solo or as part of a crew, eventually get into a flight simulator and practice landings and responding to emergency situations. Before using the simulator, they practice interacting with the aircraft flight deck on a desktop computer. “It gives them a little more confidence before they hit the full simulator,” says Nardecchia.

After about 14 hours of simulator training, the students pilot an actual Phenom during their exam flight with an FAA examiner. Upon completing the exam, they are certified to fly the jet—solo if they have trained and tested alone. According to Nardecchia, at any given time, as many as 30 students are studying and practicing at the Dallas facility, in the classroom or in simulators.

For the Citation Mustang and Citation M2, Flight Safety International, a company that trains pilots to fly many of Cessna’s aircraft, offers similar two-week training programs. Students must have a pilot’s license with both an instrument rating and a multi-engine rating. Experience flying turboprops is not required, but it is a plus.

You do not have to learn to fly a jet through a manufacturer-affiliated flight school—or by using a simulator. Azma, the FAA examiner and flight instructor, and his team of instructors teach students to fly the Mustang and other jets the old-fashioned way: in the air. “We don’t provide any simulators,” he says. “My clients enjoy training in the actual aircraft. We have been successful with this transition. I’ve been to other facilities many times, and you see the instructor in the back of the room watching a computer screen, marching the boxes through the maneuvers. But eventually when the students get into the airplane, they are lost.”

This is why Azma prefers to train in the aircraft, sitting in the right seat, giving minute-by-minute corrections to students as they pilot the jet. “They can smell the fuel, they can feel the heat,” he says. “It’s not a cozy environment where you know you can make all kinds of mistakes. When you’re up in the air, you know you can’t make a mistake in an aircraft that costs $3 million.”

Not every student who completes the Embraer CAE program immediately feels confident enough to pilot a Phenom 100 alone. Low-airtime pilots who own Phenom 100s sometimes hire a mentor pilot. CAE maintains a list of pilots who make themselves available to fly in the cockpit alongside Phenom owners.

It is a truism in aviation that a pilot’s first few hundred hours with any new type rating—jet, turboprop, or piston-powered prop—are the most dangerous. It also seems to be true that owner-pilots are at greater risk of crashing than their professional counterparts. Robert Breiling operates a firm in Boca Raton, Fla., that tracks and compiles the accident and incident rates of business jets, turboprops, and turbine helicopters. According to his research, the safety record for non-professional jet pilots is more than two times worse than that of professional jet pilots. He says crashes frequently involve pilots with minimal experience and pilots who are flying the aircraft alone. “If you’re the lone pilot and everything goes great, then fine,” Breiling says. “But as soon as something goes wrong, you’ve got your hands full.”

Robb Report Private Aviation Advisory Board member Kevin O’Leary does not recommend that jet owners, whether they are new pilots or experienced ones, fly solo. “I would stress an assistant pilot for years if not forever,” says O’Leary, whose company, Jet Advisors, helps clients purchase entry-level jets and other aircraft. “I know guys getting paid $50,000 just to be available to fly with an owner-pilot.” That sum, he says, is “cheap insurance.”