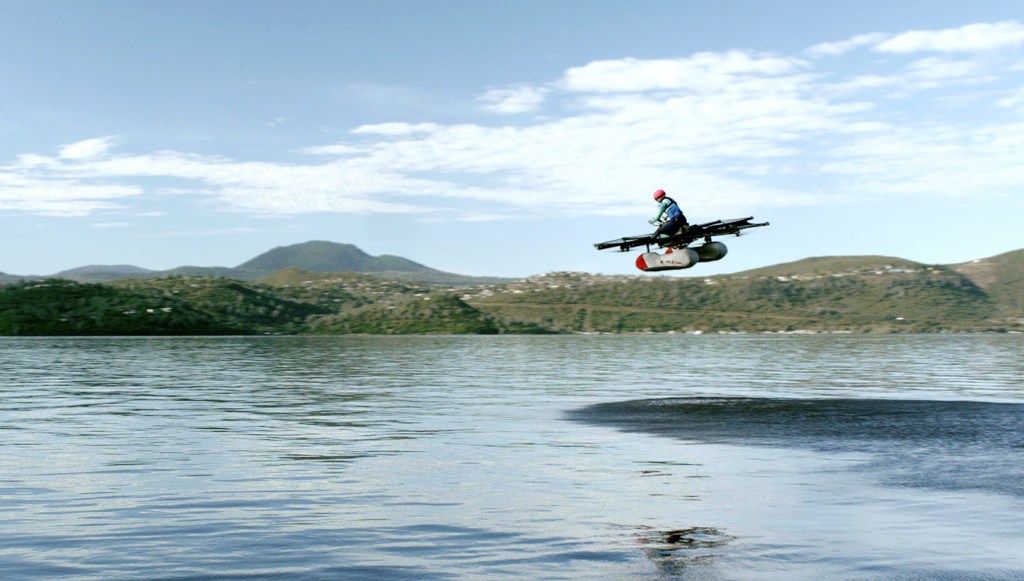 If you’re waiting for a flying car, the Kitty Hawk Flyer is not quite the answer to your congested commute, but if your dream is to fly for fun with a minimum of effort, you might find the Flyer worth a look. The all-electric aircraft was developed in Silicon Valley by Kitty Hawk Corporation, backed by Larry Page, one of the co-founders of Google. It’s light enough and simple enough to qualify as an Ultralight under the regulations of the Federal Aviation Administration, so no pilot’s license is required to fly it.

The Flyer is designed to fly over fresh water in uncongested areas. A pair of pontoons act as landing gear, and eight rotors provide lift. The pilot sits astride it like a motorcycle, and operates controls mounted on a set of handlebars. It is currently still in development, so the image here is not the final design.

Kitty Hawk invited several non-pilots to try out the prototype and write about their experience. Blogger Cimeron Morrissey wrote that after a “few hours of training on a flight simulator” she was able to climb aboard the aircraft and go for a solo flight. “I feel light and ecstatic and utterly free,” she wrote. “This is just like my flying dreams!”

The company says a production version of the Flyer will be available for sale by the end of the year. To qualify for the FAA’s Ultralight category, the aircraft must be used for sport or recreation only, hold only one person, fly no faster than 55 knots (about 63 mph), and meet other restrictions on its capability and use. The company says it will announce a price when it launches the production version. (kittyhawk.aero)