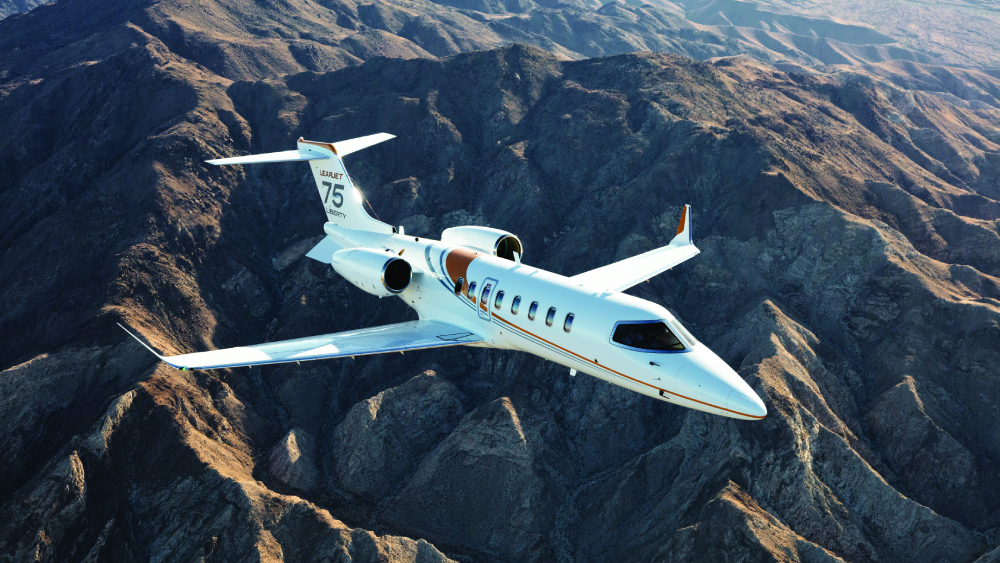 In the early 1960s, the Learjet 23 created a revolution in business aviation. As the world’s first light regional jet, the 23 had a svelte military fuselage, wing-tip fuel tanks and a top speed of 561 mph, giving it instant cult status. “If there’s one name associated with business jets, it’s Learjet,” says Rolland Vincent, president of aviation consulting firm Rolland Vincent Associates. “The brand equity is so strong I know many owners who call their aircraft a Learjet, even if it’s built by another manufacturer.”

Yet in the last decade Learjet has experienced unexpected turbulence. Parent company Bombardier invested $1.4 billion to develop the Learjet 85 with the goal of positioning it as the future of the brand, but was forced to jettison the project in 2015 as it struggled with larger financial issues. That left the Learjet 70 and 75 platforms; based on the previous-generation Learjet 45 and 45XR, the aircraft came with many positive upgrades, including canted winglets, faster climb rates, tweaked engines and the Bombardier Vision cockpit. But Learjet has seen fierce competition, notably from Embraer and Textron, both of which rolled out newer models priced some $5 million less than the $13.8 million 75. Learjet is now producing just one aircraft per month at its Wichita facility.

Enter the Learjet 75 Liberty, scheduled to begin service this year. At $9.9 million, it’s priced to disrupt the light- and super-light-jet segments, offering a midsize airframe and cabin but with the operating costs of smaller light jets. “The Liberty offers the best speed and range of any aircraft in the light jet segment,” says Bombardier spokesperson Louise Solomita. “With its six-seat configuration, it features the segment’s first executive suite, where passengers can stretch out.”

Learjet converted the midsize Learjet 75 into the super-light-jet 75 Liberty by retaining the airframe and engines while removing seats, the auxiliary power unit, the external accent lights and the lavatory sink (all available as options).

“It’s an odd strategy when you refresh a product by taking amenities out of it,” says Brian Foley, an aviation-industry strategist. Foley believes Learjet is struggling because, in addition to the aborted Learjet 85 program, the market for midsize and light jets is nowhere near its peak before the Great Recession. Not to mention that orders for business jets are expected to drop 40 percent this year compared to last, thanks to Covid-19.

Still, the 75 Liberty has many selling points: Aside from its lower price and competitive operating costs, the jet also features an updated flight deck. And it’s backed by Bombardier, manufacturer of the popular Challenger super-midsize and Global ultra-long-range lines. Bombardier’s total private-jet business is valued around $7 billion, and so far, the Canadian giant has stood behind Learjet, its smallest aircraft division.

Vincent shares Foley’s concerns about Learjet’s future, especially with a glut of new aircraft on the market. “There’s still a lot of excess capacity,” he says, adding that he remains a “big fan” of the brand: “It’s gone through hell and back several times.”