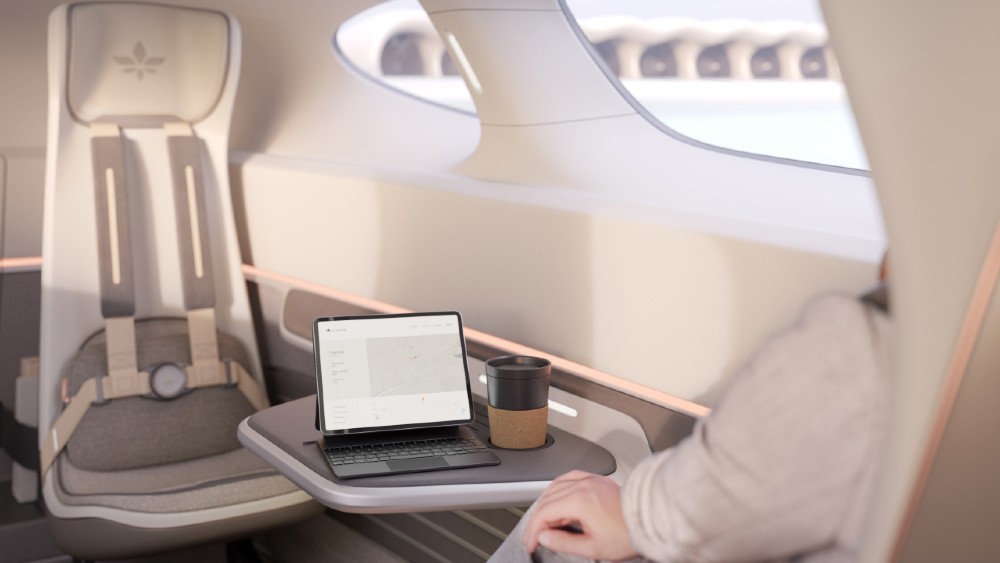 See the picture above? Think of it as a blank canvas for what could become the world’s first luxury eVTOL. An electric jet with beautiful wooden veneers on the walls, leather seats, high-tech communications, individual entertainment systems and, of course, a whisper-quiet ride since the engines are all electric.

Lilium isn’t releasing renderings yet of what it believes will be the world’s first “premium” electric jet, but its entry into the segment is newsworthy. With the exception of a few startups like TranscendAir, the eVTOL world is mostly ignoring individual owners.

Some eVTOL leaders like Joby plan to pursue the air-taxi market, and others like Beta see emergency cargo deliveries—specifically live organs for transplants—as their first missions. Lilium, which told Robb Report three years ago that it plans to create air-taxi fleets and regional commuter transport, now expects wealthy individuals to drive the first sales of its seven-person Lilium Jet.

The German aircraft maker plans to release details of a special-edition luxury Jet, with its optional bells and whistles, and à la Tesla, register potential owners via a microsite. Lilium said it will announce more details about the special edition and microsite next Tuesday in a letter to shareholders. The initial price tag for a Lilium Jet is in the neighborhood of $4.5 million, according to its recent sale of 220 jets for $1 billion to Azul airlines. Lilium declined to give pricing for either a standard single jet or the new special-edition model.

Lilium has announced deals with NetJets, the world’s largest fractional aviation firm, to sell up to 150 aircraft, Bristow Group for 50 jets and the ASL Group, a large European operator, to purchase six jets, but more importantly, help create a network of landing sites in Germany, Belgium and the Netherlands. Those three deals convinced Lilium that there was a market among wealthy individuals.

“We believe that high-net-worth individuals will be key to the eVTOL market in its first years,” Sebastian Borel, vice president of business operations, told Robb Report. The wealthy who can afford the Lilium Jet could use it to commute from landing ports at their homes to work, or other locations that the winged eVTOL, powered by 30 ducted fans Lilium calls “jets,” can reach with a theoretical range of 150 miles.

Lilium will be taking aim at conventional private jets with similar ranges, according to Borel. That’s unlike the air-taxi segment, which seeks to provide an alternative to ground transport. Besides high-net-worth individuals, Lilium sees potential customers being Part 135 fleet operators, or companies that want to supplement their conventional aircraft fleets with a Lilium Jet. “Nobody else in the eVTOL segment is addressing this premium segment,” says Borel.

Just about every white paper on the fast-emerging eVTOL segment agrees that it will be corporate travelers or wealthy individuals kick-starting the electric air revolution, mostly because initial costs will be higher than ground alternatives. Once the industry reaches scale, prices will come down to more affordable prices for general travelers. The company estimated in 2011 that it would cost about $2.5 per mile to fly on its aircraft.

Lilium decided to announce the special-edition now, says Borel, almost three years ahead of its planned certification with the FAA and EASA, because the company—and the industry—still have to figure out what an eVTOL network will look like. “We know the demand is there, but we’re still not sure the exact way it will work,” he says. Knowing who potential owners are will give the company a sense of geographic demand and where it might need to first build the best infrastructure.

Three years will also give the aircraft industry—airports, potential vertiports and electric charging stations—time to plan ahead for the infrastructure. “It won’t be like there will be hundreds of electric jets whizzing overhead in Miami or New York during the first years,” says Borel. “With a few high-net-worth individuals starting out, airports won’t have go to from zero eVTOL landings to 50 per day. They can adapt with a few, then grow the infrastructure.”

While the eVTOL segment is expected to start in earnest in 2025, most analysts don’t think it will be mainstream until 2030.

Lilium and its competitors still have a long way to go. The company completed a flight of its fifth-generation demonstrator earlier this week at its test facilities in Spain with a full-scale prototype that flew at an 80-knot cruise speed, following another flight earlier this summer. But earlier this year, it pushed back its 2024 certification date by a year to 2025, which prompted some observers to question the multi-jet design of its aircraft and whether projections of its battery technology were too optimistic.

The company has pushed ahead. Beyond testing, it is now working with aviation authorities on certification requirements for eVTOL pilots. The regulations are still being finalized, but Lilium will require a commercial pilot’s license as well as supplemental training for pilots who have never flown an aircraft with hovering capabilities.

The biggest selling point for the special-edition Jet is its large cabin. “With the options, it will be extremely attractive to high-net-worth individuals,” Borel says.

We’ll wait to see the pictures.