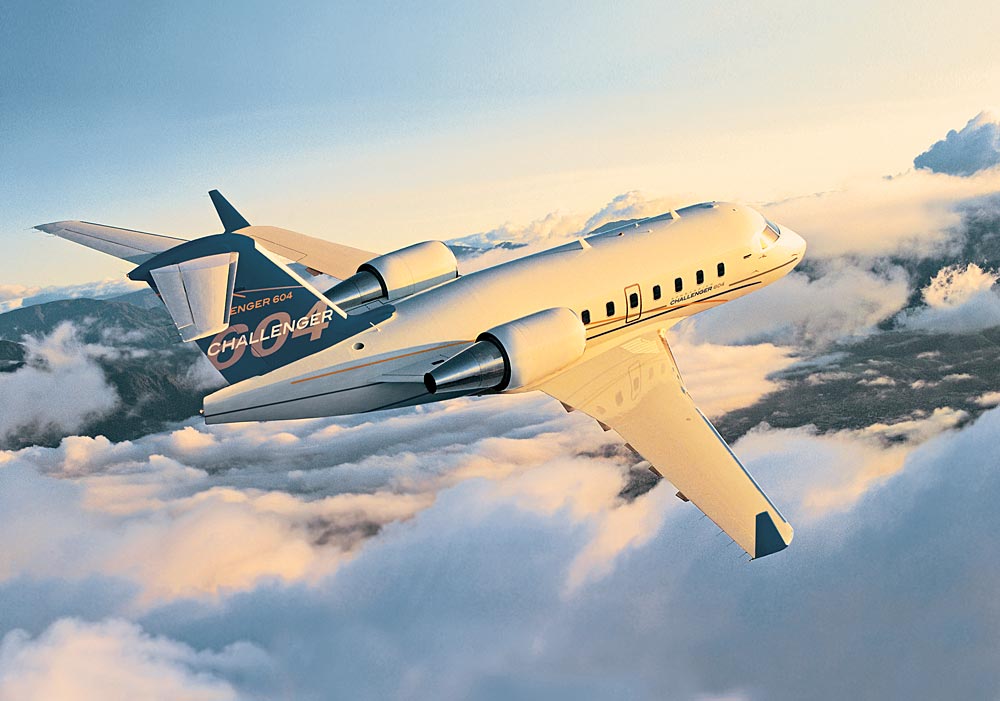 Aviation consultants are a fairly new breed. Bill Quinn, a consultant based in Portsmouth, N.H., remembers that just a generation ago, people rarely used them. “Back then, a consultant was someone who was unemployed,” he observes wryly. “When a CEO decided to buy an airplane, he hired a pilot and said, ?‘Go buy an airplane!’ So the pilot went to a broker.”

In a small office at Pease International Tradeport in Portsmouth, Quinn, a soft-spoken, silver-haired 59-year-old, leans back in his chair and stares out his window at seagulls loitering on the tarmac. ?“The problem was,” he continues, “people thought if a pilot could fly a plane, he could do anything! But of course, you have to keep a plane somewhere. And maintain it. And insure it. ?And learn about all the regulations that affect it. Owners quickly learned that many pilots, no matter how smart, weren’t necessarily good managers. And then, sure enough, all these unanticipated costs began to add up. . . . If owners didn’t start out with good advice, many of them ended up selling their plane just a few years after they bought it.”

Today, Quinn is widely known and well respected in his field. In 1983 he founded Aviation Management Sys­tems, or AMS (see “Top Guns,” page 116), becoming one of the first to specialize in aviation consulting. “In those days, most brokers just listed planes for sale,” he says. ?“The concept of a consultant as a client advocate was just catching on.” A client advocate, he explains, accepts a fee or a percentage of a transaction only from the person he is assisting, not from any third party, such as a plane manufacturer. ?The consultant generally guides the purchase or sale of an aircraft, but may also help a client evaluate a fractional offering, investigate charter options, or perform a single service, such as a safety audit. If a client wishes to purchase a whole aircraft, the consultant might explore the market, write a competitive analysis, help narrow the field down to a couple of candidates, and negotiate an agreement with the manufacturer or owner. Following the purchase, the consultant can secure an arrangement with an aircraft management firm, which will hangar the plane, maintain it, provide pilots, and perform other services required to keep it flying. The management firm also may charter the plane to other parties in order to help the client recoup some of the costs involved.

The fees Quinn charges for his services vary, but they often settle in the low six figures. “For an acquisition, I might charge $50,000 to $250,000, depending on the size of the plane,” he says. “For a sale, the charge might be a  percentage—one-half of 1 percent for a $50 million jet, say.” For consulting on the purchase of fractional shares, he typically charges a fee of $10,000 per transaction or $350 per hour.

To prospective aircraft owners, such fees might seem exorbitant. ?Yet with acquisition and maintenance costs soaring, decisions relating to how, what, and when to buy are more critical than ever, as Greg, a Bay Area businessman, soon realized when he began looking for a plane to purchase in 2001. “I was sick and tired of commercial airlines,” he says, “but at the time, I owned a business that required me to get in and out of remote locations regularly, and I couldn’t do it without flying.”

The problem was that Greg liked every plane he saw. Then one afternoon, while he was at a San Francisco airport looking at an Astra SPX jet, his chief financial officer introduced him to Walter Kraujalis, an aviation consultant who is currently with the consulting company AeronomX, which is headquartered in Cedar Key, Fla.

“I asked him why I should be interested in his services,” Greg recalls. Kraujalis responded: ?“Did the salesman tell you whether this plane can land at every airport you want to use? Did he say how much the plane will cost to operate? Did you know there are 15 of these aircraft available pre-owned—some of them almost new?” Greg hired him soon afterward. They looked at several aircraft together, finally settling on a $12 million Hawker 800XP jet.

“I had no idea how important Wal­ter’s help would be,” Greg notes. “Aviation has a language of its own, full of acronyms—you need a translator. And most people don’t really understand all the pros and cons of the aircraft they’re considering, like speed, fuel efficiency, resale value, and the seller’s reputation for service. But most important, you need to know how much the seller is willing to negotiate. Every time I spoke to a salesman, Walter was by my side. I saved a huge amount of money by being an educated buyer.”

Kraujalis also helped Greg understand the costs he would face after the purchase. Most buyers do not realize that an aircraft’s purchase price represents only 25 to 40 percent of its total cost: Operating costs account for the rest. These days, fuel costs in particular can be a burden. “Imagine driving a Toyota Camry to an [airport] to fly your plane from New York to Calif­ornia,” Greg says. “And imagine that you simply abandon the Camry in the airport parking lot. That’s pretty much the price you’re going to pay when you fly a large jet coast to coast.”

Kraujalis suggested a number of measures to reduce Greg’s costs. For one, he recommended that Greg legally become what is known as an active owner, rather than a passive owner, of the jet. Active owners must maintain their own flight departments (rather than using management companies) and dedicate at least one hour per week to them. Moreover, while active owners have an easier time deducting related costs from their taxes, they can be held liable for accidents in their planes. By contrast, passive owners, who rely on outside parties to manage their planes, cannot deduct certain costs, but enjoy limited liability. As an active owner, Greg was able to take a nice write-off. Kraujalis also advised him that he could save money on taxes by housing the Hawker in Oregon rather than in California. “I chose an FBO [fixed-base operator] in Hillsborough,” Greg says. “A Japanese fellow stores his jet there too. Get this: He keeps the plane in Oregon because it costs less to fly back and forth over the Pacific than it does to pay taxes on the plane in Japan.”

Lee Rohde, a tall, outgoing man in his 40s, has been president of Aviation Management Systems since Quinn stepped down in 2005. It is important to understand the differences between a broker, a consultant, and a dealer, Rohde says. “A dealer is someone who has an aircraft in inventory and wants to sell it. He does not have any responsibility to the buyer.” ?A broker, he says, is simply someone who lists a new or pre-owned aircraft for sale. A dealer can be a broker, but if this is the case, buyers have to be careful, because dealer-brokers have an incentive to steer buyers toward planes in their inventories. ?Within the broker category, the seller’s broker receives a fee or a percentage of a transaction from the seller, whereas the buyer’s broker is compensated by the buyer. A broker also can serve as an aviation consultant, providing advice on a purchase or sale.

Buyers should make sure that a consultant has no conflicts of interest. “Reputable consultants will not take money from any other party in a transaction,” Rohde says, “unless you agree to this ahead of time.”

Within this universe of players, further shades of gray exist. Quinn, for example, usually acts as a seller’s broker these days, but he likes to look at a transaction from the perspectives of all parties involved, to help ensure that everyone walks away satisfied. “Repu­tation is huge in this business,” he says gravely. He points out that trustworthy brokers honor a code of ethics formulated by the National Aircraft Resale Association; their names are listed on the group’s web site (www.nara-dealers.com).

Consultants’ services generally extend beyond buying and selling. Rohde ticks off some selections from AMS’ menu: “We’ll appraise your aircraft or oversee a completion [the fitting of an interior]. We’ll take a look at your flight department, suggest improvements to the management. We’ll evaluate charter companies, or recommend a jet-card program [in which clients prepay for charter services in exchange for guaranteed availability of planes and preset fees]. Or we’ll help you understand a fractional purchase.” ??That last option, he notes, can be fraught with danger.

“Whether you’re buying a plane, buying a share of it, or chartering it, you can’t afford to ignore certain issues,” Quinn says. “Take legal ones. If you’re chartering, who is responsible for an accident? In a case a few years ago, a charter pilot decided not to wait for his wings to be deiced, and then crashed, killing a passenger. ??That plane had been subcontracted through a string of charter companies, so everyone laid the blame on everyone else. ?Take tax issues: For example, how much expense can you deduct if you fly private passengers along with corporate ones on a business trip? The IRS is watching that carefully now. Let me tell you, the days of Jack Welch packages [compensation deals that combine corporate with private perks] are dead. One corporate executive recently told me, ‘I haven’t had a set of golf clubs on my business jet in over three years.’?”

“Regulatory issues,” Rohde chimes in. “Our clients are flying more frequently to China, and they need to know the rules for that. Or a foreign national might want to buy his first plane in the United States. What laws govern a transaction like that, and how does the client export the plane back to his home country?”

Quinn observes that, throughout an assignment, an aviation consultant frequently must deal with other people retained by the client. “The problem,” he says, “is that attorneys often try to justify their fees by becoming aircraft brokers, which they aren’t trained to do.” Quinn says he sometimes must spend a good number of hours educating a lawyer about a deal—“hours the lawyer bills to his client!” Others who may become involved include pilots, accountants, wealth managers, and lenders. In these cases, he notes, the consultant has to maneuver carefully to ensure that the client’s needs are met while the handlers remain reasonably cooperative—a job made easier when the handlers appreciate the consultant’s special expertise.

Despite the occasional frustrations, Quinn claims that he has never considered leaving aviation. “Every consulting job is an adventure,” he says. “I can’t tell you how much I enjoy that.”

As for Greg, a few years ago he sold the Hawker 800XP and purchased a larger jet, a Bombardier Challenger 604. Kraujalis advised him in both deals. ?“I’m certain that the money Walter saved me was at least equal to what he charged,” Greg says, “and probably more.”

Aviation consultant Walter Kraujalis says he is one of only a few people in his profession. “I don’t understand why,” he says. “I’m astonished that so many people still rely on the opinions of a friend or two while making multimillion-dollar aviation deals.” Here is a sampling of the top aviation consultancies in the United States.