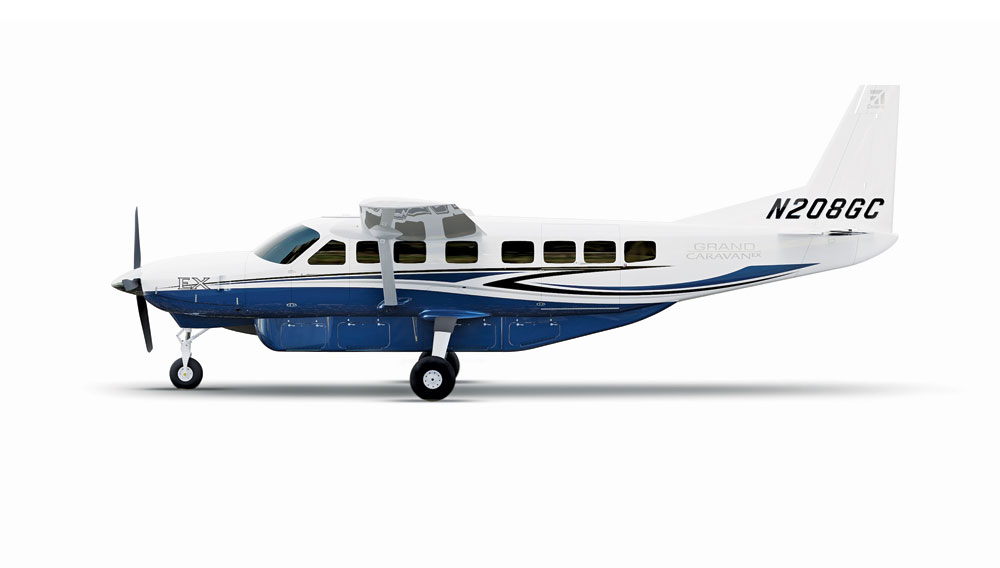 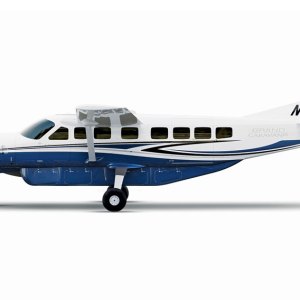 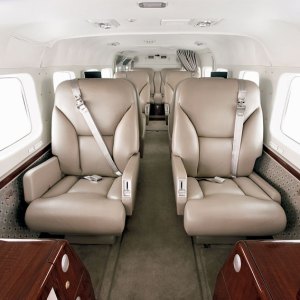 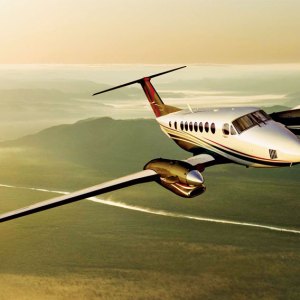 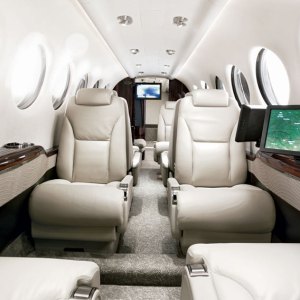 The 50th anniversary of the King Air twin turboprop’s first flight is one cause for celebration at Beechcraft (www.beechcraft.com). Another is the company’s new ownership. After emerging from bankruptcy in 2013, Beechcraft was acquired in March of this year by Textron, a global conglomerate based in Providence, R.I. A new division, Textron Aviation, now operates Beechcraft and Cessna, a longtime Textron subsidiary, which, like Beechcraft, is headquartered in Wichita, Kan.

The King Air, one of aviation’s most durable and popular designs, made its maiden flight in January 1964. Since then, Beechcraft has delivered more than 7,200 planes from this model line. Beechcraft has continuously updated and enhanced the King Air over the last five decades, adding speed, range, and payload capabilities and improving the avionics and interior, but always the aircraft has featured a roomy cabin and efficient performance. The current top-of-the-line King Air, the 350i, can carry as many as eight passengers and travel nonstop as far as 1,900 miles. It is priced at about $7.42 million.

Cessna (www.cessna.com) also has its own turboprop aircraft, the durable single-engine Caravan, which the company will continue to produce. The Caravan can accommodate as many as nine passengers, and it can land on unpaved runways. The plane’s rear double doors enable travelers to load nearly any type of gear with ease. The premium variant of the Caravan, the Grand Caravan EX, is priced at about $2.2 million.

Earlier this year, Cessna rebooted the single-engine Corvalis design that it took over from Columbia several years ago and rebranded as the TTx. The all-composite four-seater—which, with a 270 mph maximum cruising speed, is Cessna’s fastest fixed-gear single-engine piston—now comes with an optional anti-icing system.

Another venerable single-engine-piston manufacturer, Mooney International (www.mooney.com), formerly Mooney Airplane Company, re-entered the market this year after closing down production in 2009 but continuing to provide parts and mechanical support for its fleet. The company’s factory, in Kerrville, Texas, has resumed deliveries of the Acclaim Type S, a $700,000 four-seat aircraft. The plane now features an oxygen system, a leather interior, and updated avionics as standard equipment, and achieves a top speed of 278 mph. Options include air-conditioning and an anti-icing system.

The TBM 900, a single-engine turboprop from France’s Daher-Socata (www.tbm.aero), made its U.S. debut in April at the Sun ’n Fun air show in Lakeland, Fla. The $3.7 million aircraft, an upgrade of the 850 model, features new winglets and a new five-blade composite propeller. These changes improve the plane’s climb performance and increase the maximum cruising speed to 368 mph. The 900 has a range of 1,868 miles.

Epic Aircraft (www.epicaircraft.com) continues to develop a single-engine turboprop. The company, which is based in Bend, Ore., and began in 2004 by selling kits, plans to offer the six-seat E1000 as a factory-built certified aircraft, with an initial launch price of $2.75 million. Epic expects the plane to receive FAA certification by the middle of next year, and it plans to begin deliveries by the end of 2015.

Also in the works is a new turboprop from Kestrel (www.kestrel.aero), which is headed by Alan Klapmeier, one of the founders of Cirrus Aircraft. The carbon-fiber aircraft, called the Kestrel, is designed to be easy to fly and to comfortably accommodate six to eight passengers in an unusually roomy cabin that can include a lavatory. The Kestrel will have a range of nearly 1,350 miles and a maximum cruising speed of about 370 mph, and it will be able to land and take off from unpaved runways. The company expects the aircraft to be priced around $3.2 million but has not announced when it plans to begin deliveries.

Cirrus Aircraft (www.cirrusaircraft.com), best known for its SR20 and SR22 single-engine-piston personal aircraft equipped with a whole-airplane parachute, is developing the Vision SF50, a personal jet designed to be an easy step up for current Cirrus pilots. In March, the company’s pilots flew the latest test version, which Cirrus expects will closely resemble the final production aircraft. The SF50 is a seven-seat, pressurized single-engine jet. It will be priced at just under $2 million and, like the company’s piston planes, it will have a built-in parachute. Cirrus expects to begin deliveries by the end of 2015.

Cirrus also has been leading an upswing in sales of single-engine-piston aircraft, with its best-selling SR22 at the head of the pack for an 11th year in 2013. The four-seat airplane can cruise as fast as 210 mph and has a range greater than 900 miles. The top-of-the-line SR22GTS is priced at $765,000.

Italy’s Piaggio Aero (www.piaggioaero.com) unveiled the latest version of its Avanti twin turboprop in May in Geneva at the European Business Aviation Convention and Exhibition (EBACE). The new model, which is priced at $7.4 million and has been dubbed Evo, will seat as many as nine passengers and feature an optional extra fuel tank that will extend the aircraft’s nonstop range to almost 2,000 miles. The Evo also will be equipped with winglets and five-blade propellers to improve its aerodynamics and reduce external noise.

Also at EBACE, Switzerland-based Pilatus (www.pilatus-aircraft.com), manufacturer of the popular PC-12 single-engine turboprop, opened the order book for its first jet, the PC-24, and quickly took more than 80 orders, selling out the initial production run. The company says that the $8.9 million twin-engine aircraft, which Pilatus bills as a “super versatile” jet, will be able to land on and take off from unpaved runways and have a maximum cruising speed of 489 mph. It will seat as many as 10 passengers.

Eclipse Aerospace (www.eclipseaerospace.net) began deliveries early this year on its first batch of factory-fresh twin-engine 550 jets. The Albuquerque company took over the orphaned design several years ago from Eclipse Aviation, which went out of business in 2008, and has been upgrading and supporting the fleet. The all-new jet sells for $2.9 million and can seat as many as six people. Its maximum speed is 430 mph, and its nonstop range is nearly 1,300 miles.

Two eVTOL Makers Are Quickly Moving Ahead With Certification