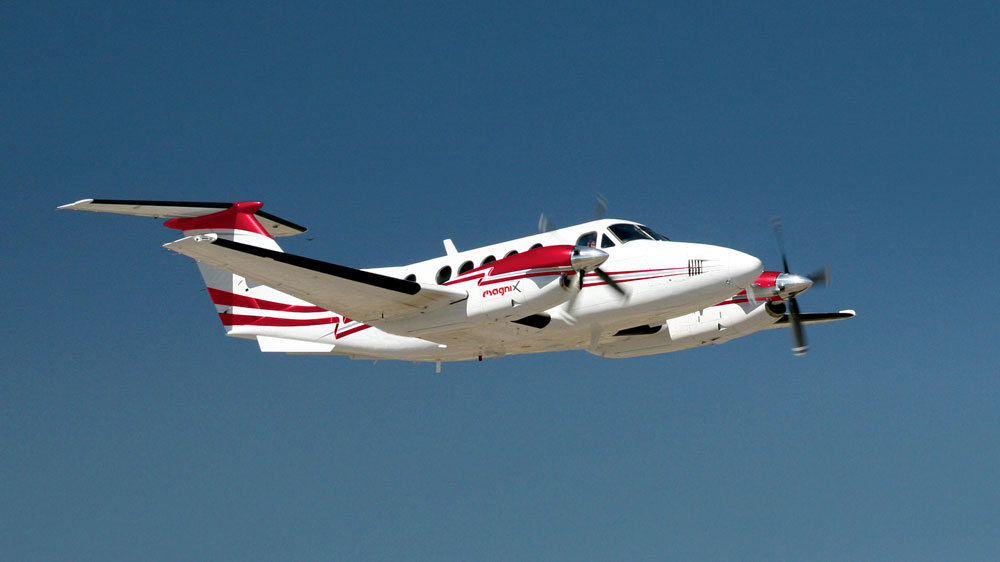 Much digital ink has been spilled over the past year writing about electric vertical takeoff and landing vehicles (eVTOLs), which promise fast, quiet, and emissions-free urban commuting. But the goal of fully electric aerial propulsion isn’t limited to these UFO-looking crafts; there are a number of companies trying to develop motors to power more traditional aircraft for longer-range trips, including relative newcomer MagniX.

But first, a little history. Some years ago, Airbus showed off the all-electric E-Fan to the world. That model was never produced, but Airbus is using what it has learned to create a hybrid design that replaces one engine on a four-engine jet with an electric motor. Hybrid airplane designer Zunum already has a contract with JetSuite to integrate its planes into JetSuite’s fleet. Even NASA and German conglomerate Siemens have gotten in on the action, though the latter faced a setback when its Magnus eFusion prototype caught fire and crashed in Hungary, killing the two pilots; it’s thought the batteries were to blame.

Now joining the fray is MagniX, which was originally based in Australia but recently moved its global headquarters to Seattle, Wash. The company is developing its Magni series of electric motors with the aim of maximizing power density, i.e. squeezing the most hp out of as small an engine as possible. Today, the company announced that it held the first successful test of its 350 hp electric engine mounted on a Cessna mock-up, making it the first test in which the motor turned an actual propeller. It also has the distinction of being just the second electric motor light enough for aviation that is able to harness 350 hp or more. It may seem like an early step, but it’s a big milestone for the company that plans to fly a Cessna 208 Caravan using the 750 hp version of its motor by fall of next year.

But don’t get ready to retrofit your plane just yet. The perennial problem faced by electric aircraft developers is battery power, and the company admits that the technology is not where they would like it to be. That said, MagniX predicts that a Cessna 208 equipped with its motors should be able to travel more than 200 miles on a charge within four years. And batteries that allow for mid-range flight (about 300 to 620 miles) may not be too far off, either.

Given that fuel comprises a substantial percentage of a plane’s operating cost and that aircraft contribute 2 to 3 percent of all man-made C02, the adoption of electric aircraft seems to be a win-win for everyone. Now let’s just hope the development of energy-dense batteries continues its pace—how else is your private electric plane going to get you from LA to Napa Valley for a quick midday wine tasting?