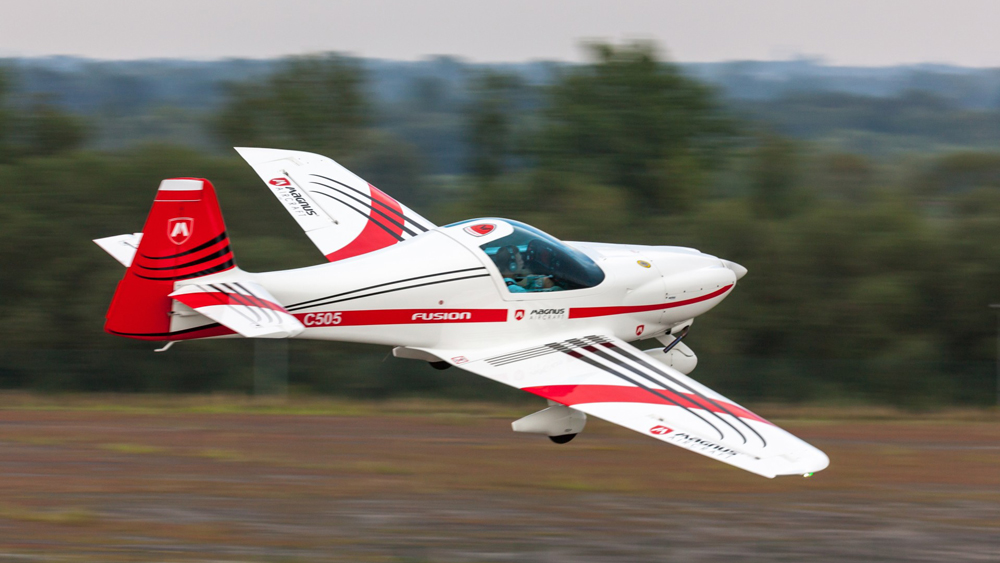 Business jets are great in a utilitarian sort of way, but if you just want to experience the joy of flight from the front seat, look no further than the light sport category. Falling under a special FAA classification, sport pilot licenses are much easier to obtain than full pilot licenses, requiring a minimum of only 20 hours of flight time. So if you’re ready to take the plunge, you need a plane to fly. Consider the all-composite Fusion 212, which has arrived in the United States from Hungary by way of Virginia. The FAA-certified special light sport aircraft went on sale earlier this year and made its EAA Airventure Oshkosh debut earlier this summer.

The plane was developed—and the parts are built—by Magnus Aircraft, a Hungarian airframer that has been in business since 2011. The U.S. company plans to establish certified maintenance shops throughout the county. The parent company in Hungary currently has the capacity to produce two aircraft per month, but it plans to eventually ramp up production to 220 per year. While establishing a presence in the United States, Magnus also has begun doing business in China.

In addition to a lightweight, full-composite fuselage, the Fusion 212 features side-by-side seating with dual controls and a 100 hp Rotax 912 engine that is available in a fuel-injection or carburetor configuration. The engine runs on unleaded automobile fuel, and primarily because of the weight of the aircraft, burns only 5 to 7 gallons of gasoline per hour, depending on payload, flying conditions, and engine type (the fuel-injected version is more efficient). The base model Fusion 212 is priced at $139,900.

The company notes that the plane, which made its first flight in 2016 in Hungary, is engineered for aerobatics. It has structural load limits of plus-6 to minus-3 gs, and it can be special-ordered with a slightly more powerful engine that enables inverted flight. However, The Fusion 212’s FAA certificate limits it to a maximum bank of 60 degrees and a maximum pitch (up or down) of 30 degrees, putting the kibosh on any loop-the-looping in the skies over the United States—that is, any legal loop-the-looping.

Farmers, ranchers, and perhaps vineyard owners take note: Magnus says the aircraft is being tested with optional equipment that would make it suitable for such tasks as agricultural operations and wildlife maintenance. There’s also the Sentinel edition, which is equipped with an air-surveillance camera system—a fleet of Fusions would be much cheaper than a border wall.

The Magnus parent company is developing an electric version of the Fusion, but that program suffered a tragic setback in late spring, when a prototype crashed in Hungary, killing the pilot and passenger. While an investigation is ongoing, no official cause for the tragedy has yet been released—though the pursuit of electric flight marches on.