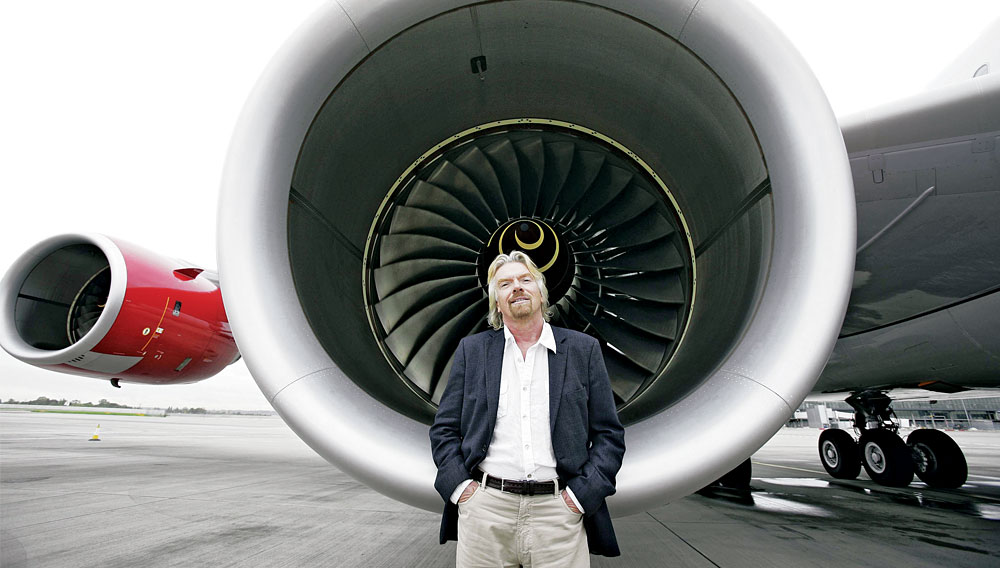 Sir Richard Branson has rarely played by the book. Known as much for his publicity stunts and daredevil exploits as for his ever-expanding portfolio of enterprises—which range from cell phones and soda pop to alternative fuels and stem cell banks—the headline-grabbing billionaire has enjoyed extraordinary success in both business and philanthropy throughout his 43-year career. The Virgin Group founder’s travel ventures include an airline that brought high style back to commercial flying and a collection of ultra–exclusive resorts in remote settings worldwide. Branson is now leading the way in the new frontier of travel with his decades-in-the-making Virgin Galactic, which plans to launch the planet’s first commercial spaceship next year.

I don’t get a lot of satisfaction from cars or paintings or toys. Expense for expense’s sake is not, in my opinion, luxury. Some things can be almost gauche. When you turn up with a million-dollar ring on your finger, that’s not classy. Luxury can mean different things to different people, and I think my version of luxury is something that is tasteful, above all.

I do get satisfaction from creating things that I can be really proud of. When I was 27, I fell in love with this island called Necker in the Caribbean. It had one palm tree and was just naturally, exquisitely beautiful. It was the most beautiful jewel I had ever seen in the world, and since then I have never seen anything more beautiful. But I like to share my luxuries. I don’t like the idea of just using Necker Island for a month out of the year and then leaving it empty. So I created a home that has become maybe the most luxurious holiday in the world, where guests enjoy exclusivity and tailor-made experiences that they might not get elsewhere—and they may even run into me on the tennis courts!

Seeing the world has been so enriching for me personally and has without a shadow of a doubt shaped my outlook. I’m always struck by the number of people from so many countries who are doing inspirational things for the good of mankind.

The Virgin Limited Edition team works hard to ensure they have a positive impact on local communities. In the last 10 years, Ulusaba, our private game reserve in South Africa, has helped disadvantaged communities living adjacent to the Sabi Sand Reserve. One hundred percent of donations from our guests go toward much-needed projects that now benefit over 35,000 people across six communities.

The beneficial effects of tourism extend to other species as well; for example, swimming with whales in the Dominican Republic or with sharks off the coast of Mexico are vital tourism activities that support species preservation and are a great alternative to allowing other countries to hunt them down.

Right now, most hotels—like most airlines—are horrible events. Travel is headed toward more petite, exclusive experiences in nontraditional hotel settings. A lot of people now are going on holidays around the world that are more adventure-based luxurious holidays—up the Amazon or into the Antarctic, where I actually just went with my children.

We are building a spaceship company, Virgin Galactic, that will perhaps be the most luxurious present anybody can be given—the chance to go to space. People are looking for real adventure, and up there, they’ll become astronauts. But the spaceships themselves are beautifully designed with big windows and comfortable seats, so it will be adventurous luxury. Our spaceships—not soon, but in the not-too-distant future—will be able to fly from New York to Australia in a couple of hours, and that for a lot of people would be the ultimate luxury.