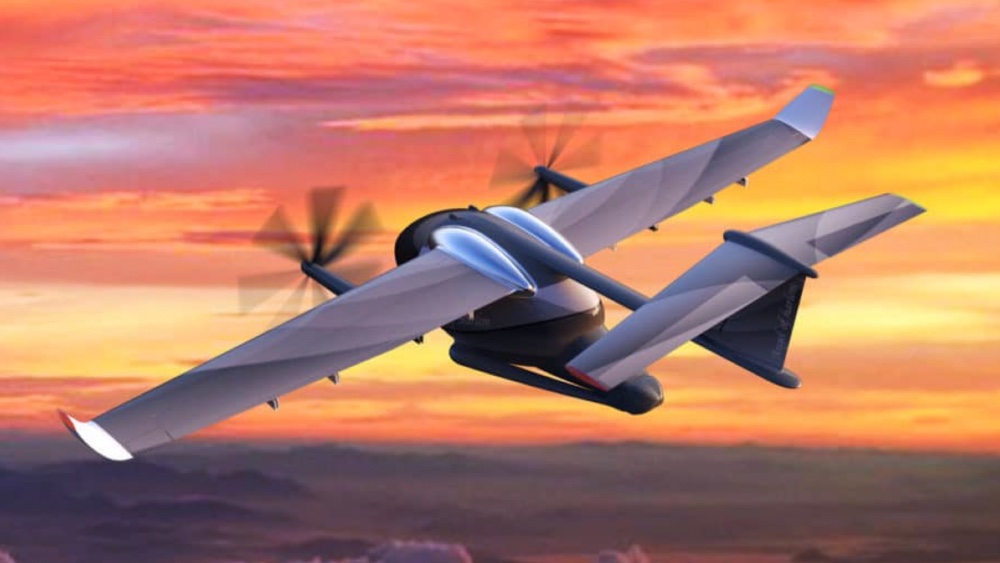 This new pilotless aircraft’s electric short takeoff and landing design (eSTOL) will move passengers in a 125-mile radius at a 250-mph cruising speed. Metro Hop’s unusual design, says its parent company, comes from a “game-changing” active landing gear system that rapidly increases the initial acceleration on the runway to flight speed and, in the same way, quickly decelerates on landing.

The concept of eSTOLs, which take off and land like traditional airplanes, are gaining attention since the manufacturers claim they are much more energy-efficient than the helicopter-like electric vertical takeoff and landing (eVTOL) designs.

The Metro Hop’s stats, at least in theory, are impressive. The manufacturer says that the landing-gear system and large wings would mean the aircraft needs only an 82-ft.-long runway to take off and land. That includes roll-up rubber runways, positioned on rooftops, so that office buildings could be converted into individual airports.

The two-person, pilotless aircraft will be designed for urban and regional commuting.  Courtesy Metro Hop

Metro Hop says the takeoff and landings of its new fixed-wing design also requires dramatically less energy than its eVTOL cousins. Less energy means a faster speed and longer range for the aircraft.

The Northern California startup, which has received grants through the European Space Agency and BIC Bavaria, says its aircraft won’t be replacing eVTOL designs but sees the new design as a reasonable addition to the fast-approaching electric-aircraft segment. Metro Hop plans to first launch a piloted, cargo version which it says can transport goods 20 times faster than a truck on the highway, adding that multiple hospitals have shown interest.

After that, the company plans to introduce a two-person, pilotless passenger plane to serve as a private commuter vehicle or air taxi. The concept is not just science fiction. Chinese eVTOL manufacturer E-Hang has been showcasing its Ehang 216, powered by 16 electric rotors, around the world. The autonomous aircraft weighs about 600 pounds and can carry about the same weight. The company recently announced plans for a sightseeing air tour of Hong Kong using the Ehang 216.

Watch a video of the Ehang’s test flight below: