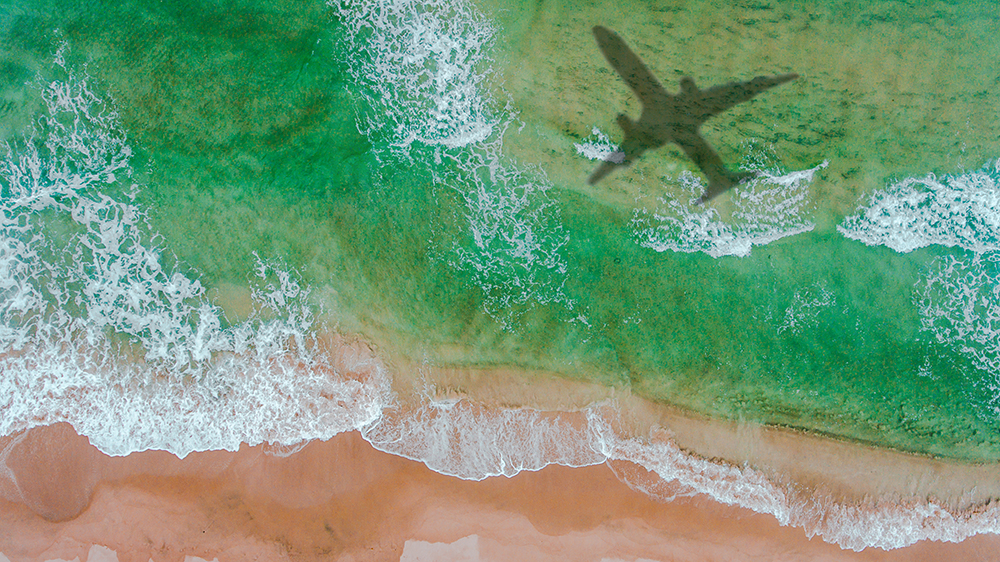 People from an organization called MIB may help save the world as we know it, but these are no Men in Black—they’re from the profoundly un-Hollywood Manchester Institute of Biotechnology, part of the University of Manchester in the UK. They say that a cleaner replacement for jet fuel, made from seawater, could be just a handful of years away.

The biofuel, made by aquatic bacteria, is not only clean-burning but also cost-effective to produce and does not impact food production, according to Nigel Scrutton, director of MIB. And the work is urgently needed.

Aviation’s growing traffic levels are eclipsing efficiency gains—the proportion of greenhouse gases that comes from aviation currently accounts for 2 percent of the global total. The aviation industry has promised to slash emissions by 50 percent from 2005 levels by 2050, and cleaner, sustainable alternative fuels will be key to getting there. But in 2018, biofuels were less than 0.1 percent of the sector’s fuel use, despite the first commercial flight to use such fuels taking place in 2008. They can also be more expensive than fossil-derived jet fuel, too.

Private flying is particularly vulnerable, despite increasing efforts by business-jet makers to support the use of alternative fuels. According to some polls, more than half of Britons support a ban on private flights, and even in the US, the figure is more than 40 percent.

The researchers, funded by the US-based Office of Naval Research Global, are working with the Halomonas bacteria to make replacements for refined crude oil. “That’s the vision,” says Scrutton. “And the beauty of biology is that you can engineer very pure versions.”

Petrochemicals drawn from the ground, even after refining, contain impurities that are part of the emissions problem—including oxides of nitrogen and sulphur. “If you burn a pure biofuel, it’ll end up as just CO2 and water,” says Scrutton.

And there are other benefits. The bacteria can be grown using agricultural and food waste, and the process of creating fuel would have less impact and could be cheaper than for current biofuels. For example, bioethanol comes from plants, such as corn, that compete for land with food crops, and algae needs tightly controlled environments for its production process.

Scrutton believes that Halomonas-derived jet fuel is five to seven years away from being produced at scale. “The next step is to demonstrate it at a pilot level,” he says. “That will develop confidence in the technology.”

Seawater-grown bacteria is not a complete answer—there are still CO2 emissions—but the biofuel it makes will be much cleaner than modern jet fuel and much more likely to make a difference than the very distant battery-powered airliners being promised. Talk about a sea change.