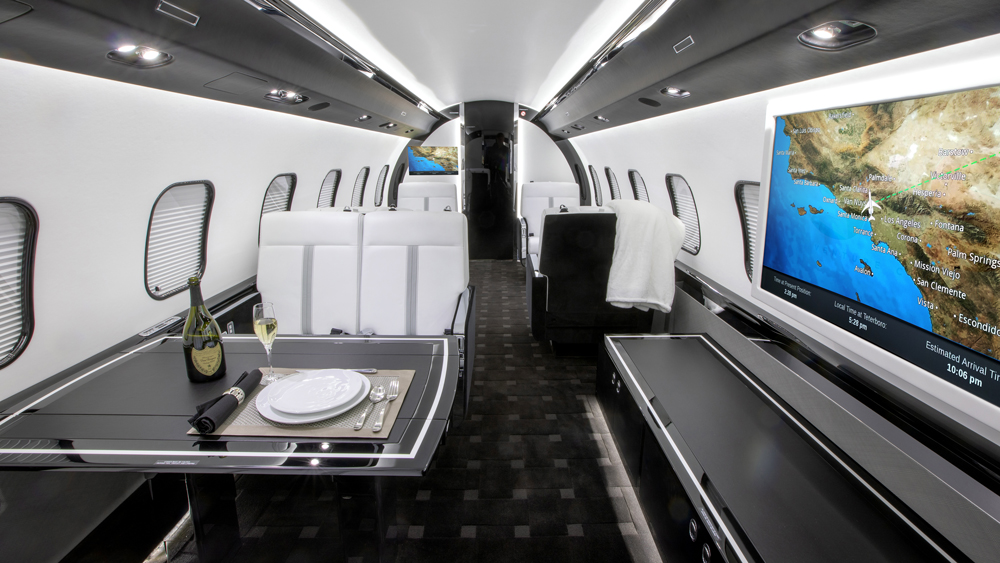 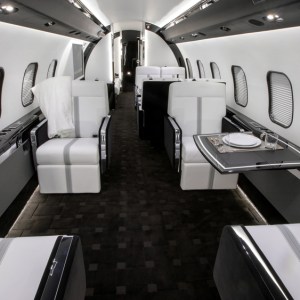 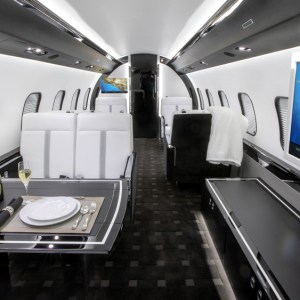 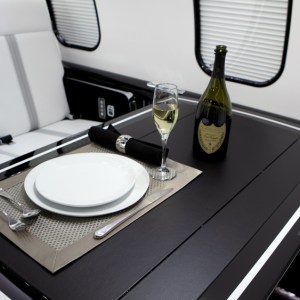 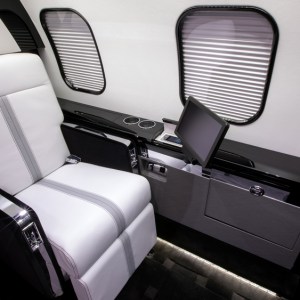 In an intimate ceremony at Jet Edge’s new headquarters in Van Nuys, Calif., the aircraft services company delivered to its new owner a custom Bombardier Global Express that had been completely reworked top to bottom, inside and out—making it the most expensive refurbished Global Express in the world. The best part, you ask? Jet Edge will be offering the plane for charter soon. In fact, the list of folks signed up to fly in the new plane include one of the greatest basketball players who ever lived and one of the top three richest people in the world—and there’s nothing stopping you from joining these rarified ranks.

After thanks were made and tacos served, I had the chance to take a tour of the plane to get a firsthand look at its radical makeover. Stepping up the gangway, the first thing you notice is the beautiful galley, with its shiny appliances and glittering glassware. The effect is made all the more stunning by one of the plane’s most unique features—its mood lighting system—which can illuminate the three different zones of the jet to a specific time of day (think 15 before sunrise, 5 minutes into sunset) or color profile. You can also set your own color profiles (holiday themes, anyone?). The mood lighting system, which is now available on some Bombardier models, is the first of its kind to be retrofitted onto a Global Express, according to Jet Edge.

Once aboard, you are treated to a sleek black-and-white toned cabin—completion was handled by West Star Aviation—with an abundance of chrome. The look is certainly modern, but it retains a sense of timelessness, with the shiny accents even giving it hints of art deco styling. Walking through the planes, I couldn’t help but feel a tinge of sympathy for whoever has to clean all of the glossy and chrome surfaces. The seats—with full lumbar support—were all custom furnished, with white leather fronts and black velvet backs, a combo that even carries over to the pillows, which were made from excess material from the seats. To show you the level of detail that went into this project, each seat has a gray line running down its center like a racing stripe. If you look closely, this stripe is actually composed of two separate stitched sections. When the plane was being outfitted, the project lead noticed that the stitched sides were not perfectly even, so they worked with the manufacturers to remove or add layers to make them the exact same heights.

The jet is composed of three sections: the galley and crew rest area, the main lounge, and an aft section that can serve as a private lounge or be converted into a king-size berth. In the main lounge, a 42-inch television is attached to the bulkhead rather than stowed inside the credenza it’s mounted above. The benefits of this are twofold: without the space allotted to stow the TV, the credenza has much more room, and without the TV resting on it, it can become informal seating. In addition to the TVs, sound system, and cabin entertainment system, the plane is also equipped with some of the fastest airborne Wi-Fi available.  For domestic wireless internet, the plane uses the ground-based GoGo Advance L5 4Gsystem, but for international travel, it uses Honeywell’s JetWave satellite-based Internet, which can deliver true broadband speeds (up to 33 Mbps) to let multiple people stream movies, music, etc.

For Jet Edge, the delivery of this plane is a significant milestone, representing the most ambitious display of their capabilities. This plane represents the level of clientele we attract here and how we do everything from start to finish,” says Jet Edge CEO Bill Papariella, “We sourced the plane, we sold the plane, we helped negotiate the refurb on the plane, we brought it and delivered it, and now we’re going to operate it.”

The Global Express, now dubbed Global One, is available for charter at the rate of $8,000 per hour. For context, that means that the average price of a flight from L.A. to London is $200,000—though you will be able to take 12 people and berth six. So if you’re interested in booking the new plane, reach out to Jet Edge’s booking team directly at sales@flyjetedge.com.