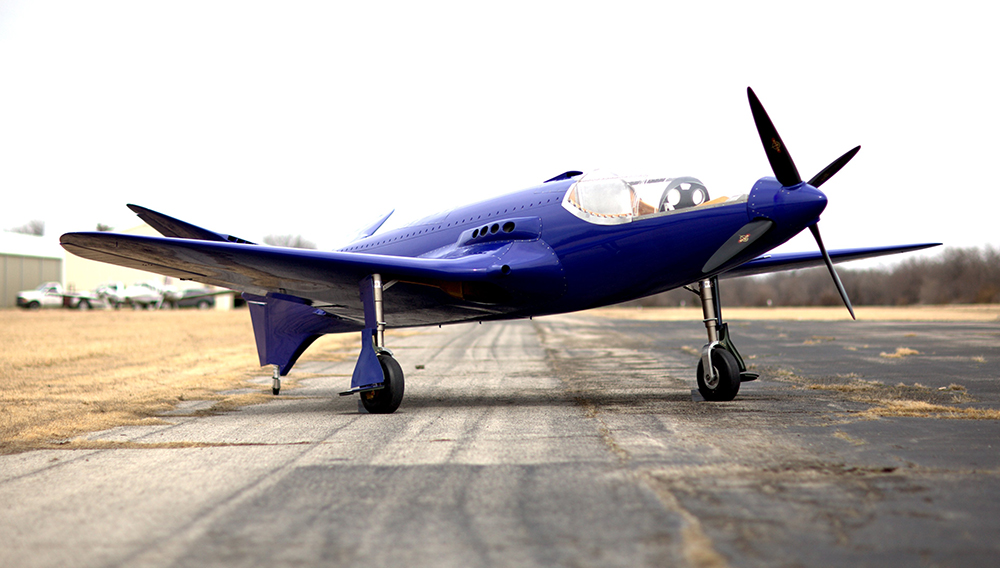 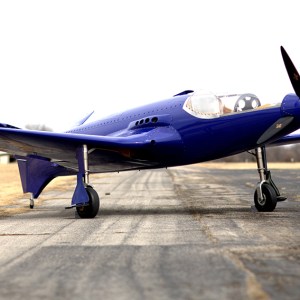 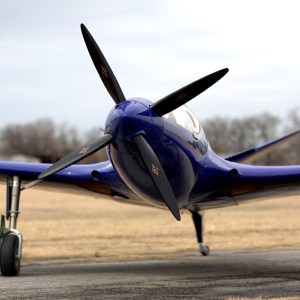 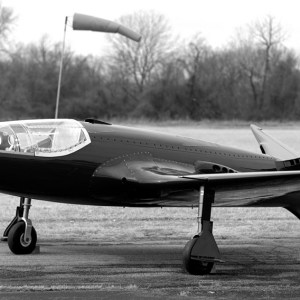 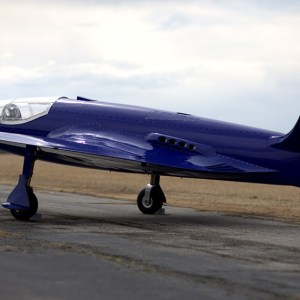 Founded by the car collectors Peter and Merle Mullin, Southern California’s Mullin Automotive Museum is dedicated to the preservation and appreciation of French art deco automobiles and artwork. However, the museum’s latest attraction is a departure from the earthbound Delahayes, Hispano-Suizas, and Talbot-Lagos that crowd its showroom. Now through July 12, the museum will display a one-of-a-kind re-creation of the Bugatti 100P, the only aircraft ever designed by Bugatti’s founder, Ettore Bugatti.

In the mid-1930s, Bugatti set out to design and build a lightweight aircraft powered by his engines that would outperform anything in the sky. Though World War II forced him to stop work on the aircraft and conceal his plans from the Germans, the plane he had designed would have flown faster than any other aircraft at the time, with only half the horsepower. In 1947 Bugatti passed away, and the 100P was never flown.

Using the scant few drawings of the 100P that still exist, along with the many patents that Bugatti applied for, Le Reve Bleu—a team based out of Tulsa, Okla.—has succeeded in re-creating the airplane. Its exhibition at the Mullin Museum marks the first time that the plane has been shown to the public in its nearly completed form. Its unbroken lines and stretched body make it just as beautiful as the cars that Bugatti was producing at the time. With its forward-swept wings, aerodynamic body, and dual forward propellers, the plane was a showcase of the latest technological developments. At the time, Bugatti and his team estimated that its two 450 hp engines would be able to propel it to nearly 500 mph. While he was never able to see his plane attempt to achieve these speeds, Le Reve Bleu will have that very opportunity after the Mullin Museum exhibition, when it will begin preparations for the aircraft’s first flight.

Tickets to the Mullin Automotive Museum are $15 for adults and must be purchased in advance. The list of days that the museum is open to the public can be found on its website. (www.mullinautomotivemuseum.com)