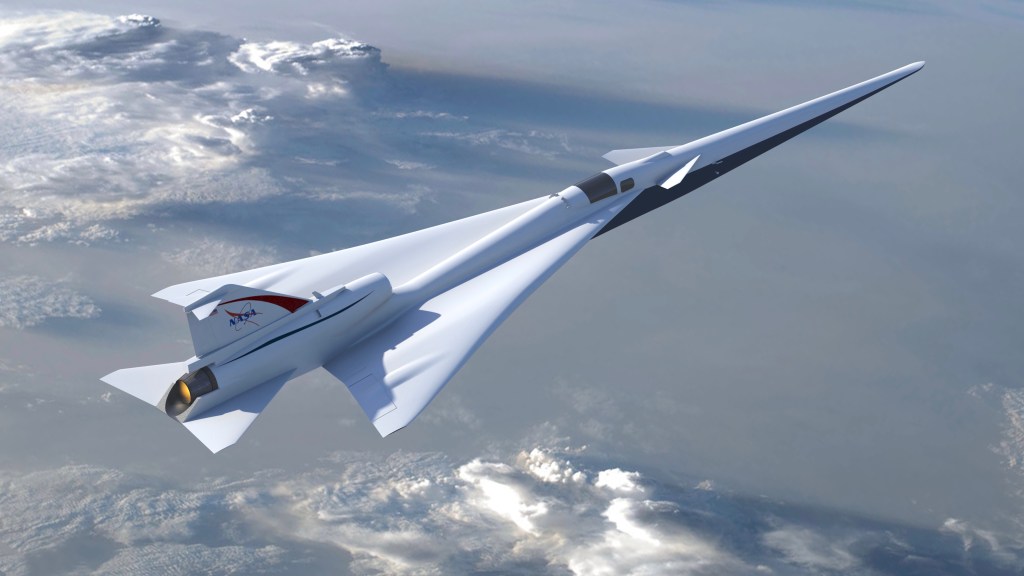 As a slew of startups are hard at work competing to develop the next supersonic passenger jet, NASA engineers are developing Quiet Supersonic Technology that they hope will help reduce the impact of future sonic booms. At NASA’s Langley Research Center, in Hampton, VA, aerodynamic tests are under way in the facility’s subsonic wind tunnel on a 15-percent scale model of a new vehicle design. The tests will help to finalize the details of NASA’s low-boom flight demonstrator, or X-plane.

During October, NASA engineers will conduct aerodynamic tests using the model, and the data collected will help to predict how the aircraft will perform in low-speed flight. NASA plans to fly a supersonic X-plane as soon as 2021, and demonstrate that it’s possible for aircraft to create just a soft “thump” when breaking the sound barrier, instead of a loud sonic boom. Airplanes now are restricted from flying at supersonic speeds above most land areas in the world, because of concerns about noise and vibrations. A quieter aircraft should be able to change that.

NASA partnered with Lockheed Martin last year to complete a preliminary design for the supersonic, single-seat X-plane. A contract will be awarded early next year to complete the piloted test aircraft. The project is expected to cost more than $390 million. Besides the supersonic airplane, NASA is working to develop a series of innovative piloted X-planes to test new technologies that aim to lower fuel emissions and reduce noise.