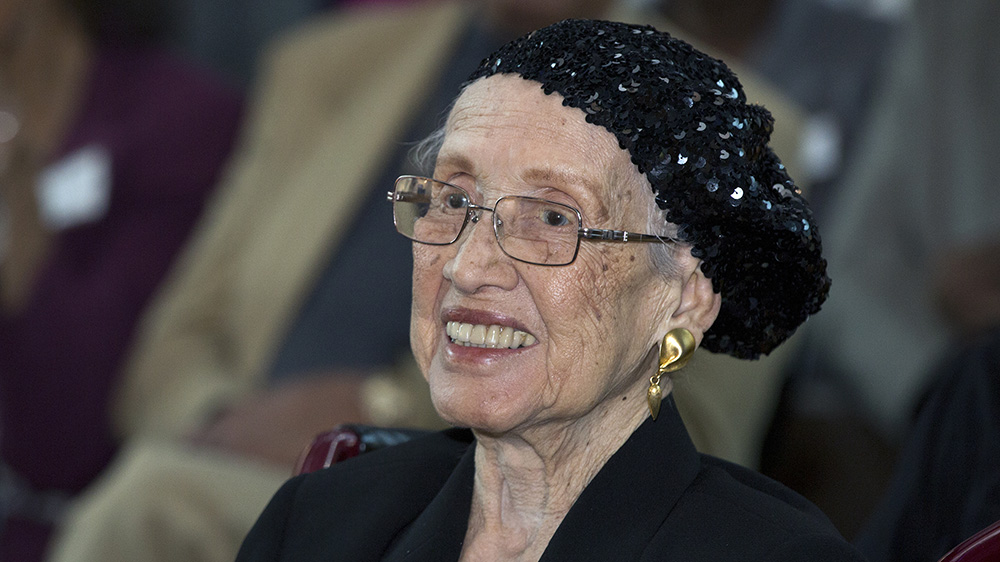 Considering the crucial role Katherine Johnson played in helping humankind reach space, it’s only fitting that a space craft would finally be named after her.

Northrop Grumman has announced that it will name its new NG-15 Cygnus spacecraft after the legendary NASA mathematician. The ship, which will bear the name the SS Katherine Johnson, will be used for an upcoming cargo delivery mission to the International Space Station.

Johnson, who passed away last February at the age of 101, spent 33 years working at NASA as a mathematician. During her time at the space agency, her calculations of orbital mechanics—including trajectories, launch windows, and emergency return and rendezvous paths—were vital to the success of the first crewed space flights. Her work was so trusted that astronaut John Glenn requested that she double check the computer’s calculations by hand before he became the first American to orbit the Earth in 1962. Johnson’s story—along with those of Mary Jackson and Dorothy Vaughn, two other female African-American mathematicians working at NASA at the same time—was the basis for 2016 film Hidden Figures, in which she was portrayed by Taraji P. Henson. In 2015, Johnson was awarded Presidential Medal of Freedom by President Barack Obama.

It is a Northrop Grumman tradition to name each new Cygnus spacecraft after a figure who played a pivotal role in human space flight. And considering all her contributions, especially to Glenn’s first orbit of the Earth, it was only natural to name the latest craft after Johnson.

“Her work at NASA quite literally launched Americans into space, and her legacy continues to inspire young black women every day,” the aerospace company said in a statement. “Northrop Grumman is proud to celebrate the life of Katherine Johnson and her endlessly perseverant spirit.”

This isn’t the first time Johnson’s name has graced a new structure. Indeed, NASA has named two facilities after her: the Katherine G. Johnson Computational Research Facility in Hampton, Virginia and the Katherine Johnson Independent Verification and Validation Facility in Fairmont, West Virginia.