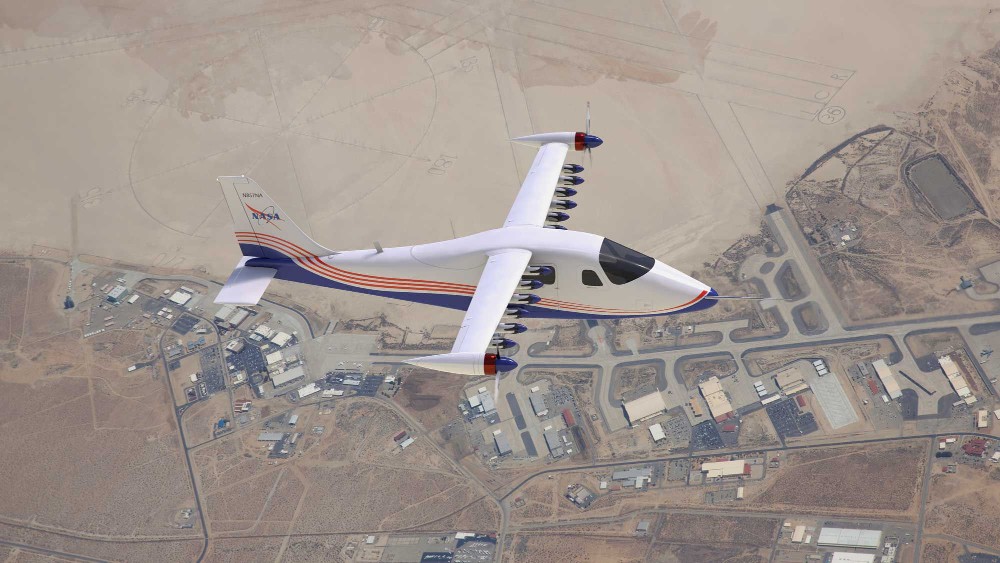 Thought NASA was just about space exploration? America’s favorite agency is hard at work on developing a quiet supersonic jet and electric aircraft as part of its “X-planes” series. NASA’s X-57 “Maxwell” and X-59 QueSST supersonic jet are moving closer to their first test flights after completing ground tests.

The space agency’s X-planes were launched in 1944 to pursue research into high-speed aircraft. The series has achieved many aviation firsts, including breaking speed and altitude barriers, using new materials and propulsion systems, as well as developing hypersonic aircraft.

The X-57 program was started in 2016 as part of NASA’s Scalable Convergent Electric Propulsion Technology Operations Research Project (SCEPTOR). The acronym essentially stands for developing low-emissions aircraft powered by electric motors. The “Maxwell,” an Italian Tecnam P2006T, was converted last year into an electric aircraft by replacing its conventional Rotax engines with two electric motors made by Joby Aviation.

The Maxwell has completed its ground tests and will make its first flight in the next few months from NASA’s Armstrong Flight Research Center in Edwards, Calif. It will be the first crewed X-plane in two decades.

Eventually, the X-57 will be fitted with an experimental wing with 18 electronic propellers along the leading edge. “The X-57 project has already made substantial contributions to the field of electric aircraft propulsion as an initial pathfinder,” said Heather Maliska, X057 project manager, in a statement. “[It is] building a knowledge base of expertise that is influencing industry standards and contributing to future electric vehicle demonstrations.”

NASA’s X-59 QueSST supersonic jet is also moving on schedule. It has returned to Lockheed Martin’s Skunk Works facility in Palmdale, Calif., after doing stress tests in Fort Worth, Texas. A model of the aircraft also recently completed wind-tunnel testing in Japan. The first test of a prototype is expected to happen next year.

The QueSST project, announced in 2018, is an attempt by NASA to reduce sonic booms on supersonic aircraft. The booms happens when the aircraft exceeds the speed of sound. It has been a major reason why supersonic aircraft lost favor with regulators after the Concorde entered commercial service in the 1970s. But NASA plans to mitigate the boom by modifying the shape of the QueSST’s fuselage and extending its nose.

The Concorde produced a maximum sound of 105 decibels, equivalent to a thunderclap. NASA says the X-59’s boom should be about 75 perceived decibels, or no louder than a car door slamming 20 feet away. It describes the sound as more of a “thump” than a boom.

Once the final prototype is completed, the X-59 will have room for a pilot, but it’s not expected to enter commercial service. Like the X-57—and most of the X-Planes—the X-59 was designed to pass along its findings to the aeronautics industry, rather than creating a new aircraft type.