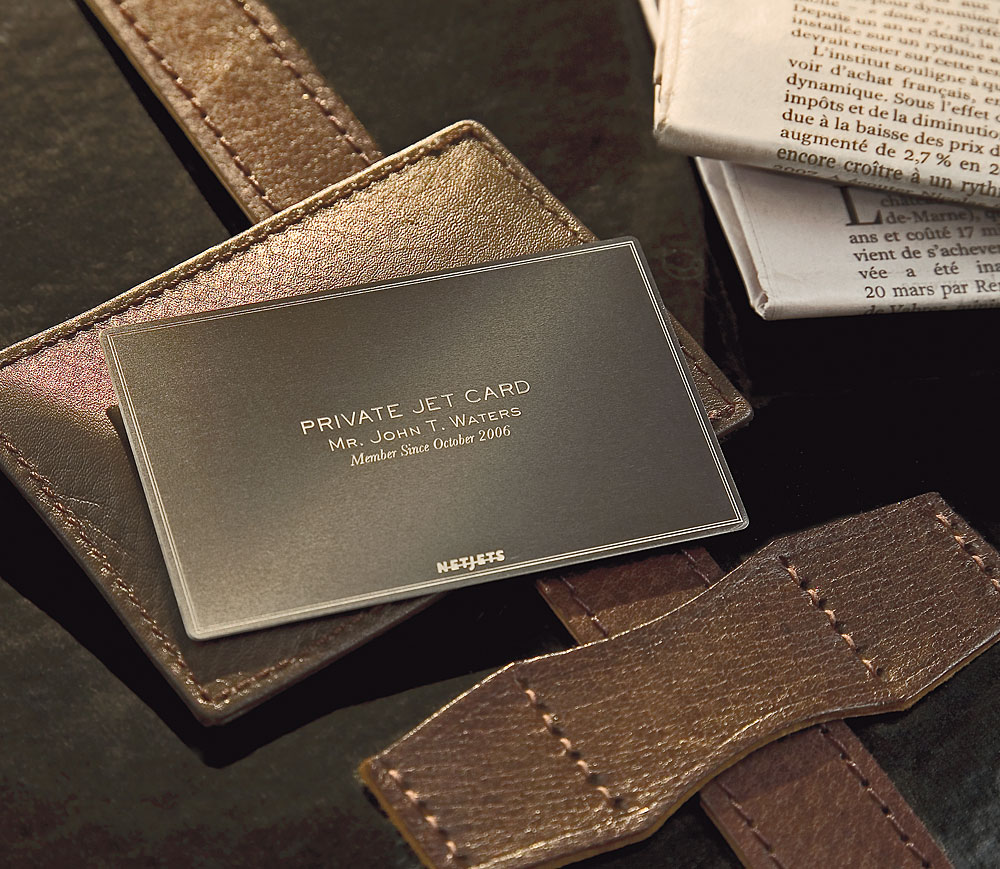 In the past 24 years, Richard Santulli has built the world’s second-largest airline, after American—and it consists entirely of private jets. Like a traditional airline, Santulli’s NetJets owns its aircraft, can fly anywhere in the world, adheres to rigorous safety and maintenance standards, and uses a high-tech operations center to keep an eye on every plane in its fleet. But the resemblances end there. Santulli’s customers travel on their own schedules, avoid check-in and security lines, stretch out in comfort in spacious cabins, and fly with only the passengers they choose.

As he has built his fleet, which now numbers close to 700 owned aircraft, Santulli has also pioneered entirely new ways to fly privately. In 1986 he invented the fractional model of jet ownership, in which a customer buys a share in a particular jet but also has access to every other plane in the provider’s fleet. In 2001 he approved an idea proposed by two young upstarts, Kenny Dichter and Jesse Itzler, to offer flight time on his aircraft in 25-hour increments, and the result was Marquis Jet. (See page 424. Dichter is Marquis’ CEO, Itzler its vice chairman.) Meanwhile, Santulli also provides jet-charter services through his subsidiary Executive Jet Management, which provides access to a fleet of 100-plus managed planes and a network of charter operators beyond that.

The result is a private-jet service with unrivaled size and scope. Last year, NetJets’ 6,700 employees made or managed more than 370,000 flights to 2,400 airports in 150 countries, covering a total of about 220 million miles. “We added 85 jets to the fleet in 2007, and we’ll add another 85 soon,” Santulli reports. “We continue to retire older aircraft so that the fleet is no more than five years old on average, but the net result will be growth.” He notes that NetJets’ expansion owes a lot to Warren Buffett, whose Berkshire Hathaway investment firm purchased NetJets in 1998. “A lot of flight-services operations are owned by equity outfits these days,” Santulli says. “These firms typically want to get a fast return on their investment. But Warren has given us the long-term support we’ve needed to grow. For example, it took us 12 years and $12.5 million to build a fractional business in Europe, but last year Europeans purchased $70 million worth of shares.”

In 2007 the company’s growth allowed Santulli to announce another innovation. Flight-service companies typically charge ferry fees, which represent the cost of moving an aircraft to the place where the client will board it or moving it back to a base after the client lands. But NetJets now has so many customers that if someone flies a jet to a particular location, another client is likely to board it there. The company previously did not charge ferry fees for flights within the continental United States, and last year it extended that policy to other areas that it commonly services, including Europe, Canada, Mexico, the Bahamas, the Caribbean, and Central America.

The growth has not been without bumps. In 2005, Santulli faced a double bind: a labor dispute with his pilots, coupled with the rapid success of Marquis, which was placing unanticipated demands on his fleet. “We didn’t have quite enough capacity for a while,” he acknowledges, “and service to our fractional customers slipped somewhat.” But he solved the labor problem by offering a generous package to the pilots, and he addressed the demand issue by placing some restrictions on flight-card use on peak days such as Thanksgiving and Christmas. (For example, Marquis customers now must own their cards at least 60 days before requesting travel on a peak day.) Dichter says his card owners have not found the restrictions too onerous, and he notes that the limits have ultimately benefited everyone by ensuring that planes are available at all times.

NetJets’ purchase options range from a one-half share of a jet (corresponding to 400 flight hours per year) to a one-sixteenth share (50 hours). The company has 16 jet types in its fleet. At the low end, a one-sixteenth share in a seven-passenger Hawker 400XP costs about $417,000, while at the high end, a half share in an 18-passenger Gulfstream G550 runs about $23.5 million. Shares of Boeing Business Jets are also available at various prices. In the middle of the size spectrum, the price of a Cessna Citation Sovereign begins at roughly $1 million for a one-sixteenth share. Like most fractional operators, NetJets adds a fuel surcharge to the cost of each flight.

Meanwhile, Executive Jet Management (EJM), NetJets’ aircraft management and charter operation, is growing quickly—very quickly. Benjamin Murray, who was named CEO last August, plans to double the company’s fleet in the space of two years. “We had 80 charterable aircraft under management when I started,” he reports from his office in Cincinnati. “Now we have 110, and 16 more are coming. I expect we’ll pass 200 by the end of 2009.”

A large fleet is unusual in the jet-charter business. Most companies manage perhaps a few dozen aircraft, and when these planes cannot meet the demand, they subcontract trips to smaller players. But Murray wants to keep subcontracting to a minimum. “We currently outsource about 20 percent of our charter trips, mainly to seven trusted vendors,” he says. “As we grow, that percentage will decline.”

EJM offers access to 42 aircraft types, at base prices ranging from about $2,000 per hour for an eight-passenger Cessna Citation Bravo to about $7,500 per hour for an 18-passenger Gulfstream G550. Most planes in the fleet have midsize or large cabins. According to Murray, the company’s on-time performance is 99 percent, excluding uncontrollable factors such as the weather. “On the Sunday after last Thanksgiving, we conducted 302 different flights, and not a plane was late,” he says. Overall, the company managed about 36,000 charter trips to over 100 countries last year, for a total of more than 60,000 flight hours. EJM says it generally can respond to a charter request in three to four hours.