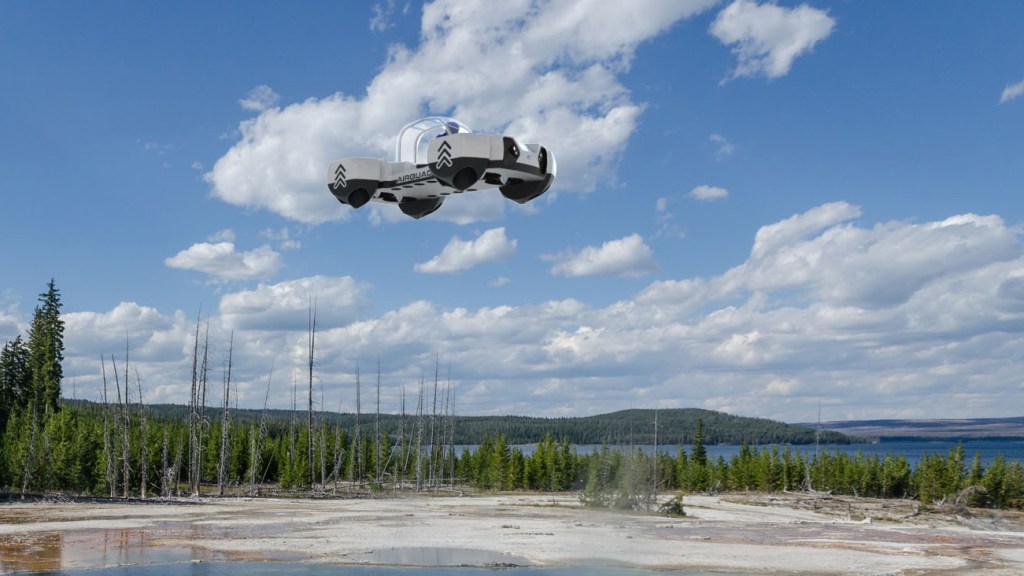 U.K.-based Neva Aerospace is injecting realism into the race for personal aircraft with its AirQuadOne. Introduced recently at the International Paris Air Show, the AirQuad One is one of a growing number of electric Vertical Take-Off and Landing (e-VTOL) concepts. Neva, however, is combining its own static-thrust electric turbofan technologies with advances in batteries to lift it from the sci-fi realm into the real world. The company developed the static-thrust technology concept four years ago, but waited until it was proven before showing it in Paris.

The wingless personal aircraft has a motorcycle-style seat, open cockpit, and 20 fans. The 20 fans provide redundancy in case of multiple fans failing. The AirQuadOne is expected to weigh about 1,100 pounds, reach an altitude of 3,000 feet, and have a flight time of 30 minutes, including vertical takeoff and landing. Neva, which also develops electric-ducted fans and unmanned VTOL aircraft, is working on a hybrid version that should double flight time.

A battery pack, similar to those in electric cars, powers the fans that provide “distributed thrust” for vertical thrust. Twelve of the fans are fixed. The other eight tilt to deliver thrust for forward flight. The batteries can be charged at standard car recharging stations.

“This is an exciting use of our principles for 3-D distributed propulsion with electric turbines,” says David Brotherton-Ratcliffe, Neva’s co-founder and chief science officer. “This approach provides safety and control through redundancy. The only limitation we have is the current limitation of the battery technology available.”

Brotherton-Ratcliffe says the AirQuadOne is “essentially” a rotorcraft. The AirQuadOne’s vertical lift comes by all the fans working together, similar to a standard multicopter. The eight tilting fans, with a higher dynamic thrust, provide a “substantial percentage” of the lift. “The next steps will be ensuring redundancy in flight controls and energy sources,” he said.

Neva will be applying for FAA and EASA light-aircraft certification for the AirQuadOne in the U.S. and Europe.