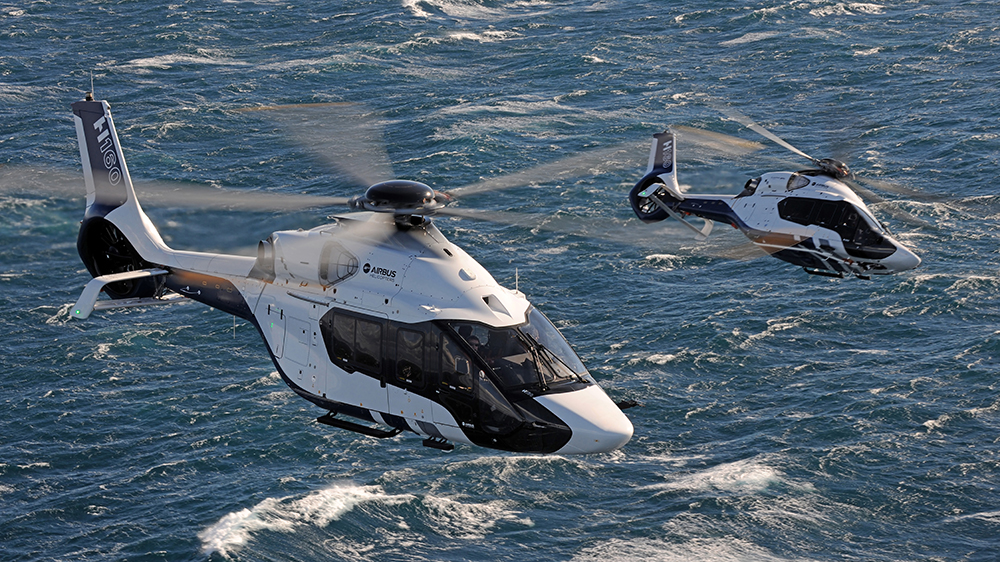 Arriving in the US later this fall, the eagerly anticipated ACH160 Exclusive is a step up from Airbus’s previous generation of executive helicopters. The new interior is a game changer, with its improved sound insulation and expansive, double-paned windows that open up the view even as they cut back on engine noise.

Co-created by Airbus and yacht designer Harrison Eidsgaard, the ACH160 was designed to provide a large blank canvas for whatever an owner wants in the cabin: lounge chairs arranged for a tête-à-tête, three seats across or any other configuration of seating for up to eight. Having one of the world’s most sought-after yacht designers create an executive helicopter interior made sense, since the Eidsgaard team filled the cabin with every inch of functional space for passengers while retaining the minimal, elegant look.

The quality after completion is also worth noting. Airbus’ obsessive attention to detail shows beyond the avionics and technical components. It comes through in the grain-matched veneers and other woodwork with as many as eight coats of varnish. It is displayed in the ergonomics of small but important details, such as the outer steps that lower at the touch of a button, and get close to the ground for easier boarding.

The chopper’s intuitive Helionix flight deck is also a technical assist for the pilots, with two to four multifunction screens on both sides of the cockpit that display pertinent information in real time, as the pilots need it. The functions can be divided in multiple modes, so the pilot and copilot can monitor different systems simultaneously. The Helionix 3 is a true breakthrough in helicopter avionics.

The new Safran turboshaft engines deliver a fast cruise speed of 172.6 mph and a range of 512 miles, while burning 15 percent less fuel. The ACH160 will have a maximum endurance of four hours and 30 minutes.

Check out more photos of the interior below: