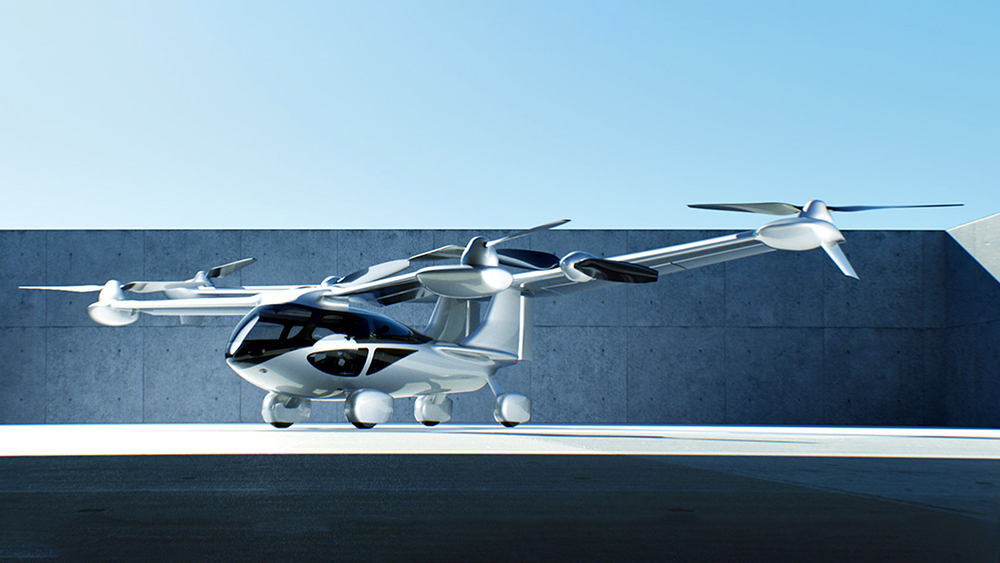 California-based ASKA showed off its electric “flying car” with a full-scale interior mockup at CES last week. Unlike other flying cars entering the market, the AS5 looks and behaves more like a conventional eVTOL than a converted airplane design.

“People were excited when they got behind the wheel and saw how easy it would be to drive and fly,” said Guy Kaplinsky, ASKA’s co-Founder and CEO.

The company has established a Tesla-style retail store in Los Altos in Silicon Valley, and is taking preorders for the aircraft ($5,000 deposit, $789,000 retail). ASKA has a manufacturing center in Mountain View, Calif., where it says it can produce two eVTOLs per month. Kaplinsky expects the AS5 will be certified and on the market by 2026.

Airborne, the five-passenger flying car will have a range of 250 miles and top speed of 150 mph. On the road, the street-legal AS5 will be able to travel at 70 mph. But unlike other flying cars on the market, it will be capable of vertical takeoff and landing. The aircraft can also be charged like any other EV.

The AS5 has six unfolding rotors for flight, as well as a large wing that helps with gliding and fuel efficiency. The rotors tilt for control. Each rotor has an independent battery power source plus a range extender. The redundancies are designed for continued flight and safe landings in the event of an emergency. A ballistic parachute is also standard.

The AS5’s in-wheel motor technology allowed the engineering team to design four wheels to be positioned outside the fuselage for all-wheel drive traction. Having the wheels outside the vehicle also frees up the interior space.

The team reported high foot-traffic at the CES booth to sit in the AS5’s full-scale cockpit. “We’re proud of our engineering team’s abilities to develop such a high-level concept model of the cockpit and dashboard to advance the design of our subscale model,” said Maki Kaplinsky, co-founder and chairman, following the show. Kaplinsky said full-scale flight testing will begin this year.