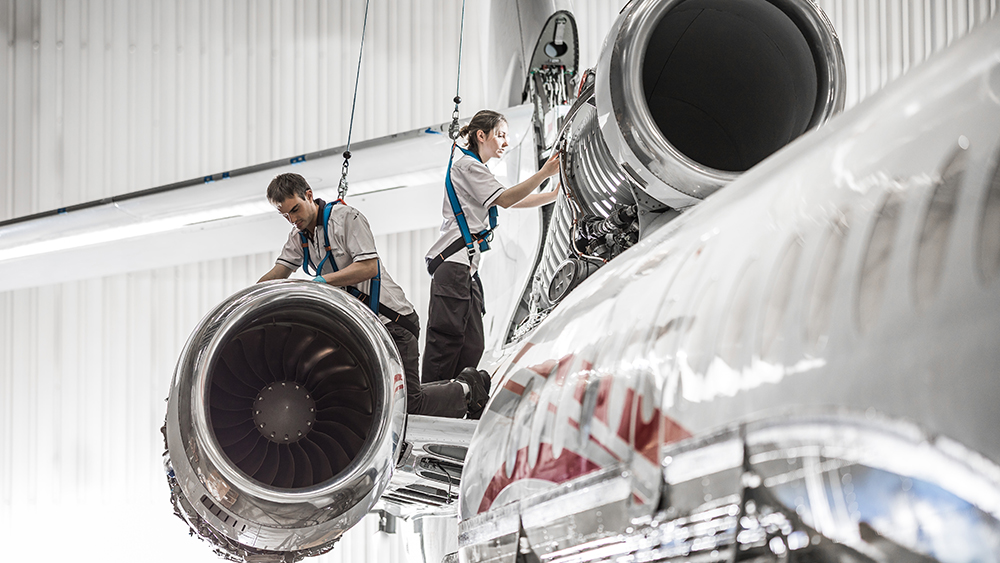 Large numbers of US business jets might just as well file a flight plan direct for the scrapyard, as recent mandatory upgrades and required repairs run the risk of pricing them out of the sky. In fact, two big rule changes—which take effect next year—threaten to ground as many as a fifth of the nation’s older private jets.

One is an upgrade in required avionics to provide what is known as ADS-B Out ability. Standard on newer jets, the technology allows aircraft to automatically report their location. The rule takes effect January 2020.

The problems don’t stop at the upgrade cost, which could easily run $90,000 and more. If operators have not already booked the work, they will struggle to find an avionics shop that can do it before the deadline. More than 30 percent of US-registered business jets (about 6,000) are not yet ADS-B compliant, according to Avionics International magazine and data-services company FlightAware.

Many planes are just not cost-effective to upgrade, points out Tim Barber, who heads European sales and acquisitions at leading business-jet support facility Duncan Aviation: “If you’ve sat on a 30-year-old aircraft worth, say, $500,000 or less, then the idea of spending more than $100,000 doesn’t really appeal too much.”

A technicians at Dassault Aviation working on the new Falcon 6X.  Adrien Daste

The other issue is a mandatory safety repair to a particular type of Honeywell turbofan engine used on a number of Hawker, Dassault Falcon and Cessna aircraft. As the average cost for the fix is $325,000, many operators have put it off as long as possible. But the deadline is October of next year, and there are nearly 1,400 noncompliant engines. “The 2020 mandates have rendered a significant number of older aircraft uneconomic projects for conversion,” says Barber. “There are few options other than parting out.”

There is, however, a bright side for the industry and some owners. This year, prices of used jets stabilized as the percentage of the business-jet fleet on the market fell to 9 percent, from a high of nearly 20 percent during the global financial meltdown. But there are signs prices are edging up again, as favorable tax treatment for the category runs out.

According to Barber: “If you subtract those aircraft that will not have upgrades, then we’ll ultimately see a sizable fall in inventory for sale.”

That would be good news for sellers of newer jets, plane manufacturers and, eventually, the environment, as less fuel-efficient birds have their wings clipped. A case of snatching victory from the jaws of defeat.