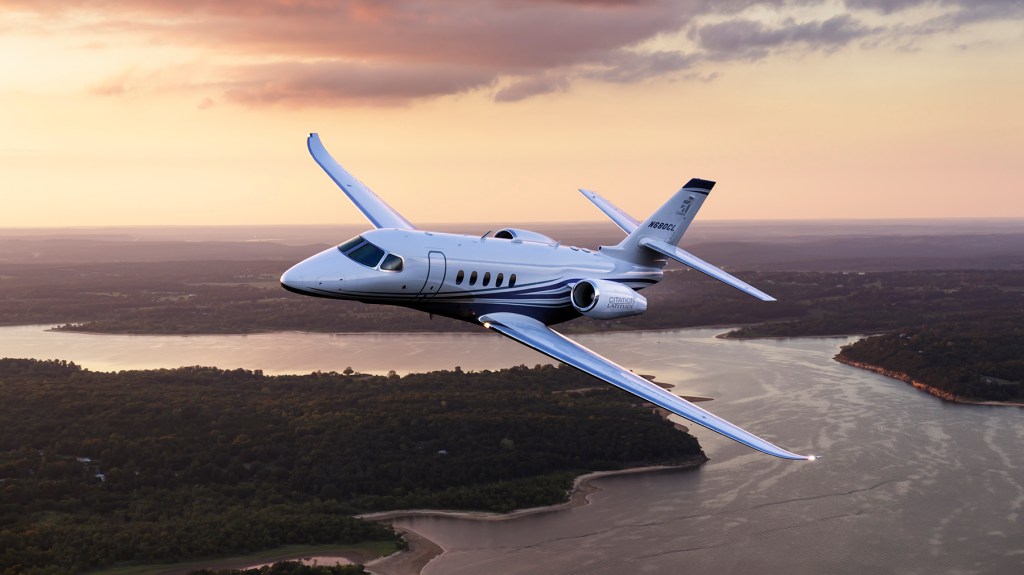 For this Best of the Best section, we looked to Robb Report’s Aviation Advisory Board to select the top business jets that have entered service in the past couple years but have not yet established a track record. Our experts chose the four planes below.

The midsize Cessna Citation Latitude ($16.3 million) was announced in 2011, entered service in August 2015, and quickly became one of the world’s best-selling business jets. Cessna, which is owned by Textron, delivered 42 examples last year, making this the most-delivered aircraft in its category. By the end of 2016, the worldwide fleet of Citation Latitudes had grown to 58. “The initial reaction by the market to the aircraft has been very positive,” says Robb Report Private Aviation Advisory Board member Lee Rohde, the founder, president, and CEO of Essex Aviation Group in New Hampshire.

The Latitude’s cabin features the Citation line’s first flat floor and 6 feet of headroom. It can accommodate nine passengers. A new cooling and pressurization system gives passengers the feeling of flying at just 5,950 feet when the airplane is traveling at its maximum operating altitude of 45,000 feet. The cockpit is equipped with Garmin G5000 touchscreen avionics and synthetic-​vision technology. The jet’s maximum range is 3,280 miles, and it can fly more than 3,100 miles nonstop when carrying four passengers and traveling at its high cruising speed of 513 mph.

Like the Citation Latitude, the midsize Embraer Legacy 500 ($20 million) has a flat floor and 6 feet of headroom. The typical cabin configuration includes seating for eight passengers in club seats, which fully recline into four sleeping berths. The jet can travel as high as 45,000 feet, but even at that altitude the cabin pressure feels the same as it does at 6,000 feet. A range of nearly 3,600 miles enables coast-to-coast travel, and the jet’s high cruising speed is 536 mph.

Embraer delivered the first Legacy 500 at the end of 2014, and in the aircraft’s first two full years of service (2015 and 2016) delivered a total of 43 examples. In April 2016, a Legacy 500 that Flexjet ordered became the 1,000th aircraft delivered by Embraer Executive Jets, Embraer’s business-jet division.

The cabin of the newer Embraer Legacy 450 ($16.5 million) is about 3 feet shorter than that of the Legacy 500, reducing the standard-​configuration seating capacity to seven (including four club seats that fold down into two beds).

But the Legacy 450’s cabin also has a flat floor and 6 feet of headroom. Both aircraft are equipped with the state-of-the-art Rockwell Collins Pro Line Fusion avionics suite, and their performance numbers are comparable. The Legacy 450’s range is 3,337 miles when carrying four passengers, and its high cruising speed is 532 mph. Deliveries began at the end of 2015.

Bill Quinn, a member of Robb Report’s Private Aviation Advisory Board and the founder and president of Aviation Management Systems in New Hampshire, calls the Dassault Falcon 8X ($58 million) “a game changer in its class.” If you classify the 8X as an ultralong-range jet and compare it to the Bombardier Global 6000, its range (7,422 miles) is greater, its cabin (43 feet) longer, and its price better.

In the large-cabin ultralong-range class, the 8X doesn’t have the range or the cabin space of the Gulfstream G650ER, but according to Dassault its operating costs are better, and its ability to make steep descents and fast climbs allows it to access some airports that are off-limits to other large jets. The 8X, which entered service last year, also has an unusually quiet cabin, and the pressurization makes it feel as though you’re flying at just 3,900 feet even when you’re really cruising as high as 41,000 feet.