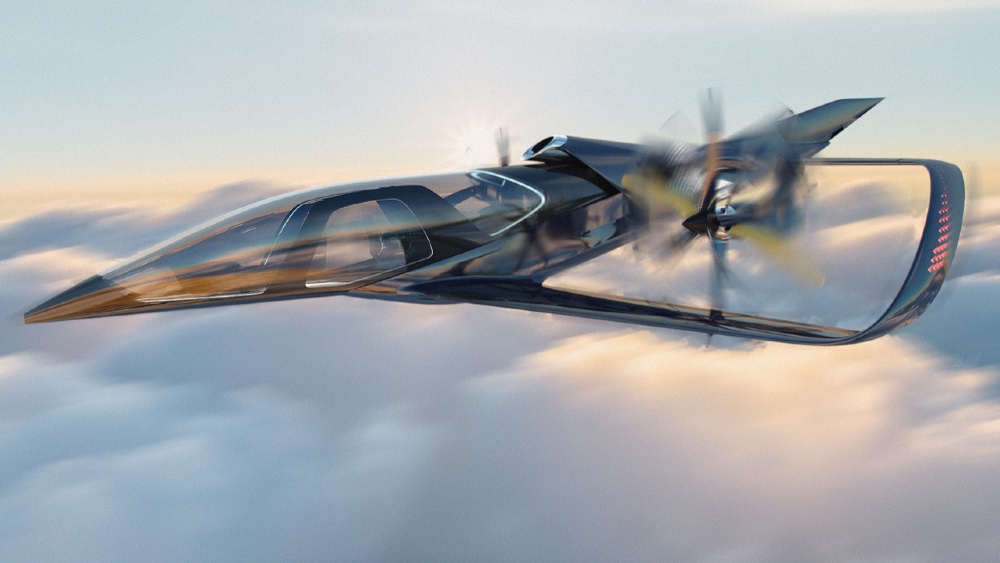 Talk about the best of both worlds.

Embraer Design Ops has put together a pair of autonomous vehicles that travel by land and air without the passengers ever having to get out of a central pod. The team created the Pulse Concept for Embraer’s 50th anniversary.

The Pulse Concept transfers the all-glass pod from the aircraft to the autonomous vehicle, so passengers never leave the safety of the pod.  Embraer

Looking ahead towards 2070, the Pulse is also a first-of-its-kind transportation system, linking the autonomous airplane and car with a central pod. The designers took a look into what they see as future trends in technology and roadmaps of developing products. The stylized but elegant Pulse includes an eVTOL aircraft and land vehicle that both evoke the romanticism of flight in the 1950s, but with a space-age edge.

The smart-glass cockpit allows passengers to work, communicate with others or be entertained while the pod is cruising at 20,000 feet or along the highway.  Embraer

The designers say the transparent  pod—as the heart of the system—will result from future advances in glass technology and see-through alloy materials.

“The fuselage is particularly interesting,” Jay Beever, vice president of interior design for Embraer Executive Jets, told Robb Report. “The pod structure is made of transparent aluminum, otherwise known as Alon. Though this material is classified and currently being considered for use by NASA and other governmental anti-ballistic projects, I think it would make a fantastic fuselage material.”

The pod is designed to move seamlessly between the bird-like VTOL and autonomous vehicle, so that the passengers never have to leave the protective environment. The transparent exterior will also be a smart window, allowing its VVIP guests to work, be entertained or communicate with others on journeys.

Beever says the design follows Embraer’s DNA for interior design on its business jets. “Our current aircraft interior guidelines require three layers of material breakup and material change when a function is required,” he says. “We also have a geometric dimensioning and tolerancing (GD&T) strategy which allows for adjoining systems and parts to move and/or be fixed in place depending on the purpose.”

The designers used those physical guidelines on the Pulse, but blended in contemporary styling from their business jets.  “We’ve been featuring our Bossa Nova collection in our Executive Jets today, and in the Pulse, we’ve placed the Ipanema sew style on the primary principal seats,” says Beever. “There are other features of this interior that provide a sneak peek into projects we are working on, but we can’t reveal those.”

One of Beever’s favorite features is the Pulse’s ability to extend air travel beyond airports, with “door-to-door service” between destinations. The other is its “bird-like” capabilities. “Birds have the ability to takeoff from anywhere, hover, abruptly turn around, and soar,” he says. “EVTOLs act more like this than any flying aircraft to date.”

In this evolution of the Pulse Concept, the Pods are used as multiple drones for fire-fighting and rescue in natural disasters.  Embraer

The Pulse Concept actually started as a design exercise in ways to use future aircraft for the common good. “There might be a time in the near future where drone fire-fighting equipment may be required for disasters, like what’s happened in Australia and California,” says Beever. “We can imagine future designs being the humanitarian evolution of this concept.”