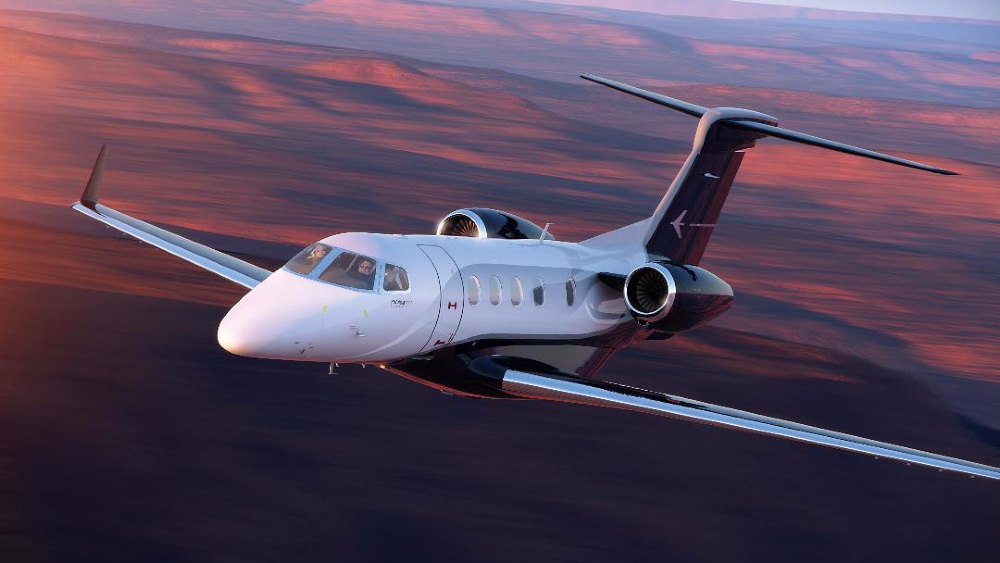 A new kind of traveler is emerging in private aviation, according to leading charter and fractional firms. These travelers are high-net-worth individuals who have the financial means to pay the supplemental costs of business over commercial aviation, but have refrained from doing that before now because of financial qualms or philosophical concerns about flying privately. Covid-19 has changed the game.

“From March 1 through June 8, we saw a 117 percent increase in new customers compared to the previous year,” Anthony Tivnan, president of Magellan Jets, told Robb Report. “The numbers are even more important when you consider that last year was a record year for new-client acquisitions.”

Michael Silvestro, Flexjet CEO, has also seen recent spikes in enquiries. “Our website enquiries are unprecedented at the moment,” he told Robb Report. “After three difficult months, demand is back up.”

High-net-worth individuals are gravitating towards the “safety bubble” of private jets for personal travel.  Magellan Jets

Both executives said that year-to-date revenues are down compared to 2019, but that the gain in enquiries has been encouraging. “If you think about private aviation, the previous crises were all financially based,” Silvestro says. “Typically, flying in a private jet is the first thing you give up. In this crisis, because of the inherent safety we offer, it’s the last thing people want to give up.”

Almost 90 percent of the clients flying via Magellan these days are for personal travel, Tivnan says. “These people typically view flying privately as a safety net over commercial,” he says, noting that many trips have been evacuations from crowded areas like New York City to less-crowded centers in Florida. “Business jets are able to reach 5,000 airports around the country compared to 500 on commercial flights—and that 500 will continue to shrink as the airlines cut back,” Tivnan adds.

Tivnan thinks the demand for business jets will increase as the economy begins to open and corporations send out staff. “The uncertainty remains, and many company CEOs are now asking themselves how they’ll keep their colleagues safe,” he says. “Beyond the safety concerns, we’ve seen surveys that businesses using private jets outperform their competitors by 23 percent in revenue growth. We see companies using business aviation having a competitive advantage over those that don’t.”

Flexjet has also experienced big gains in enquiries from new fliers for its fractional programs.  Flexjet

The company today announced Magellan Jets Membership Program. The two programs, which have different terms and price points, are aimed at both the newcomers and experienced private flyers. A Magellan statement said they are “ideal for new private flyers transitioning from commercial first- and business-class,” with the “pay-as-you go” advantages of charter, but also guaranteed access to four categories of aircraft and a lower initial investment than other membership programs. The programs also offer benefits like guaranteed access to four categories of aircraft, no blackout dates or fuel or peak surcharges. The more expensive of the two programs has aircraft that were launched in 2007 and after, free WiFi and catering and carbon offsets.

“We’ve simplified them to focus on lowering barriers to entry for new fliers,” Tivnan says. “Many of these people may not need 25-hour jet cards. It also takes the guesswork out of the charter network.”

“We’re also targeting existing private-aviation fliers who may not want to invest large amounts in similar programs,” adds Joshua Hebert, Magellan CEO. “The terms are straightforward and the hourly rate is the highest value in the marketplace.”

Flexjet hasn’t introduced any new programs during the pandemic, but existing programs like its Red Label fractional program, continue to be popular among members. Silvestro is more measured about conversions of the enquiries into actual memberships. “We just don’t know how many of the increased inquiries we’ve seen will turn into sales,” he says.

Both Magellan and Flexjet expect private jet activity to increase in the long term, certainly at least until a Covid-19 vaccine is in place. “I believe business aviation will become more desirable as a result of Covid-19,” Silvestro says.